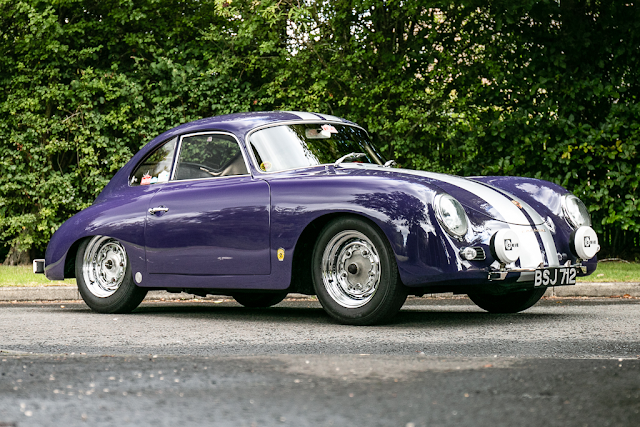 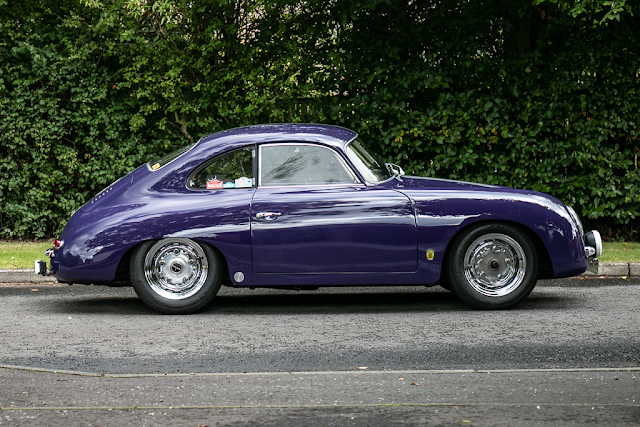 Without Porsche’s diminutive 356, the company would not be where it is today and over 76,000 were built from 1948 to 1965 in Coupé, Cabriolet, and Speedster body style. The first major update to the 356 platform was the 356 A, which was introduced at the Frankfurt Motor Show in September 1955 and featured a curved windscreen, slightly modified suspension, and a new, more powerful, 1600cc engine.   These cars also received a new instrument panel, which included a tachometer and a fuel gauge, and also featured a lowered floor, which helped to improve the legroom.

The car presented here is a 1958 Porsche 356 A Coupé which our vendor has owned and campaigned for over 20 years.  The car is a fast road/classic rally-prepared car with period modifications (FIVA papers 1999). This thorough conversion work was carried out by marque specialist Barry Curtis and is fully documented in numerous invoices in the car’s history file.  On-going maintenance of the engine and chassis has subsequently been carried out by Barry Curtis and more recently Mike Smith of PRS Services and Tarduff Motors of Linlithgow.  This special car has been featured in a number of magazines over the years including a major feature in ‘Classic Car’ in 1998.

At the heart of the car is a 1720cc engine which, along with the running gear, was fully re-built by Barry Curtis utilising period-correct oversized aluminium pistons and barrels, Zenith NDX carburettors, an additional in-line oil filter and a bespoke Barry Curtis sports exhaust.  The engine is currently set-up for fast road/rally driving with a 4-speed gearbox with three close ratios and a long fourth gear.  The car benefits from being rewired with 12 Volt electrics and more durable relays and electrical circuits, plus the adoption of dual-circuit brakes, ‘B’ polished drums, ‘B’ stub front axles, Koni Classic shock-absorbers, and an uprated front anti-roll bar.  Other nice features include an original 356 Carrera plexiglass rear screen with period plexiglass side windows, an aluminium engine lid, a period lightweight interior with aluminium-framed Speedster seats, a VDM aluminium steering wheel, an Eberspacher petrol heater, and a complete rally navigators’ instrument panel with lighting, switchgear, auxiliary power, and original Halda Speedpilot and Tripmaster timing gear. The car currently sits on chrome wheels (+ spare) with Avon CR6 ZZ tyres.

The vendor describes the bodywork as being in ‘excellent condition’, having been ‘lightly refreshed’ in 2015 by Peter O’Malley of the Eastern-Western Group in Edinburgh (who recently restored Porsche Club GB’s 356).  Peter stated that the car is the best 356 he and his team have ever worked on!

If a new owner wanted to potentially return the car to nearer its factory-spec, some rare original parts do come with it including the wooden floorboards and ribbed rubber over-mats, glove-box door and fittings, radio blanking plate, sun visors etc.

The car has proven abilities and excellent provenance, being well-known in endurance rally circles and having participated in the Liege-Rome-Liege, Coupes des Alpes, Monte Carlo, Classic Marathon, and Classic Malts amongst others, and, as it features period modifications only, it's eligible for prestige endurance rallies where originality can be a bit of an issue. It was retired from rallying in 2008 and has been dry-stored, run-up, and used only occasionally since.  This charismatic little Porsche comes with masses of history, restoration photographs, invoices and other documentation supporting its adventures and it has always been serviced/maintained to the highest standards, regardless of cost.

Could be a lot of fun. 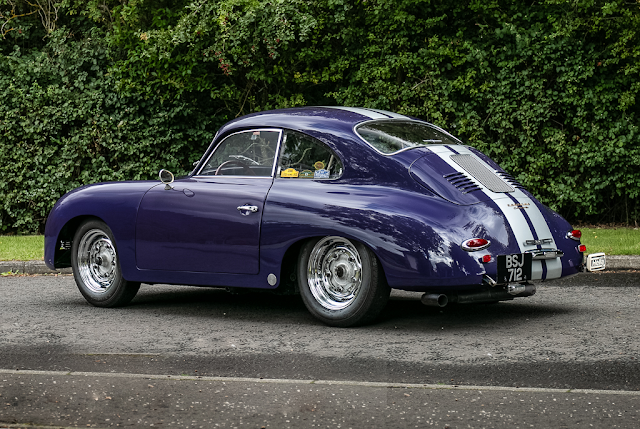 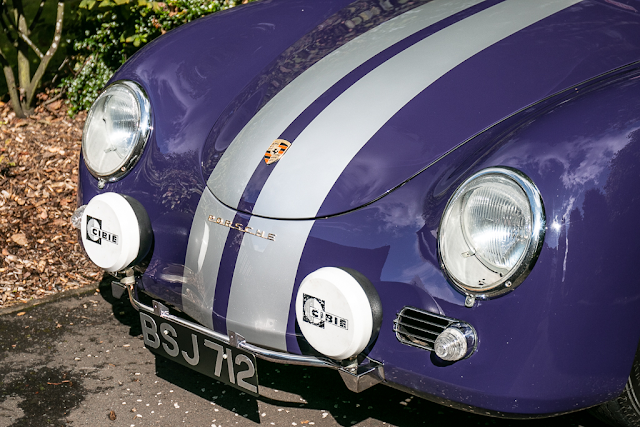