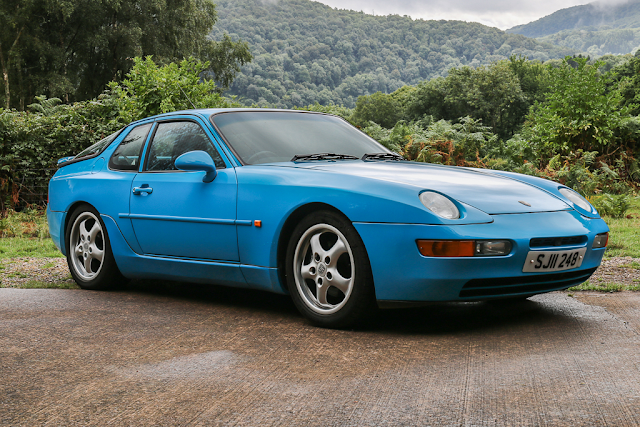 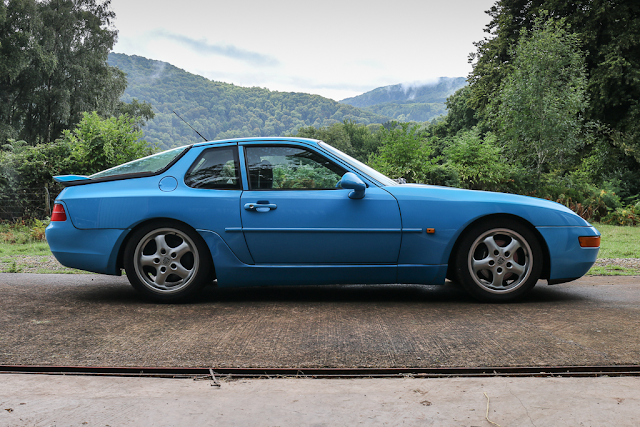 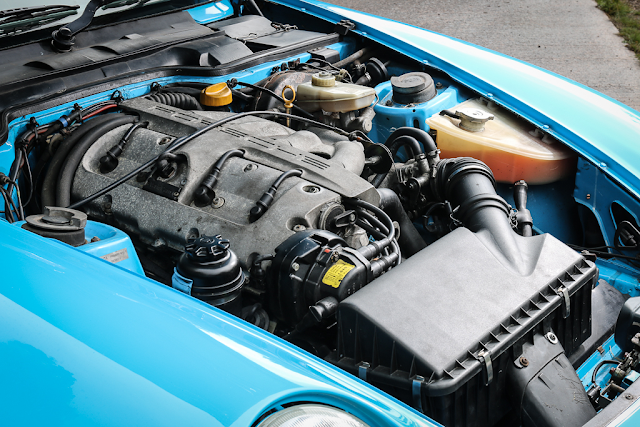 This is one of only 306, right-hand drive, UK 968 Sports produced during 1994 and 1995 forming part of the run of 1,923 968 Club Sports produced by Porsche in that period. Although badged as '968 Sports' in the UK, all are genuine 'ClubSports' with the luxury package option, which included electric front windows, rear seats, a sunroof and other ‘refinements’.
This lovely example, finished in the rare and desirable Riviera Blue more normally associated with the 911 GT3, is owned by well-known motoring journalist and Porsche authority, Andrew Frankel, and has been known to him for 18 years. Back then, it was owned by his brother who sold it to a close mutual friend, a cardiologist on the Isle of Wight, who kept the car until Andrew bought it in 2016. At the time the car was checked over by a senior technician from Porsche Cars Great Britain and found to be in excellent mechanical and structural condition. An entirely precautionary cambelt change was completed at PCGB at that point, since when the car has covered fewer than 2,000 miles.
Andrew bought the car to enable him to write an in-depth feature comparing the 968 to a Porsche 918 Spyder, resulting in cover stories for the 'Cars Section' of the Daily Telegraph (10 September 2016) and 'GT Porsche' magazine (August 2016 issue). The car has been written about extensively in the media and has also featured on the cover of Autocar.
During his ownership, Andrew has treated the Porsche to some gentle cosmetic restoration, including complete refurbishment of its wheels and the fitting of brand new, correct specification, N-marked Michelin Pilot Sport tyres. He also fitted a Porsche 'Classic' combined entertainment and satellite navigation unit complete with twin USB charging ports. One side of the car has been resprayed where the car had been poorly repainted following its only known accident (resulting in a dented wing but no other damage). The interior is in dark grey cloth and appears to be in excellent order. Pressure of work has meant that Andrew has rarely had the chance to use the car, resulting in his reluctant decision to offer it for sale today.
There is an extensive history file including photographs and articles in which the car featured. The current indicated mileage is 88,000 and the car will be freshly MoT'd at the time of the sale.
Anyone who has settled into those Recaros and spent some time at the wheel of the 968 CS will understand why it's so sought after. That large 3.0-litre engine produces 240bhp and, when combined with the low weight (1,320kg) and a silky six-speed gearbox, the 25-year old design feels as taut and precise as GTs that are two decades newer, a genuine lightweight in the spirit of the old 911 RS. Indeed, it would have been a worthy Porsche to have carried the fabled 'RS' badge, and if it had done, we suspect values would be a lot higher than they currently are, suggesting this may be a very good time to make that investment. 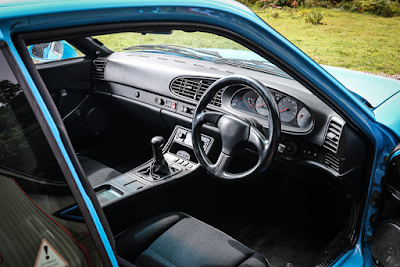 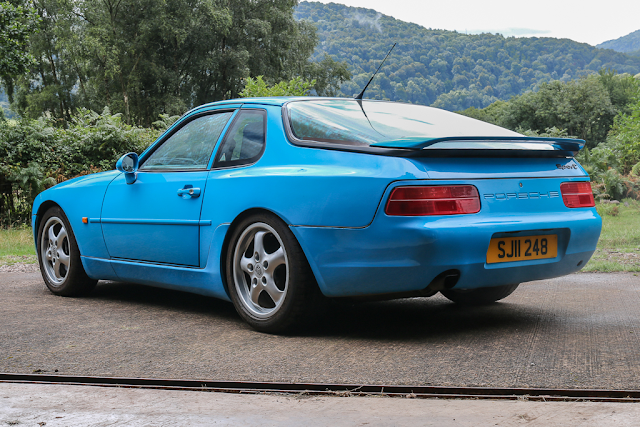