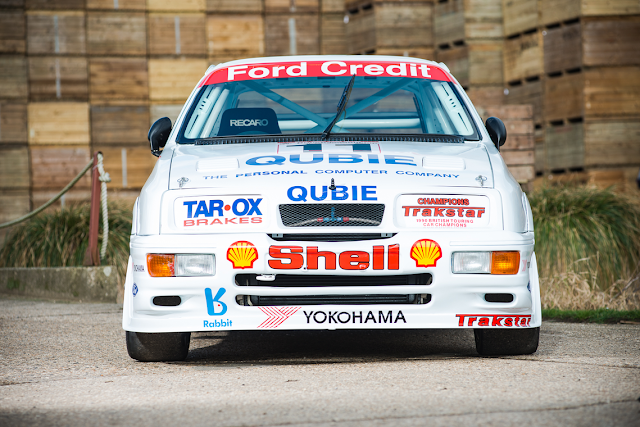 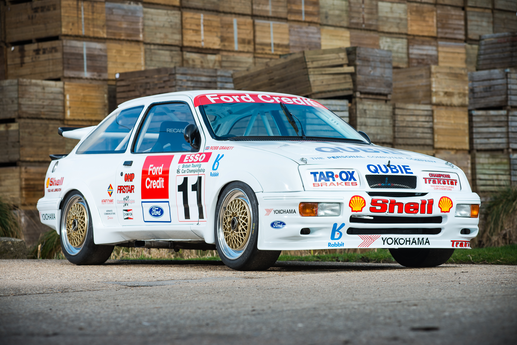 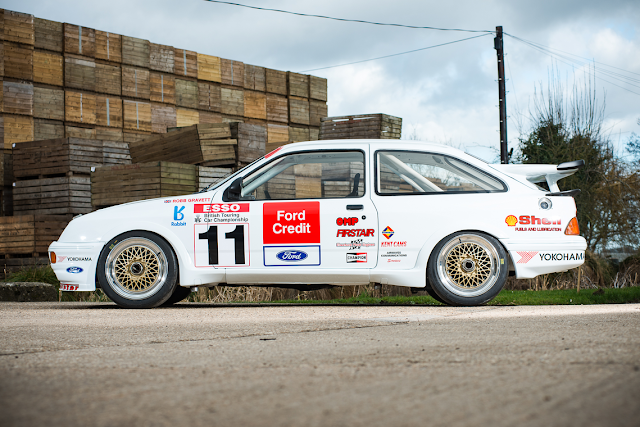 In 1989 Radio 1 Breakfast DJ, the late and great Mike Smith, joined forces with highly respected ex-Prodrive Team Manager, Malcolm Swetnam, and top saloon driver of the day, Robb Gravett, to form "Trakstar" a team whose sole ambition was to win the British Touring Car Championship. Robb and Mike had enjoyed prior success in both the Monroe and Uniroyal Production Saloon Car Championships, as well the BTCC, and their resourcefulness took them to Australia and the highly successful Dick Johnson racing team. Two top-spec Ford Sierras were purchased, with their backing coming from Cartel (a mobile phone network of the day) and Shell Oils, and then put instantly to good use in the 1989 BTCC by winning the first round at Oulton Park. Their goal was to win the Championship outright and beat the other teams especially the established Rouse Engineering Ford Works team, which they very nearly achieved at their first attempt, ending the season by disputing the overall title in a courtroom and finishing as runners-up despite several outright race wins! 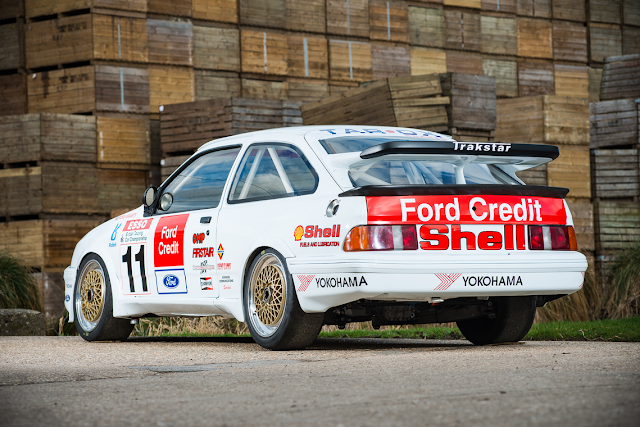 For 1990, they focussed their efforts on one car for their lead driver Robb Gravett, with Mike supporting him at Brands and Stig Blomqvist at Donnington in the long distance two-driver races. This car, which was a new shell ordered and prepared by Dave Cook of Yortech Fabrications was then fitted with the running gear from one of the prior year's Dick Johnson car 'DJR2' (Mike Smith's car), is the car we are proud to offer here in this Sale. All the 'trick bits' from the previous Dick Johnson car, which included the special "spool" type differential, Eggenberger suspension, and a Getrag 5-speed dog gearbox were utilised which, when coupled to a top-spec Mountune RS500 engine running up to 2.2 bar boost, gave them well over 500bhp on tap. Cleverly, they also negotiated a unique tyre contract with Yokohama tyres, regarded as the best tyre available and longer wearing than the Pirellis used by Rouse Engineering, which then sealed this car's winning edge. They went on to win 9 rounds outright with 8 pole positions and 8 fastest laps and took the overall BTCC title which gave the Sierra RS500 its swansong Championship victory before the new 2-litre cars took over from 1991 and beyond, adding to the provenance of this particular car.
This RS was then sold to Italy and used in Italian 'Supertourismo' during 1991 before being laid up for the next 20 years until being discovered by our vendor and eventually purchased in 2014. Publically offered for sale for the first time since that dominant Championship win, the car has an outstanding pedigree and, is today, a significant part of BTCC history.
It's now back in its original livery but is not fully race prepared, presenting its lucky new owner with the opportunity of deciding on his or her choice of engine specification - which we are sure Mountune Racing would be happy to supply once more! Now re-fitted with its original RS500 engine which runs well, but is only running on a 4 injector ECU (when it raced in Italy their regulations forbid the RS500 version)  built to the Italian spec of the day which only allowed single point injectors, not the twin set up as used in the BTCC. Details noting the extent of the recent rebuild and an expert report by Paul Linfoot will be available to view in advance of the sale to seriously interested parties.
1990 BTCC results for this car:
13th April Oulton Park  12th
29th April Donington Park  2nd  (Pole and fastest lap)
28th May Thruxton  1st  (Pole and fastest lap)
10th June Silverstone  1st
1st July Oulton Park  1st  (Fastest lap)
15th July Silverstone  1st  (Pole and fastest lap)
22nd July Brands Hatch  1st  (Pole)
5th August Snetterton  1st  (Pole and fastest lap)
23rd August Brands Hatch  1st  (Pole and fastest lap)
27th August Birmingham  DNF  (Pole and fastest lap)
16th September Donington Park  1st
23rd September Thruxton  3rd  (Pole and fastest lap)
7th October Silverstone  1st
This is an amazing and unique opportunity to purchase a BTCC Championship-winning Ford Sierra RS500 Cosworth which is now eligible for the HSCC 'Supertourers' series, the Grand Prix Legends Touring Car Challenge, as well as numerous prestige events throughout Europe. 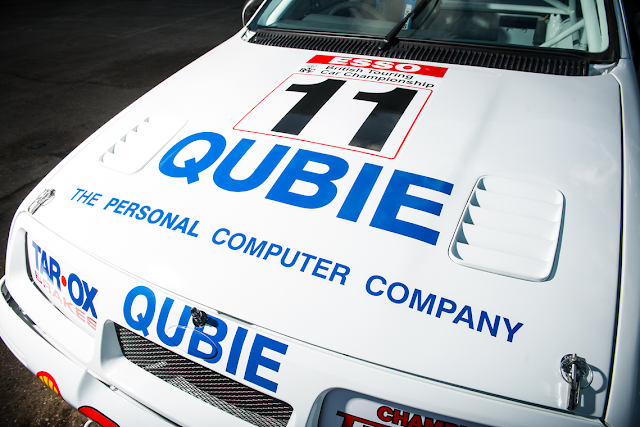 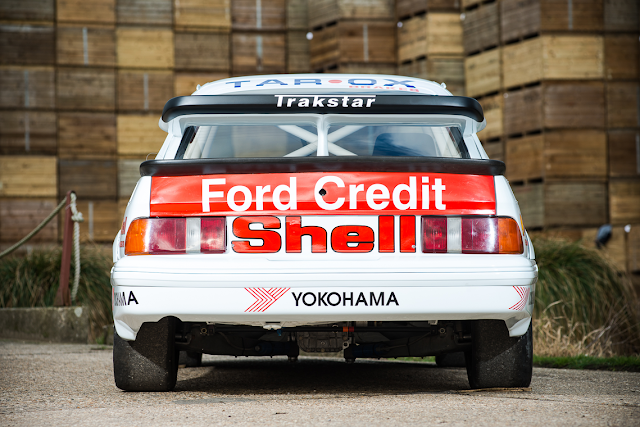 FURTHER PHOTOS CAN ALSO BE FOUND VIA THE LINK ABOVE