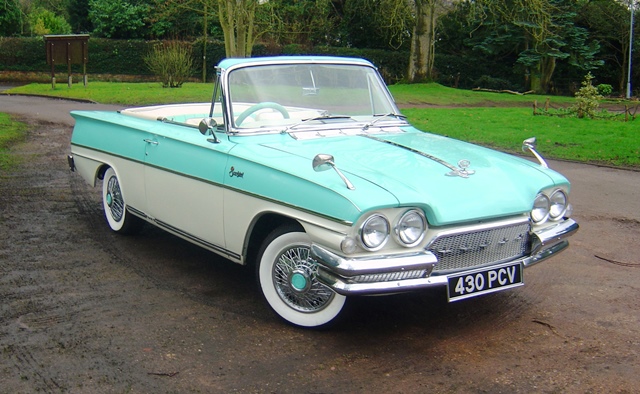 The Ford Consul was manufactured by Ford UK from 1951 to 1962 and was the four-cylinder base model of the three-model Ford Zephyr range, comprising Consul, Zephyr and Zephyr Zodiac. In 1962, the line was restyled and the Consul was replaced by the Zephyr 4. At this point the Consul became a range of smaller cars in its own right, initially the Consul Classic and Consul Capri. This unique Ford Consul Convertible has been derived from a Classic Consul - the floor has been strengthened with the chassis being tied and approved. The car is supplied with a V5 document and is DVLA approved.
First registered on the 25th September 1962, this car has been fully restored in 2009 and kept in a heated facility for many years, never seeing rain or moist weather in 25 years - completing 11,000 miles since fitting the V4 Ford Corsair engine and Sierra five speed gearbox. The leather interior is as new. The car has a very large and detailed history file and comes with an MoT test certificate valid until February 2018 and has had only four owners from new. A brief hand-written history accompanies the car which details the engine and gearbox rebuilt in January 1998 and, in 2009, the car underwent a complete rebuild. In 1997 the mileage was recorded at 91,274 miles and recorded almost every year since and has covered some 16,502 miles in approximately 20 years. A truly unique example. 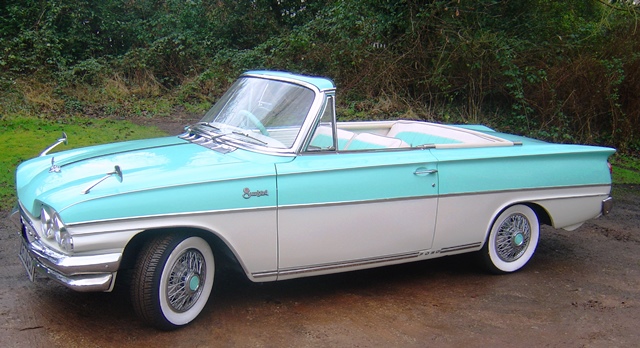 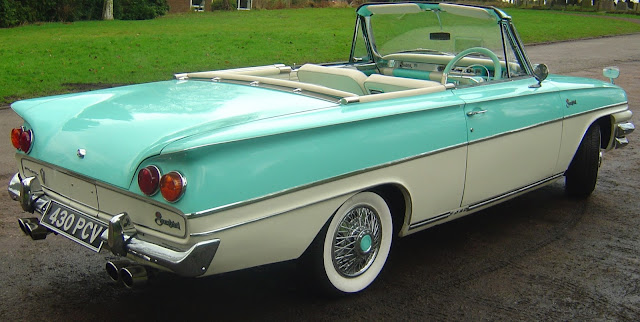 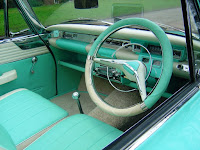 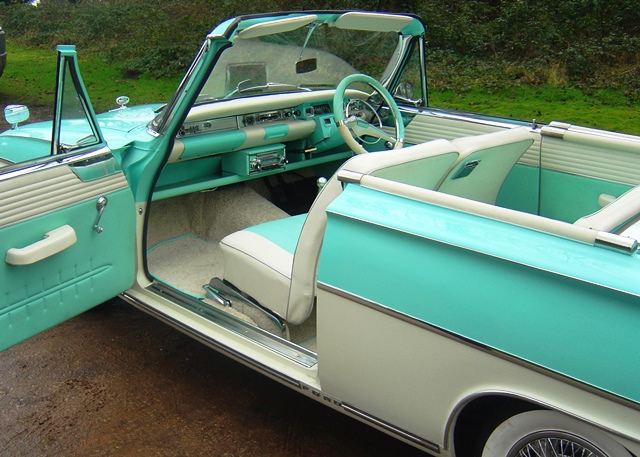