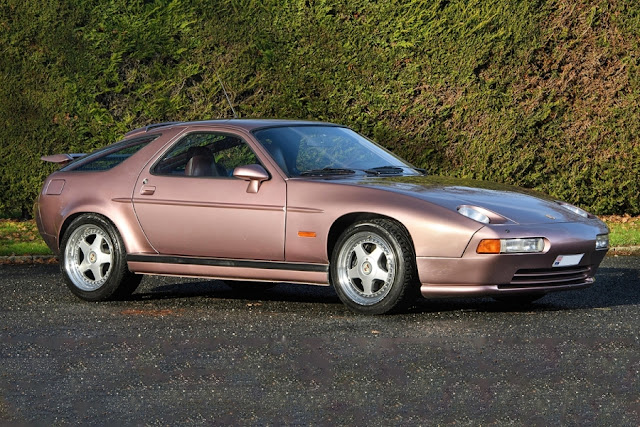 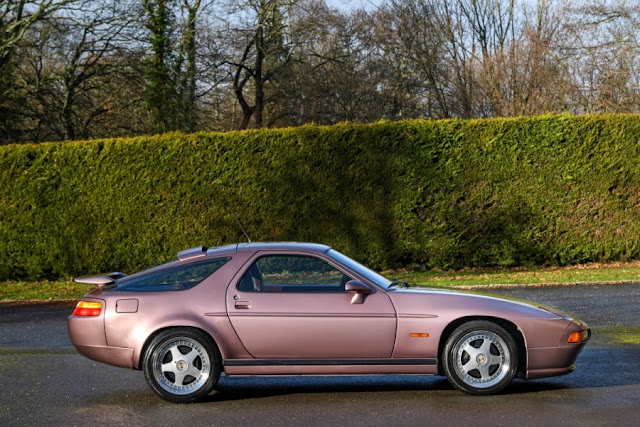 The 928 was launched to a fanfare and surprised many by being named European Car of the Year. Porsche's intended replacement for the 911 had an all-alloy V8 which was attached to a rear-mounted gearbox, and the galvanised body had aluminium doors and bonnet, plus body-coloured plastic bumpers, all pretty radical for its time.
It was around 1984 when Vittorio Strosek unveiled his vision for Porsche 928. This modified 928 was Strosek’s first project for his own company, Strosek Auto Design although he had worked in this field before contributing design details for EVEX (Porsche) and Willy König from Koenig-Specials.
Vittorio’s choice of the Porsche 928 was due to the fact that most tuners focused on the Porsche 911/930 and left the 928 for what it was, which was odd because in the 1980s the 928 was actually Porsche’s top model. The initial Strosek program for the Porsche 928 consisted of a series of spoilers, bumpers and other cosmetics divided into three stages, Versions l, ll and lll. 'Version l' retained the normal width of the 928 but did have heavily modified bumpers, spoilers and a large rear wing.
This automatic example was built in 1987 and is fitted with a ‘Version l’ Strosek kit featuring 17″ OZ Futura wheels and a glorious sounding Strosek sports exhaust system. Latterly registered in Monaco, a NOVA application is in process, and the odometer shows some 170,000km (105,000 miles) at the time of cataloguing. Offered with a document folder including book pack, numerous invoices and related documents in both French and German. It's distinctively finished in Cassis Red Metallic (80D) with an immaculate Magenta leather and cloth interior and all that's missing is a pinstripe Armani suit and Soft Cell synth-pop on the stereo. 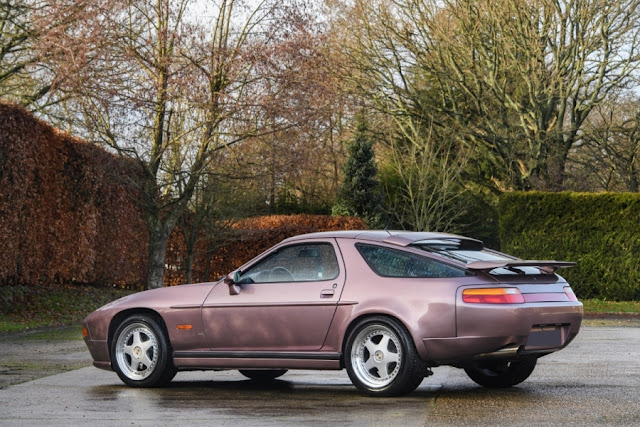 CLASSIC CHATTER
Powered By Dragons
Posted by jeffharris at 13:12