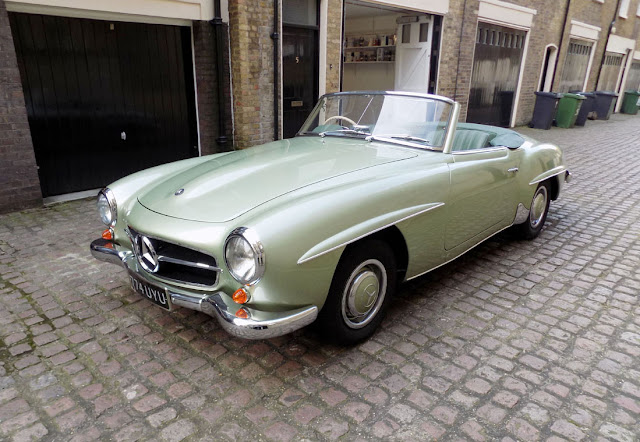 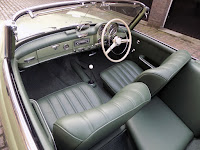 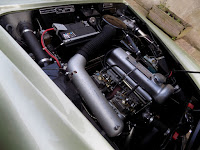 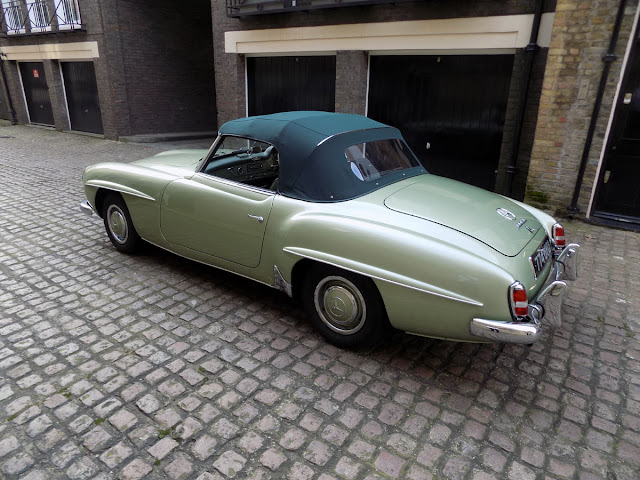 Stylistically evocative of the mighty 300SL, but with a slightly less complex drive train, the 190SL remains among the most desirable roadsters of its era. The prototype was first shown at the 1954 New York Auto Show, with the 190SL produced between May 1955 and February 1963. The 190SL was sold alongside the 300SL, similar not just in terms of styling, engineering and detailing, but also sharing fully independent suspension, double-wishbone suspension at the front and swing axles at the rear.
The 190 SL was powered by a new, slightly oversquare 1.9 litre straight-four SOHC engine that developed 120bhp with twin-choke dual Solex carburettors, the four-cylinder engine block was based on the six-cylinder engine of the 300 SL. Teamed with a four-speed manual gearbox, sleek aerodynamics and comparatively lightweight allowed for a top speed of 115mph and a respectable 0-60mph time of 13 seconds.
Delivered new on the 27th of February 1959 to a Mercedes-Benz dealership in London, this rare right-hand drive 190SL is one of an approximate 500 UK examples made from an overall production run of 25,881.
Finished in an eye-catching period metallic green with contrasting green interior, this wonderful example has recently enjoyed a comprehensive restoration to a high standard, with works by notable specialists such as Steve Redfern, Redcastle and Robert Thredder engineering. Some of the work undertaken includes a suspension and brake overhaul, engine rebuild, all-new wiring loom, brightwork re-chroming, refinishing of the paint, complete retrim including hood & hood bag, new radiator, petrol tank and new exhaust system. In current ownership, the Mercedes has enjoyed further improvements to the tune of several thousand pounds.
Representing the style of true Mercedes-Benz sports cars in the 1950s and offering as much pleasure to drive today as when it was when manufactured in 1959, this is a wonderful example of an enduring classic. 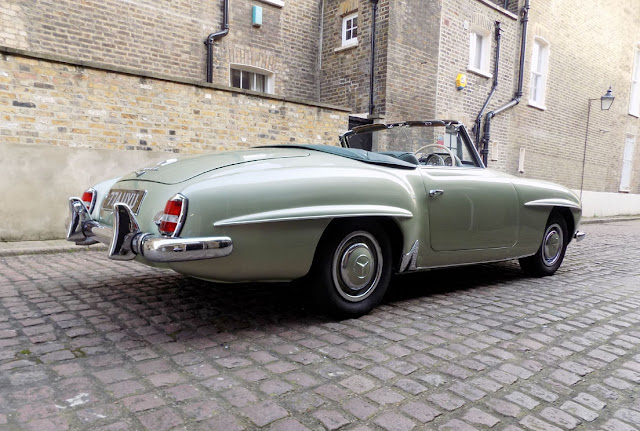 CLASSIC CHATTER
Powered By Dragons
Posted by jeffharris at 14:05