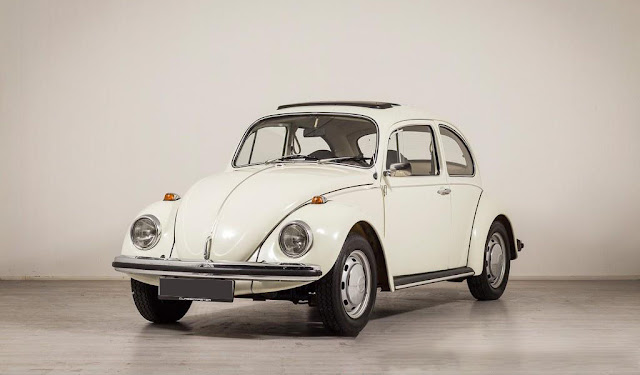 Although designed in the 1930s, due to World War II, civilian Beetles only began to be produced in significant numbers by the end of the 1940s. The car was then internally designated the Volkswagen Type 1, and marketed simply as the Volkswagen. Later models were designated Volkswagen 1200, 1300, 1500, 1302, or 1303, the former three indicating engine displacement, the latter two derived from the model number. The car became widely known in its home country as the Käfer (German for “beetle”, cognate with English chafer) and was later marketed under that name in Germany, and as the Volkswagen in other countries. For example, in France, it was known as the Coccinelle (French for ladybug).
First registered in 1969, the superb example on offer here is described by the vendor as being in like-new condition and has covered a mere 86,043 km. It is also fitted with a very rare sunroof. Finished in cream with a black interior, the car comes complete with an extensive history file detailing maintenance work carried out over the years. 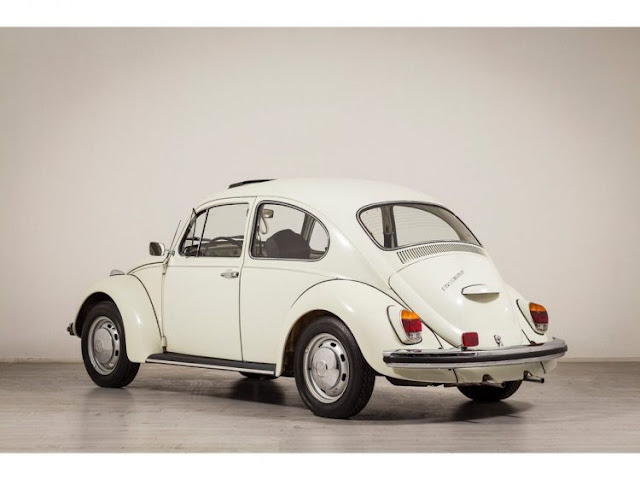