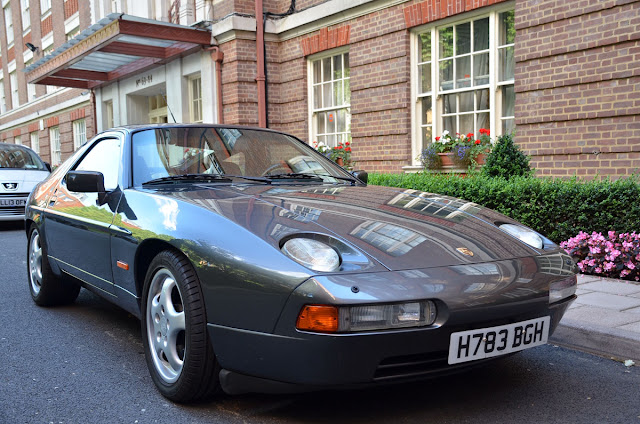 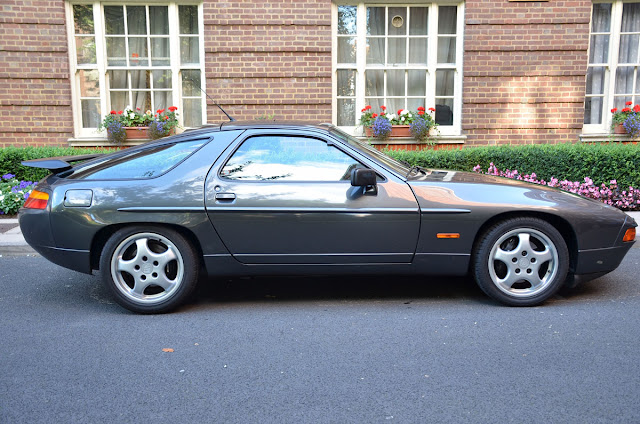 Porsche’s intended replacement for the 911 may not have achieved that particular goal, but it wasn’t for a lack of performance or technological wizardry.  An alloy V8 was attached to a rear-mounted gearbox, and the galvanised body had aluminium doors and bonnet, plus body-coloured plastic bumpers. The 928 was launched to a fanfare and surprised many by being named European Car of the Year, an award that traditionally went to worthy, but dull, family hatchbacks. Critics immediately recognised the advances inherent in the 928 over the 911, and the car was universally praised as one of the greatest ‘GT’ cars of all time.
It handled, it was quick, it looked fantastic and it was comfortable. With the 928, Porsche created a serious long-distance grand-touring car that could also tackle twisting B-roads with ease, thanks to super-direct steering, 50/50 weight distribution and a clever Weissach rear axle that kept the car firmly planted.  1989 saw further development with the launch of the GT model, featuring a more powerful 5.0-litre V8 capable of 326bhp, but more importantly, the introduction of a 5-speed manual gearbox for those who wanted a more sporty driving experience.
This model also featured twin exhausts, uprated camshafts, and sports suspension – the ultimate 928. The standard specification already included fully electric seats and mirrors, climate control and tyre pressure monitoring. Furthermore, this car particular benefits from factory-fitted options including an electric sunroof, heated seats, side protection strip, top-tinted windscreen and Blaupunkt Paris radio with 10 speaker system.
Originally supplied in Germany (August 1990) the current vendor bought the car in 2007 he took it back to the original dealer in Germany (Porsche Centre Osnabrück) to have any minor details on the car put back to its original condition, down to the replacement of the cigarette lighter! During his ownership the car has been regularly maintained by Paul Anderson and Jaz Porsche The car has always been taxed and the full record of MOT reports, tax discs and service invoices are available in the file along with original handbooks, service book and the toolkit is also present and correct. A superb Grand Tourer and an opportunity not to be missed. 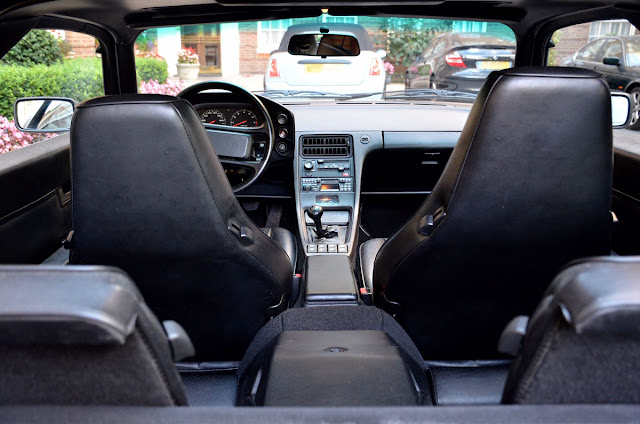 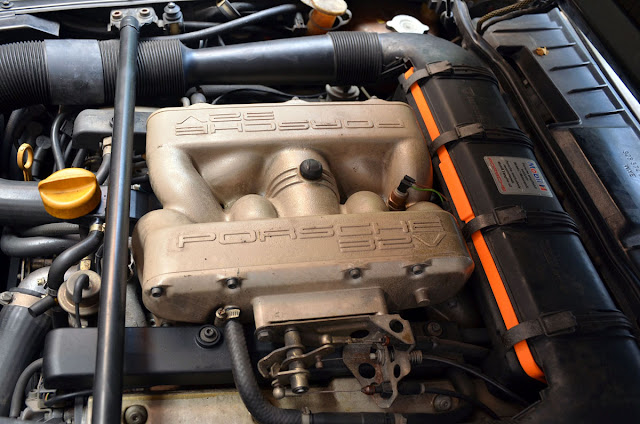