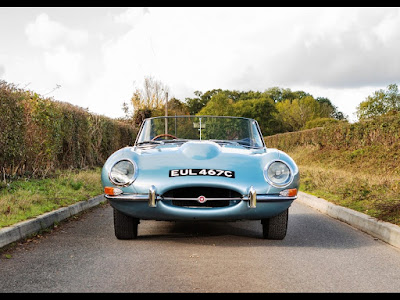 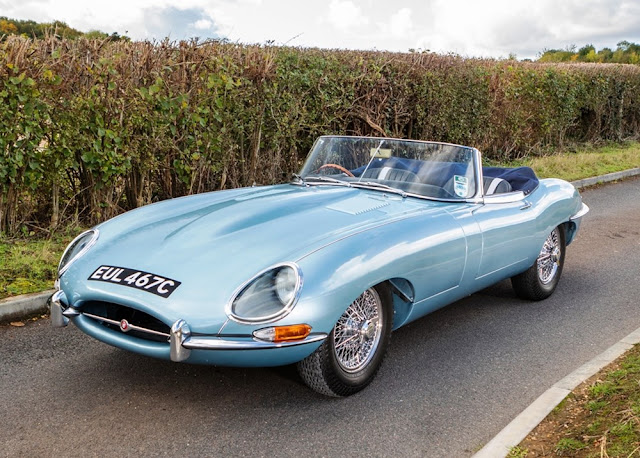 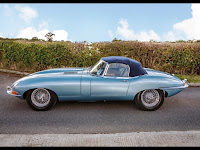 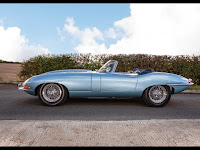 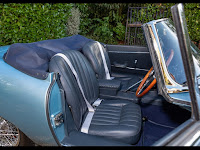 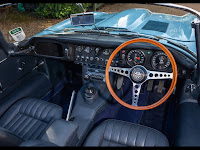 Upon its introduction at the 1961 Geneva Salon, Jaguar’s E-Type was an immediate hit, with its sleek design backed up by staggering performance. The newcomer’s appearance owed much to that of the racing D-Type and indeed the E-Type would be one of the last great sports cars developed directly from a successful competition ancestor. Just as with the D-Type, a monocoque tub formed the main body/chassis structure while a tubular spaceframe extended forwards to support the engine. The latter was the same 3.8-litre, triple-SU carburettor fed ‘S’ unit first offered as an option on the preceding XK150. With a claimed 265 horsepower on tap, the E-Type’s performance furthered the standards set by the preceding XK models: firstly, because it weighed around 500lbs less than the XK150 and secondly because aerodynamicist Malcolm Sayer used experience gained with the D-Type to create one of the most elegant and efficient shapes ever to grace a motor car.

This superb example is presented in one of the most attractive colour combinations of Opalescent Silver Blue with dark blue leather interior and is one of only 338 produced for the UK market that year. It was originally distributed by Henlys Limited in London and dispatched on 6th May 1965 and we believe the first owner was resident in London, having the car registered in the same registration it retains today. Interestingly, this car was owned by the entrepreneur Peter De Savary and exhibited in his museum at Littlecote House near Hungerford during the late 1980s. The car was sold in 1994 and kept in Aldershot before being purchased by the current owner in July 2000. From 2008 to 2011, the car was the subject of a nut and bolt restoration by PJS Engineering in Fleet, by Paul Slade at a cost exceeding £100,000.

The restoration was completed in time to take part in the lap of the Silverstone Circuit to mark the 50th anniversary of the Jaguar E-Type in 2011. The car has only done 5,400 miles since the restoration. This is one of nicest examples of this British iconic classic on the market today. 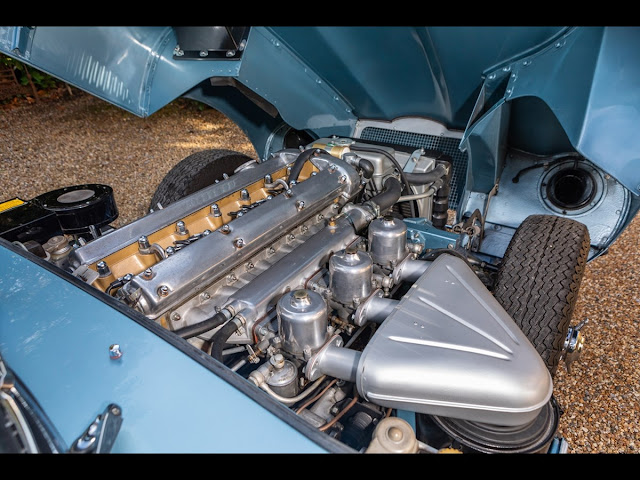 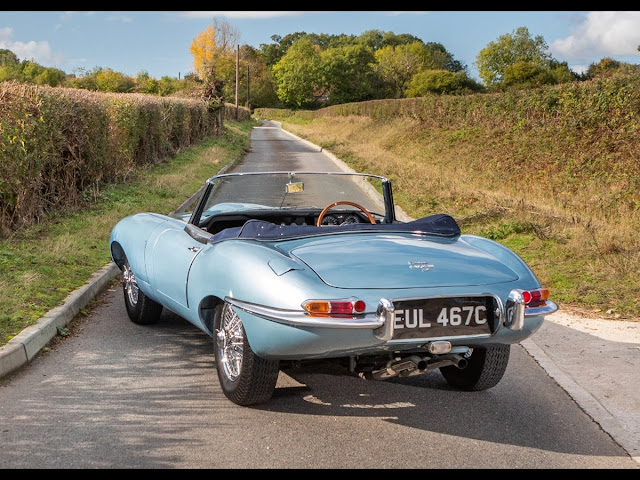 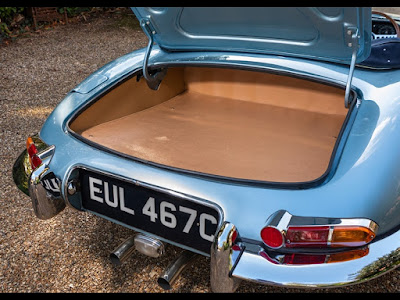 CLASSIC CHATTER
Powered by Dragons
Posted by jeffharris at 15:16