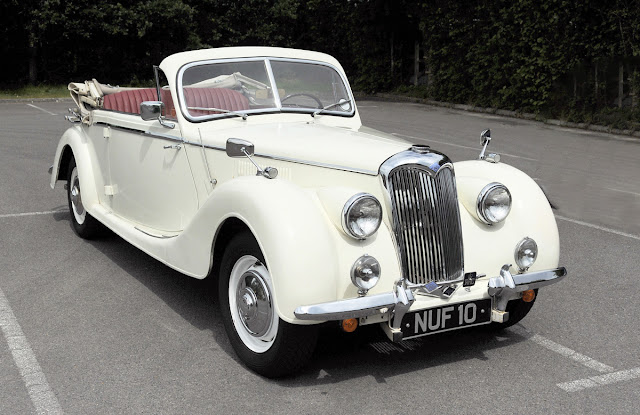 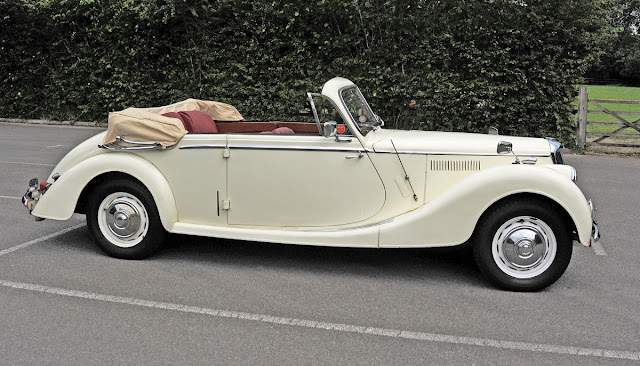 The Riley RM Series is an executive car which was produced by Riley from 1945 to 1955. It was the last model developed independently by Riley prior to the 1952 merger of Riley’s still new owner Nuffield, with Austin to form BMC. The RM series was originally produced in Coventry, but in 1949 production moved to the MG works at Abingdon. The RM models were marketed as the Riley 1½ Litre and the Riley 2½ Litre.
There were three types of RM vehicles produced. All used Riley engines with four cylinders in-line, hemispherical combustion chambers and twin camshafts mounted high at the sides of the cylinder block.


The name Riley, as popularised by the famous book, “As Old as The Industry”, remains one of the oldest and longest established motoring brands to have existed. The great Rileys, such as the Sprite, Imp and Brooklands, dominated their class in motorsport throughout the 1930s and right up to the current day through the auspices of the VSCC, and the most well-known and well-loved of historic motoring contraptions, the beloved Riley Special.
This particular Riley RMD Drophead Coupe maintains all of that exclusive nature.
Understood to be delivered new to the United States in 1950, the car is an extremely rare original factory left-hand-drive example, with the added bonnet louvres giving all the impression that the car would have been used in one of the warmer, more exotic states of America. It must be recognised that Riley were a bespoke, high-end, low volume manufacturer of cars which were very expensive, and the suggestion is that this car spent the early part of its life in the exotic state of California.
An elegant British aristocrat such as a Riley drophead coupe on the streets of early ‘50s Hollywood would have been a very evocative sight.
Original import documentation which is included with the car indicates the car returned to the United Kingdom in 1960. In more recent years, the Riley was purchased by the father of the current vendor, who set about a comprehensive and well-documented restoration programme which left no stone unturned. The body was completely stripped and rebuilt down to the bare metal and chassis, with every mechanical component and all other systems being completely rebuilt, rewired, restored or refurbished, and during the course of the restoration it was established beyond doubt that the car retains its original engine, gearbox, axle, brakes and suspension, as well as its bodywork, so is therefore an entirely authentic original machine.
A charming, friendly and eminently usable early post-war stylish classic from the end of the glamour years of bespoke motoring.
Interested buyers should note and we are pleased to confirm that this car is forensically confirmed as an original factory RMD Drophead Coupe. So delightful a machine they are that a variety of saloons have been more recently converted to open configuration – but this is an original open 4-position coupe by the factory.
Estimate: £35,000 – £40,000
€39,000 – €45,000
$42,000 – $48,000 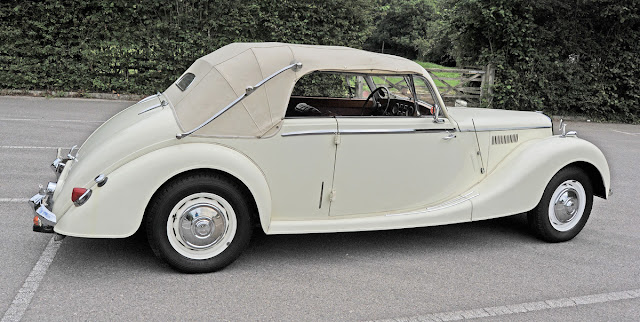 CLASSIC CHATTER
Powered By Dragons
Posted by jeffharris at 18:38