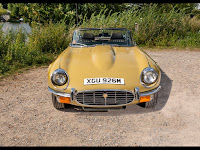 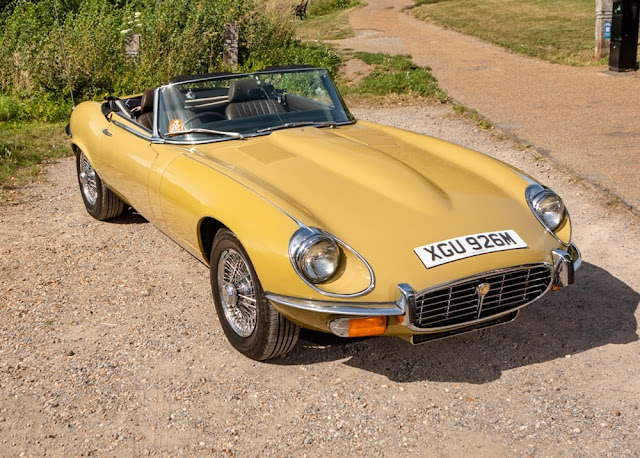 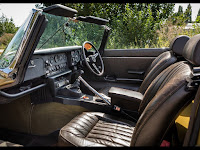 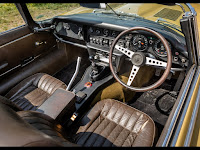 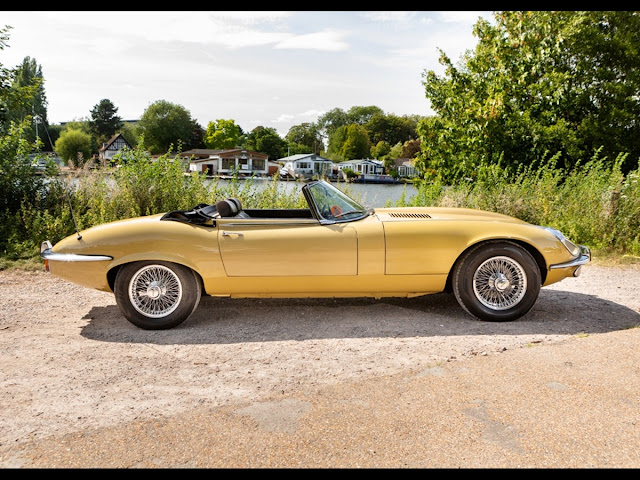 The E-Type Series III was introduced in 1971, with a new 5.3 litre, V12 engine, uprated brakes and standard power steering. Optionally, an automatic transmission, wire wheels and air conditioning were available. The brand new V12 engine came with four Zenith carburettors and was claimed to produce 272bhp, more torque, and 0-60mph acceleration of less than seven seconds, which was phenomenal for the price of the car at that time, considering its competition in the market place. The short wheelbase fixed-head coupé body style was discontinued, with the Series III available only as a convertible and 2+2 coupé. The newly used longer wheelbase now offered significantly more room in all directions. These models were easily identifiable by the large cross-slatted front grille, flared wheel arches, wider tyres, four exhaust tips and a badge on the rear that proclaims it to be a V12. It is thought that only 7,990 convertibles and 7,297 fixed head cars were produced.
This righthand drive Jaguar E-Type V12 Roadster is a UK supplied car fitted with manual transmission. It is finished in its original Green Sand coachwork with Olive leather interior and has covered just 50,000 miles from new. The previous vendor purchased this car from an elderly gentleman who had it for many years. The car comes with all of its original service/instruction books including the original service book which shows the early service records. There is also a large file of receipts showing work done on the car by the present owner, this includes a £12,000 bill for work carried out by Southern Classics for mechanicals and around £4000 at the Trim Centre for the seats which were rebuilt but have maintained their original leather. The doors and sills have been wax oiled and according to the vendor, he believes, no welding work has ever been done to the chassis, as can be seen upon inspection. This example is in very good condition and the mileage is thought to be correct, which the condition would support; it also comes with a Jaguar Heritage Certificate. The car has done just over 3,100 miles in the last 11 years and has been MoT'd eight times in that period. This is a wonderful and evocative British classic which still makes your hair stand on end when the howl of its V12 can be heard when flat out! 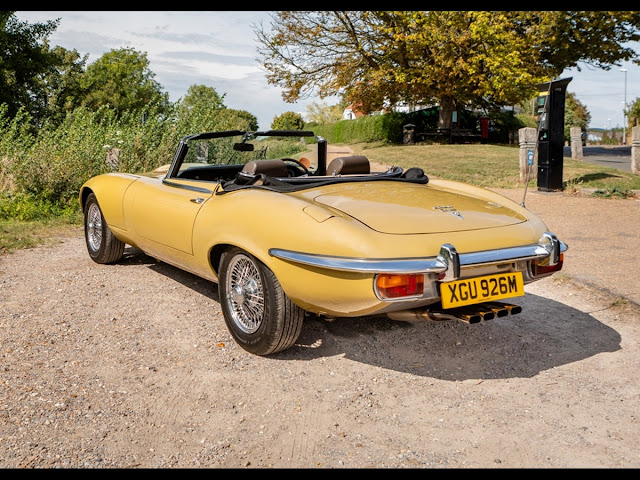