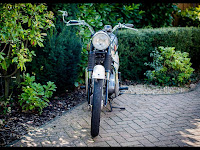 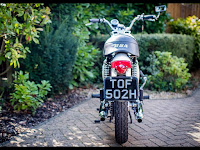 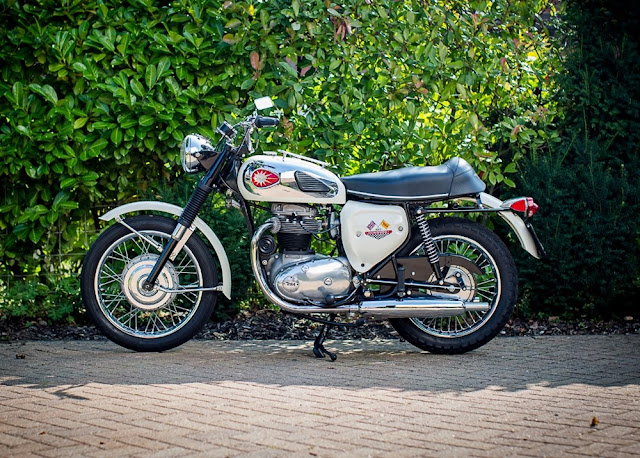 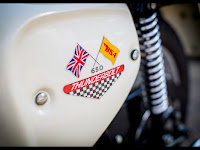 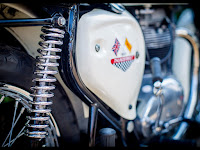 The BSA Thunderbolt was designed as a touring motorcycle. A traditional air-cooled 650cc, twin-cylinder with a single large-bore Amal Monobloc carburettor, it did not suffer from the same level of vibration as earlier BSA twins and could comfortably cruise at 70mph and reached over 100mph. Fitted with 12-volt electrics, a Zener diode voltage regulator and twin coil ignition, the Thunderbolt sold well. From 1968, it benefited from a number of minor improvements including a longer kick, start to make starting easier, metal tank badges and a stiffer suspension to improve cornering.
This, two former keepers example, is in stunning order, the previous keeper purchased the bike from Wells Motorcycles in 1974 and the receipt for this is contained within the history file. The bike was restored to a very good standard in 2010/2011 which is detailed with invoices, it has been serviced and MoT'd since the restoration, details of which are all included in the accompanying file. A UK V5 registration document is also present as are two sets of keys and a manual. Our vendor states that this Thunderbolt starts and rides very well with a new MoT test certificate. A stunning motorcycle offered without reserve.
Guide Price £3,500 - £6,500 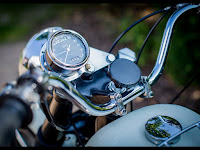 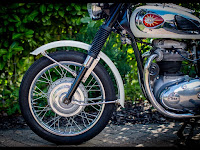