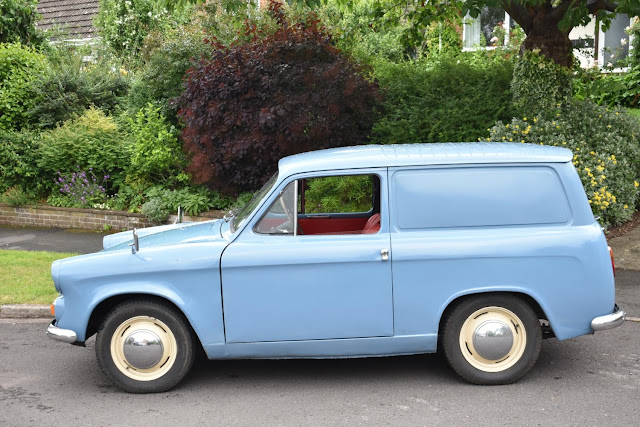 
The Commer Cob a Rootes Group model was a panel van based on the Hillman Husky estate. The first version of the lightweight commercial appeared in the 1950s. The Cob saw a steady development over its production with improvements to the engine, seating and bodywork through Series I II & III. This charming Series III Cob was originally supplied by Blue Star Garages Ltd, Axminster, Devon to its first owner a Mr W Newbury, a farmer from Colyton, Devon. The original order form is on file stating that Mr Newbury paid £452.8.2 plus an allowance of £20 for a part exchange. Mr Newbury retained the car for twenty years adding 20,000 miles to the odometer using the van to transport the odd calf to Axminster market. Mr Newbury’s daughter and son in law then owned the Cob for a short period before part-exchanging it. The next custodian added a further 20,000 miles on the clock until our vendor's father purchased the van in 2005 with 42,000 on the odometer. The Cob had been in storage for six or so years and required some recommissioning and repairs but was soon back on the road. Over the next 14 years, the van was steadily improved but still retains an honest and genuine appearance which has been admired at local classic car events. Now displaying a believed 55,000 miles from new this refreshingly original Cob will be offered for auction with a history file containing an original owners instruction manual, a run of previous MOTs, tax discs, receipts and the original order form.
V5C, MOT and tax exempt
See illustrations


All lots in this sale are sold as-is and bidders must satisfy themselves as to the provenance, condition, age, completeness and originality prior to bidding. Please read our terms and conditions. 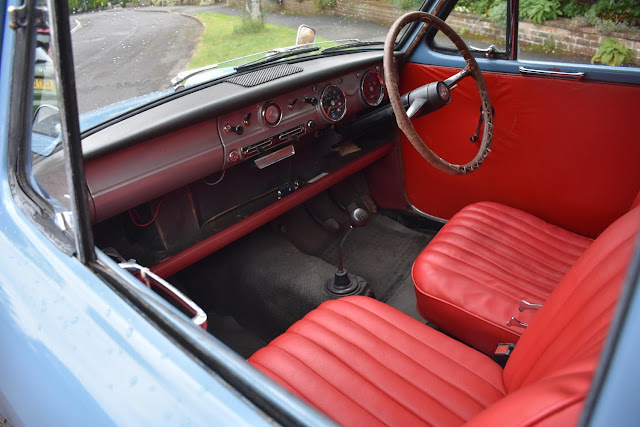