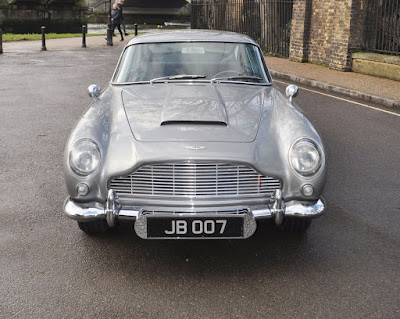 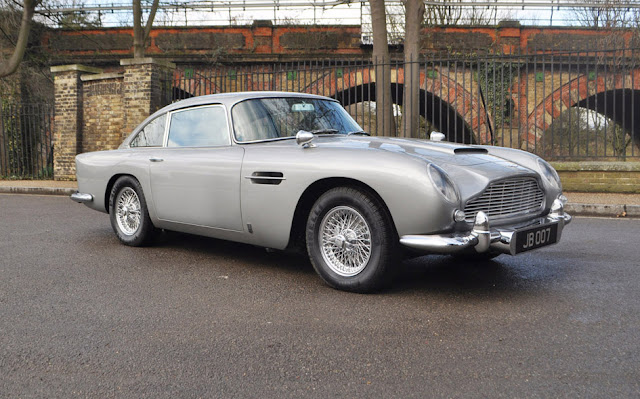 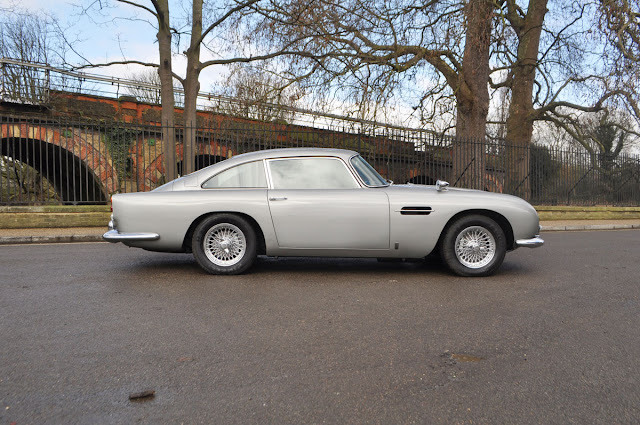 To many observers the Aston Martin DB5 is the epitome of the company’s models during the David Brown era, boasting both beauty and refined high performance. It is also perhaps the best known Aston Martin in the world, having starred in the James Bond films Goldfinger and Thunderball, complete with machine guns and other gadgetry. In evolution terms, the DB5 is a Series V DB4 but with a 4.0 rather than the 3.7-litre engine, its coachwork embodying detail changes; it thus featured similar stunning styling from Touring of Milan, incorporating DB4 GT-style faired-in headlamps, with aluminium panels attached to a lightweight steel frame using Touring’s Superleggera method of construction.
Underneath the platform chassis used independent coil spring wishbone front suspension with a live rear axle located by Watt linkage and parallel trailing arms. Disc brakes were fitted all round, but the Girling items of the DB4 GT rather than the DB4’s Dunlop discs.
Following its launch in July 1963 in saloon and convertible forms the DB5 received much praise, not least for its performance. A maximum of 148mph in standard trim, allied to 0-60 and 0-100mph in 7.1 and 16.9 seconds respectively, made the DB5 one of the fastest cars available and a match for the very best from Europe. Its production, however, was fairly short-lived, ending in September 1965 after 1,021 had been made; of these only 123 were Convertibles while just 65 had the Vantage engine.
This very interesting DB5 Saloon was delivered new on 19th February 1964, finished in Sierra Blue with a contrasting grey Connolly leather interior, and optioned with a sliding roof, wireless radio and heater. By the late 1990s, the Aston was advertised for sale at Aston Martin specialist Nicholas Mee of London at 57,500 miles, selling the DB5 to Fawaz Al Hasawi, businessman and former owner of Nottingham Forrest football club.
The sale was completed on the basis that the car was refinished to “James Bond specification”, as such the DB5 was repainted in Silver Birch and the interior retrimmed in black leather.


Al Hasawi kept the DB5 for a number of years as part of his collection, during which time he entrusted maintenance and repair work to Aston Service London and specialists Ian Mason and Trinity Engineering, supported by invoices on file totalling c. £65,000.
The DB5 was later sold in 2015 to our current vendor via the specialist dealer Movendi in Duesseldorf, Germany, at which point it had been converted to left-hand drive specification. Our vendor, a very keen James Bond enthusiast, decided to recreate the Goldfinger car with most of Q’s associated weapons and gadgets, and as such he entrusted a London-based specialist with the work. Revolving number plates were fitted to the front and rear of the car, very authentic “machine guns” spitting real flames appear from the grille at the flick of a switch, and a rear-mounted “smoke gun” creates the desired smoke screen where necessary.
Showing now c.60,000 miles recorded, and offered with a current and older UK V5 documents, a file of servicing a repair works completed, copy of original build sheet, and a number of MoT certificates dating to the 1990s, this is a wonderful proposition for the serious Bond fan. 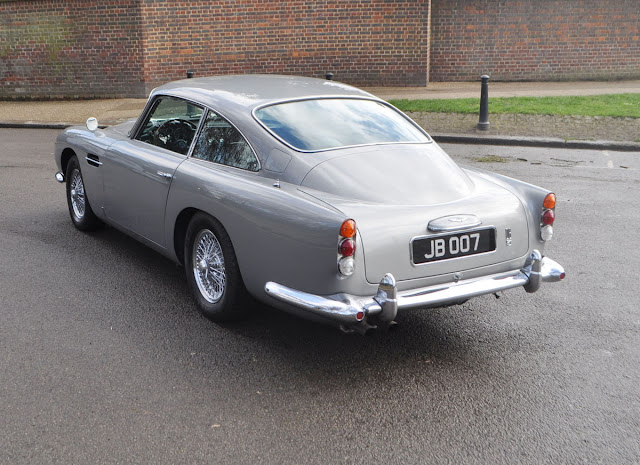 
SELECTED BY THE SQUIRREL