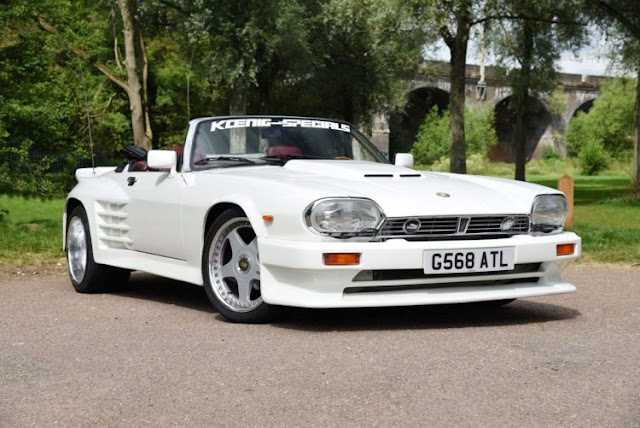 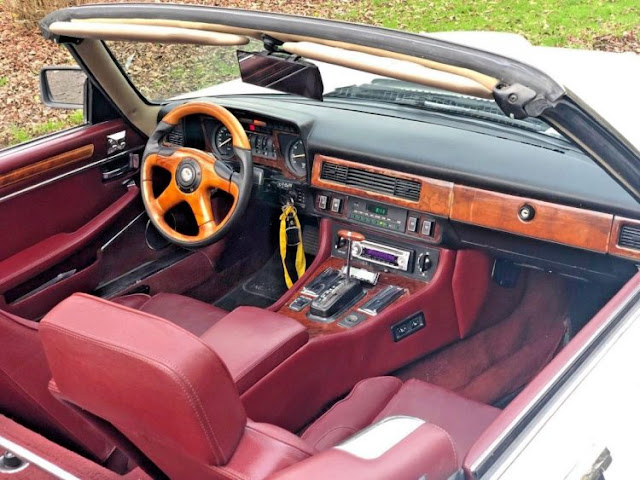 The XJ-S had been under development since 1968 and as a 2+2 fixed head coupe was intended as a replacement for the now-legendary E-type. From the beginning, it was only available with the V12 engine which gave excellent performance with 0-60mph being dispatched in a very respectable 6.9 seconds and a top speed of 150mph. Later in the XJ-S’s life, it was also available with a six-cylinder engine and a manual gearbox. As with any vehicle that has had as long a production life as the XJ-S there have been major developments. One of the more significant ones for the XJ-S was the launch of the convertible in May 1988.
The example presented here is the only V12 Convertible that Koenig made out of the 14 built worldwide. This 1990 Jaguar XJS Koenig special was designed by famed racecar driver, builder and tuner Willie Koenig, whose custom-built specials are famous for their raucous performance and ability to turn heads.
In 1990 when new, this car was sent from Jaguar to Koenig to carry out the conversion.
Koenig carried out major body, suspension, drive train and ECU modifications that make up the Koenig package. Over $100,000 was initially invested in remaking the Jaguar in the Koenig image, including upgrading the luxurious 5.3-litre V-12 engine. Major body modifications involved adding a hood scoop, front, roof and rear air dams and, most noticeably, the wide fender flares that add almost two feet to the car’s width at the rear, and to the tread on the huge 315 rear tyres. The handling is further improved with the addition of Koenig springs, redesigned shackles and special Koni shocks, while the interior, with its burgundy interior, was left almost completely unchanged aside from a Koenig steering wheel.


With just one owner from new and 74,000 km covered in the last 29 years, this ultra-rare special edition is perfect for a unique, extroverted collector’s piece. 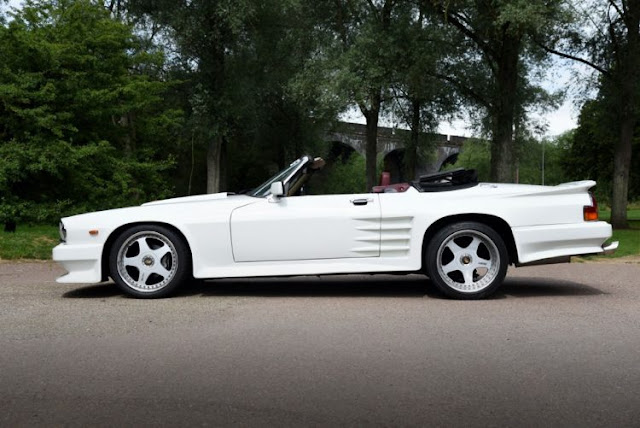 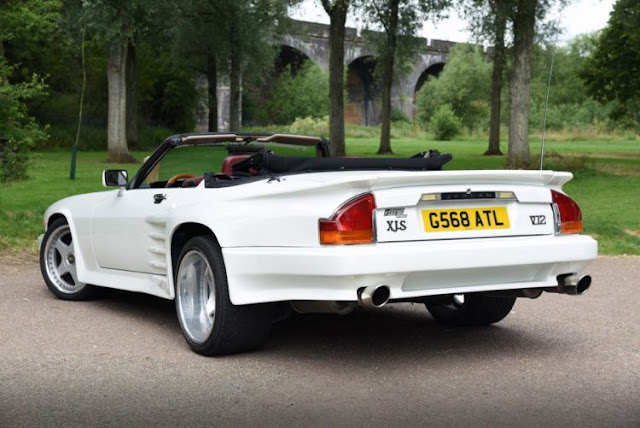 SOURCE: https://www.coys.co.uk/cars/1999-jaguar-xjs-koenig
SELECTED BY THE SQUIRREL