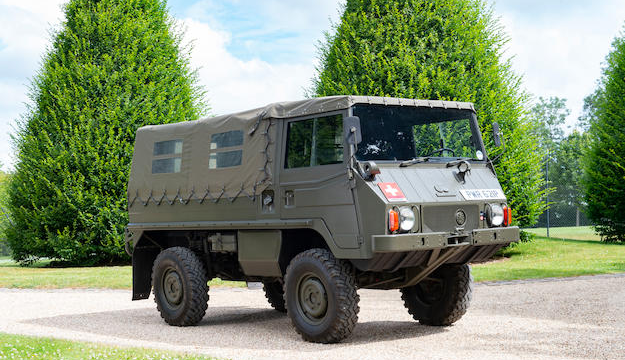 One of the most successful all-terrain military vehicles ever built, the Pinzgauer was originally developed in Austria by Steyr-Daimler-Puch and first entered service in 1971. It takes its name from an Austrian horse breed. Succeeding Steyr-Daimler-Puch's Haflinger, the Pinzgauer was initially built in two types: 4x4 (710) and 6x6 (712), both of which were powered by a bespoke four-cylinder air-cooled petrol engine of 2.5 litres capacity. Reliable and easy to work on, the latter was mounted in a backbone-type chassis while other noteworthy features included independent suspension all round; a five-speed manual transmission with two-speed transfer case; sealed differentials with hydraulic locks; portal axles for increased ground clearance; vacuum-assisted drum brakes; and 24-volt electrics.


The Pinzgauer 710/712 was produced at Graz in Austria until 2000, from 1986 in 'Series II' configuration, and has since passed through the hands of various companies, ending up in 2007 belonging to British Aerospace (BAE), which has since terminated UK production. Some 18,000-plus 'Series I' were produced between 1971 and 1985, and the Pinzgauer remains in service with armies worldwide so spares availability should not be a problem.


The current vendor bought this Pinzgauer 710M from a Swiss friend who specialises in converting these vehicles for civilian use. The owner intended to use it on his country estate but has never got around to it. Described by the private vendor as in generally good condition, this most capable and versatile off-road vehicle is offered with a V5C Registration Certificate. 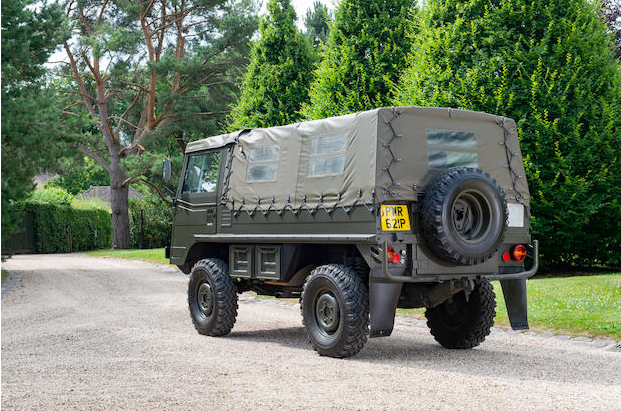 SOURCE: https://www.bonhams.com/auctions/25455/lot/608/
SELECTED BY THE SQUIRREL