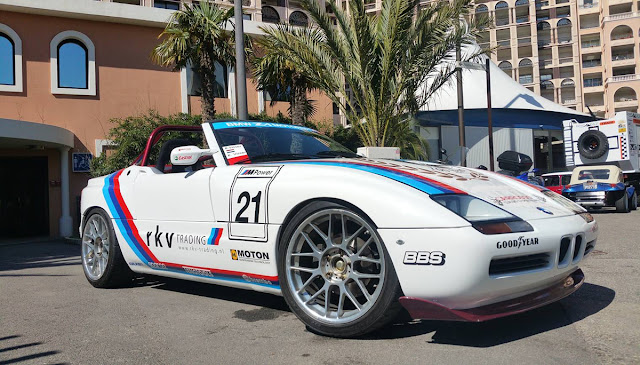 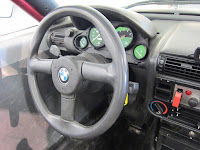 1989 BMW Z1 RENNSPORT
The first BMW Z1 (Z standing for Zunkuft, German for future) was shown at the 1987 Frankfurt Motor show. Initial demand was so strong that 5,000 orders were placed before production even began. The car developed by BMW Technik GmbH featured a unique door arrangement where the doors, instead of opening outward, dropped down into the car’s sills.
The chassis was specially designed for the Z1 and features a number of innovative features: removable body panels; continuously zinc welded seams; a composite undertray; as well as the unusual dropped doors. Parts of the car (including the engine, gearbox, and front suspension) were borrowed from the BMW E30 325i, but the Z1 remains largely original. The 6 cylinders 2.5-litre engine was borrowed from the already highly successful BMW E30 325i and this, coupled to the fact that the body of the car was constructed from lightweight composite materials, giving the car adequate performance. Some 8,000 examples were produced between 1988 and 1991 when production ceased.
What we have on offer today is a unique example, the only one known worldwide and has been used in several BMW displays in 2016 to commemorate 100 Years of BMW. The engine is a newly tuned 2.5L 6-cylinder engine having covered just 500km. 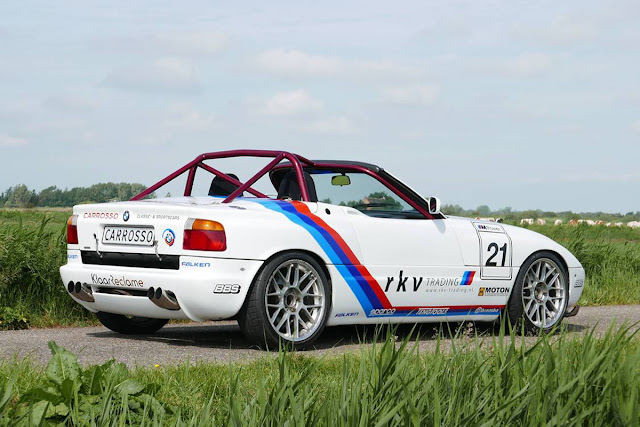