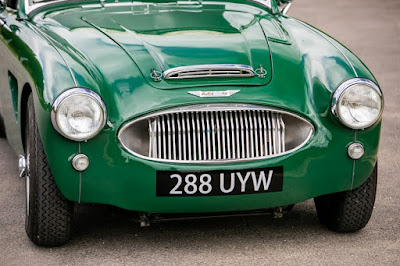 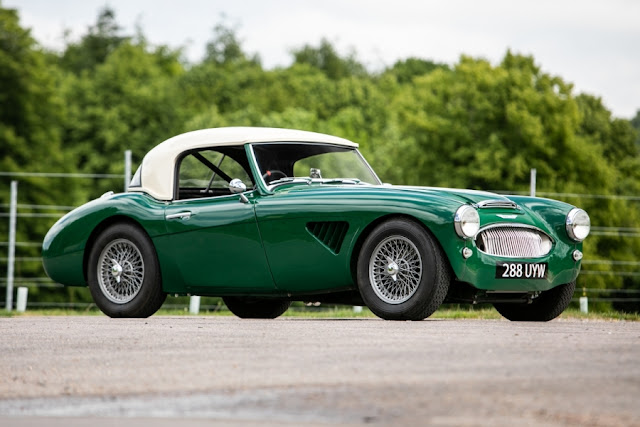 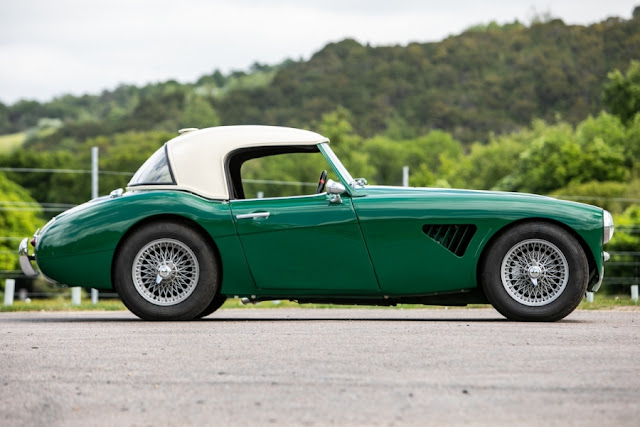 The Austin Healey 3000 has become one of the best-known British classic cars of the 1950s and 1960s following spectacular success in international rallying and circuit racing. Development of the Austin Healey 100-6, itself born of the four-cylinder 100, the 3000 was launched in March 1959 and was a significant improvement on the earlier cars featuring front disc brakes, wire wheels as standard and a more powerful (124bhp) 2,912cc BMC C-Series engine, ensuring a top speed of approximately 120mph. There was also a choice of two-seaters (BN7) or 2+2 (BT7) body styles. The new 3000 was an instant success on the road, on the track and on the rally stage and has enjoyed a large club following ever since.
According to the accompanying BMI Heritage Certificate, this Austin-Healey 3000 (#BT7-L/8591) was assembled between the 1st and 4th April 1960 and dispatched to Los Angeles, California on April the 8th. It was built with left-hand drive, finished in Ivory White with black trim and "factory-fitted" with Disc wheels, Roadspeed tyres, Laminated windscreen, Adjustable steering column, MPH Speedo, a Heater and Overdrive.It was purchased by our vendor in 2015 as a stalled restoration project, the previous owner had stripped the car and gone as far as having the chassis shot blasted and powder coated, before deciding that the project was a bit too much for him.
The restoration has now been completed by our vendor who has spent tens of thousands of pounds during the process of turning the BT7 into one of the smartest 'Fast road' Healeys we have ever seen. Now superbly finished in British Racing Green, the body is mainly aluminium with the original Healey shrouds having been restored using traditional panel beating methods, an aluminium bonnet is fitted, as is an aluminium boot lid. The doors are aluminium skinned over the original steel frames and the wings are original.
The car's specification is extensive but includes;
On a recent visit to Aldon Automotive's rolling road, we understand that after setting up, the engine displayed an output of a remarkable 220bhp. During September 2017 the car was fully inspected by an Austin-Healey specialist for insurance valuation purposes and they concluded that the "Body, interior and Engine were in A1 condition" and placed the 'total loss value' at £70,000. This lovely 'Big Healey' is now right-hand drive and is accompanied by its Heritage Certificate, insurance valuation, some photographs of the restoration, a folder full of invoices and will have a fresh MOT in time for the sale. 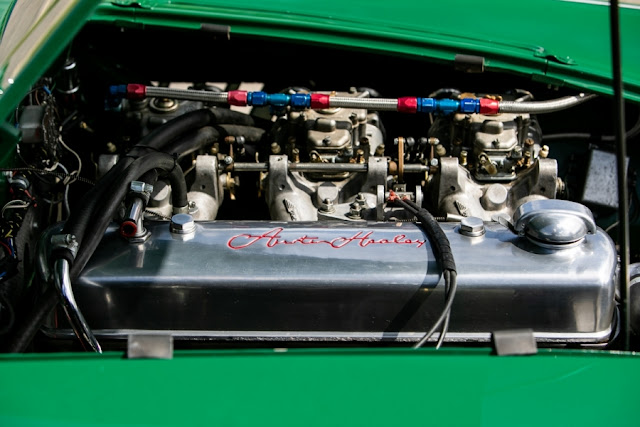 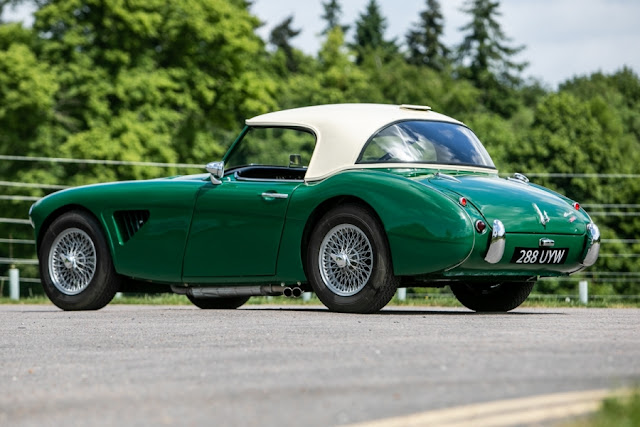