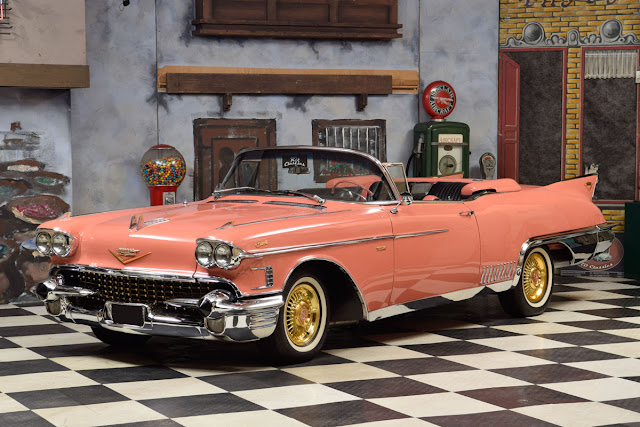 Cadillac’s Eldorado Brougham is the superlative automobile of the Fifties, a coachbuilt luxury car handcrafted to the highest standards and outfitted with every luxury, appointment and accessory known to Detroit at the time. Flamboyantly but tastefully styled and extravagantly expensive at $13,074, the Eldorado Brougham expressed exclusivity in every line and feature.
Beginning in 1956, the Eldorado convertible was renamed the Eldorado Biarritz. That year, it was joined by a companion two-door hardtop coupe named Eldorado Seville. Both took their names from romantic European cities; Biarritz was a fashionable French seaside resort and Seville, a fabled old city in Spain. New front-end styling for 1958 featured four-headlight illumination and a wider grille consisting of fine, jewel-like metallic studs. Chrome blades capped each front fender.
The rear remained similar to the previous year, newly updated with 10 vertical chrome trim pieces ahead of the rear wheel openings. A new, narrow “V” emblem appeared on the lower-left corner of the rear decklid with the Eldorado name spelled out in small block letters beside it. Standard equipment was a 335 bhp 365 cu. in. V-8 engine with triple two-barrel carburettors. At $7,410 before options, only 815 convertibles were produced.


Finished in the striking combination of original Tahitian Coral with a leather interior and gold trim and convertible roof, this restored Cadillac has a huge presence on the road still today. The Eldorado has excellent paint and chrome and a very clean well-appointed interior. The handcrafted soft top is also in top condition and works very well, and the Cadillac sits on nice Cadillac wire wheels fitted with whitewall tires. With power steering and brakes, this very relaxing car is possibly the perfect summer cruiser. 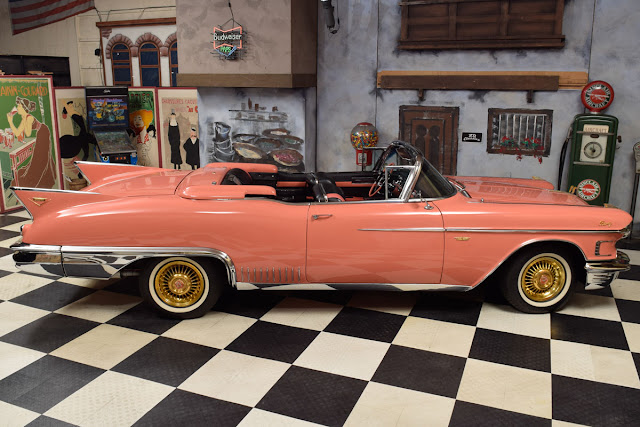 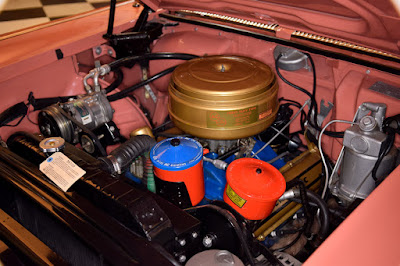 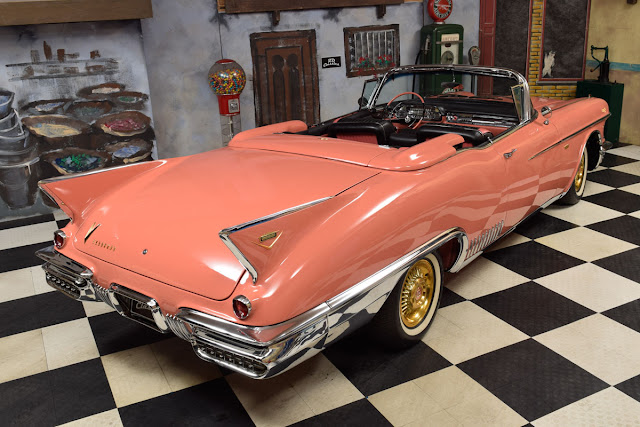