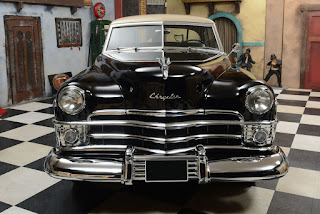 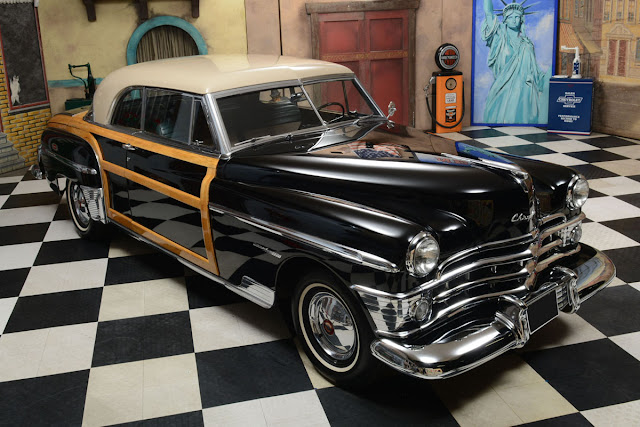 Representing the end of the line for Chrysler’s luxurious post-war “woodie” automobiles, the Town and Country Newport of 1950 was a one-year-only model, and it was also the only factory production “hardtop” Town and Country ever built. It utilized its own unique, all-steel body, which had decorative ash framing that was hand-formed and then applied to the assembled steel body panels and around the side panel inserts that had been painted the same as the body color. The interior was beautifully wood-trimmed, with fascinating details to be found throughout. Underneath were disc brakes, which Chrysler had first pioneered in 1949.
Offered only with the 135-horsepower Spitfire straight eight and Fluid Drive transmission, the Town and Country Newport retailed at $4,028, making it Chrysler’s most expensive car outside of the big Crown Imperial sedans. Only 698 were built, after which the luxury Town and Country, once the favourite of movie stars and country club founders, became a thing of history.
The most expensive American Coupe which you could buy at the time, the example offered today now offers much value for money in the current market. The Chrysler is in very good condition, with beautiful black paint and well-finished chrome and wood. The interior is very clean with nicely kept carpets, seats and door trim. The 5.3 litres Straight Eight engine very quietly delivers 135 bhp through a smooth-shifting transmission.
Presented very much as it would be originally, this wonderful, well-preserved Coupe is an ideal addition to any collection of classic American “woodies.” 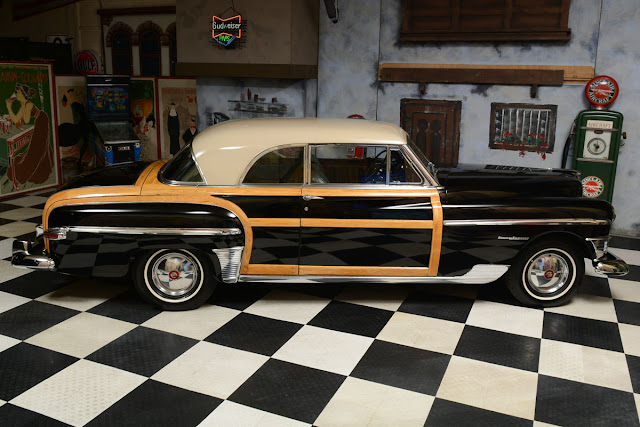 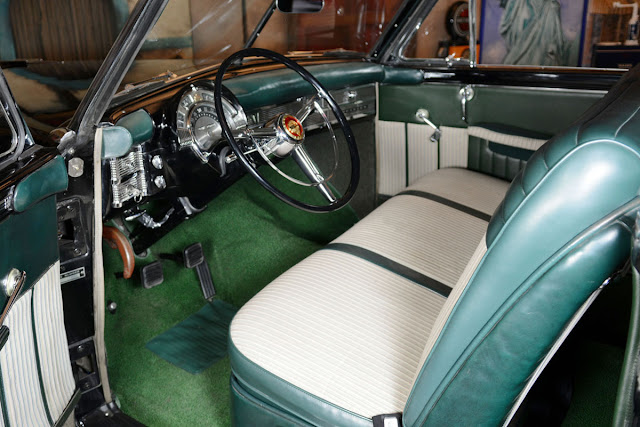 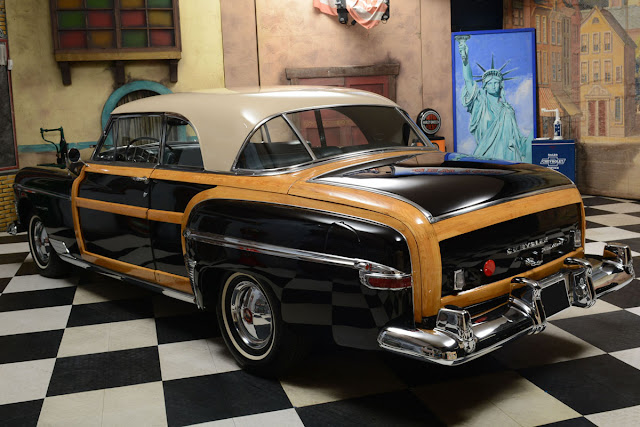