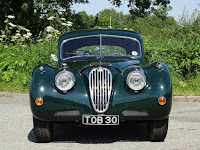 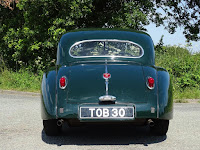 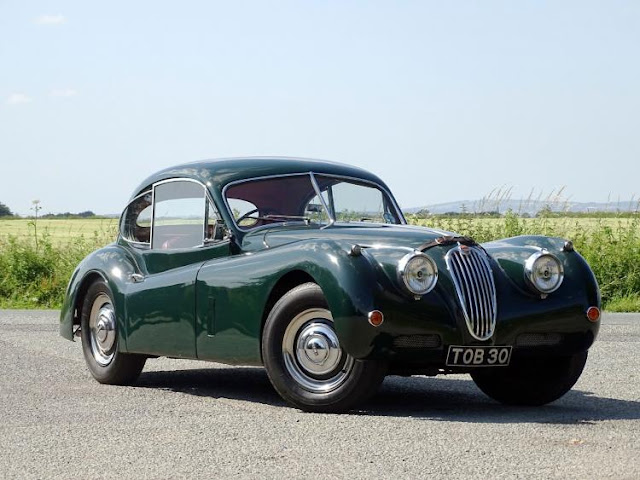 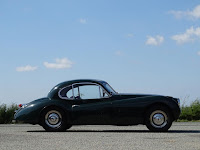 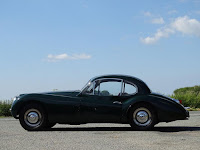 H&H are indebted to the vendor for the following information:-

Bought from in 1998 from Larry Kinch, a well known Scottish businessman and car collector, as a stripped shell. Chassis up restoration over the next 10 years, latterly with Milford Vintage Engineering in Kirkmichael. Over £70k spent (including purchase).

Post restoration made two return trips to Le Mans in honour of the privately entered 1956 XK140 FHC that was raced by Roger Walshaw and Peter Bolton, but was (erroneously?) black-flagged while lying 11th.

Two concessions to modern motoring were made after the first trip to Le Mans - these cars were never designed to travel in the Paris rush hour! Added a Kenlowe electric fan and a Guy Broad designed 6 blade engine-driven fan to prevent overheating. Also, an alternator (in disguise) and a single 12V battery to improve efficiency.

Some years after restoration a C Type engine was installed, by renowned Aberdeen based Jaguar specialist David Cunningham. The engine had been sitting in the workshop under wraps for many years before I managed to persuade him to part with it as it would be better that it was used in an original XK. The unit is lightly race tuned. The overdrive gearbox was also overhauled at the time.

The car is now effectively uprated to SE spec- all that is missing are the spotlights, but as there are no bumpers that was not done. Bumpers were left off intentionally as they look very heavy compared to the 120, and this also is reminiscent of the Le Mans car.

Valuable registration comes with the car

Mileage is not relevant: inspection of old MOTs shows that the odometer was not working for many years, and when the speedo was overhauled it came back showing exactly 10,000 miles less! The C type engine has only done ~2000 miles since being installed in the car.

Only 839 RHD XH140 FHCs were ever made, and very few were SE spec with overdrive. According to the data database, only 12 SE overdrive cars are still around - this is a rare car! 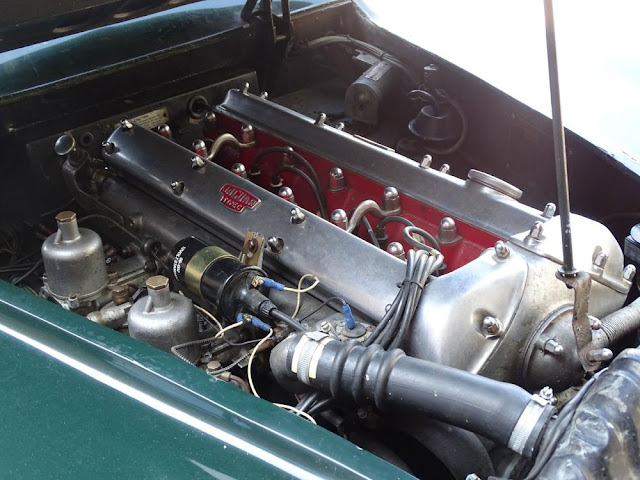 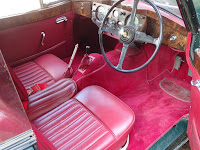 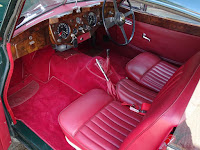 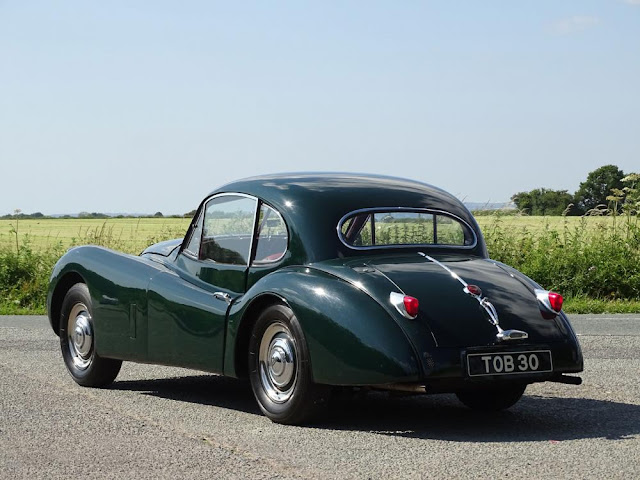