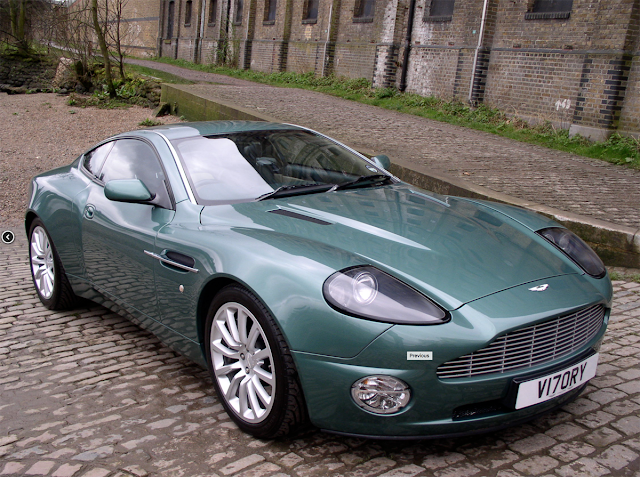 2002 ASTON MARTIN VANQUISH
Developed from the 1998 Project Vantage concept car, the V12 Vanquish entered production in 2001. The Vanquish marked a large step in the company’s engineering featuring a bonded aluminium chassis combined with many pieces of traditional craftsmanship, ushering in a new era for Aston Martin.
This beautiful example was supplied new on 30th April 2002, finished in the rare and desirable AML Racing Green Metallic with green/cream Connolly leather upholstery, headlining
and soft trimmed panels in Alcantara. The specification was extensive and is available upon request.


In current ownership since 2010, the Vanquish was converted immediately at the Newport Pagnell works to the highly coveted 6-speed manual gearbox transmission, at a cost of £23,379 at 53,000 miles. The Vanquish has now covered just 58,000 miles, supported by full and comprehensive Aston Martin Factory and Main Dealer service history. We note there are 11 stamps in the Service Book, with the last service by Stratstone in London at 57,747 miles. At 58,171 miles a completely new exhaust system and new accelerator pedal was fitted (at a cost of £11,328), since which time the car has been dry stored and used sparingly.
Finished in possibly the most desirable colour scheme for the Vanquish, very much reminiscent of the works DB4 GT Zagatos of the 1960s, this is a very collectable choice that can also be driven and enjoyed all year round. 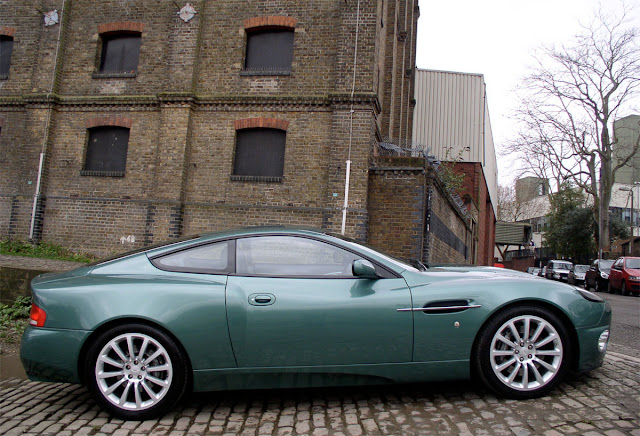 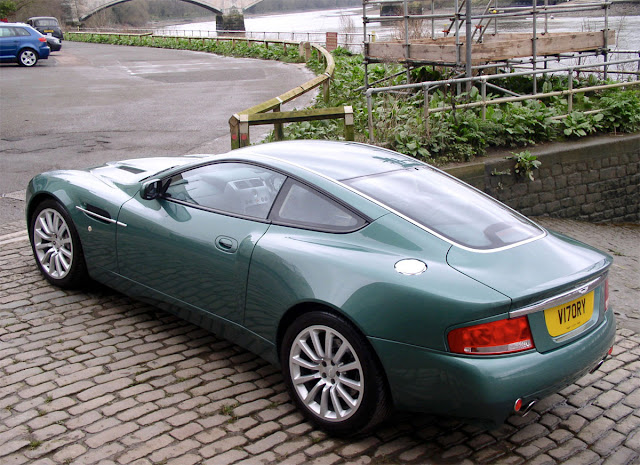