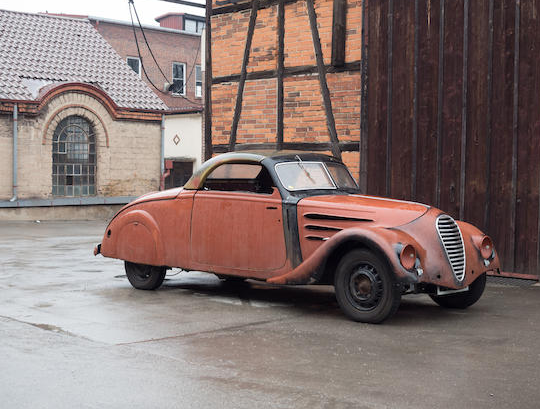 1936 Peugeot 402 Eclipse E4 Coupé Cabriolet
Restoration Project
Chassis no. 601504
•One of Peugeot's most expensive and exclusive cars
•One of only 36 Eclipse models known to survive
•One of only three two-seaters with electric roof known
•Delivered new to Nice, France
•Off the road since circa 1960
•Offered for restoration 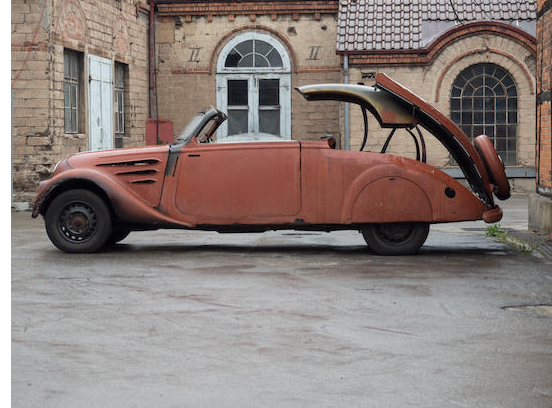 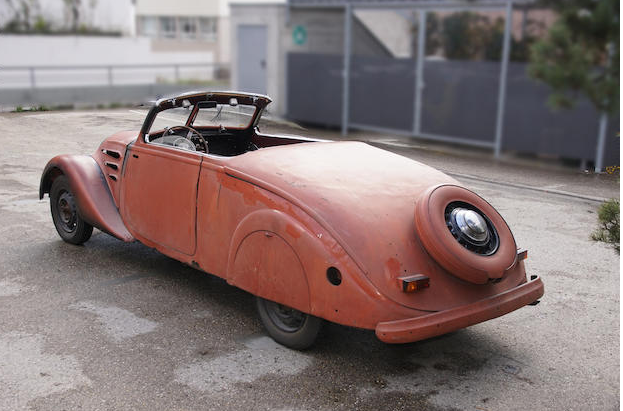 CLASSIC CHATTER
Powered by Dragons
Posted by jeffharris at 16:28