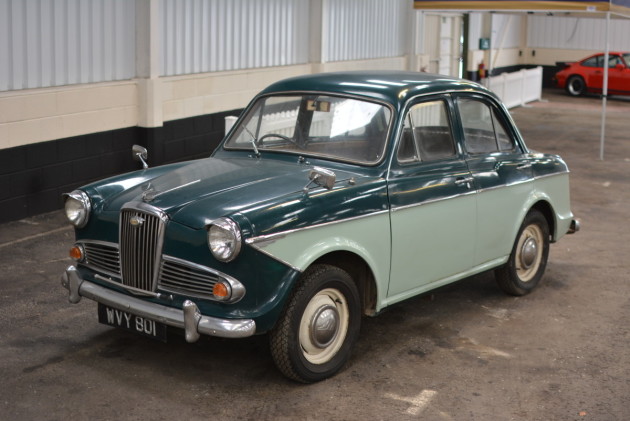 Launched alongside the Riley 1.5, the Wolseley 1500 was a much the same, but had a 50bhp single-carb B-series engine and brakes by Lockheed rather than Girling (for some reason) – all at a slightly more affordable price tag.
Whether it was down to the brakes, the badge or the price, the Wolseley sold in greater numbers yet offered similar levels of refinement and comfort to its stablemate. It was powered by the 1,489cc B-series engine with 50bhp on tap, which was enough to propel the car to 77mph – although it wouldn’t take much to pop in a full-house 2.1-litre stroked B-Series from an MGB if so desired which would turn it into a right little road-burner.
First supplied in February 1961, WVY801 features a traditional wooden dashboard with central gauges and brown leather-faced seating. Understood to start, run and drive, this 1500 would no doubt benefit from some light fettling before being used with any enthusiasm on our roads yet offers an affordable entry to the Classic car scene in something a bit different.
The history file includes the V5C, seven old MOTs dating back to 2009 and a host of invoices covering the last 12 or so years including routine service work, ignition coils, new dash clocks, new dynamo and pulley, choke cable, replacement condenser and points among other works and parts.
The nice period registration is also transferable should your initials be WVY… 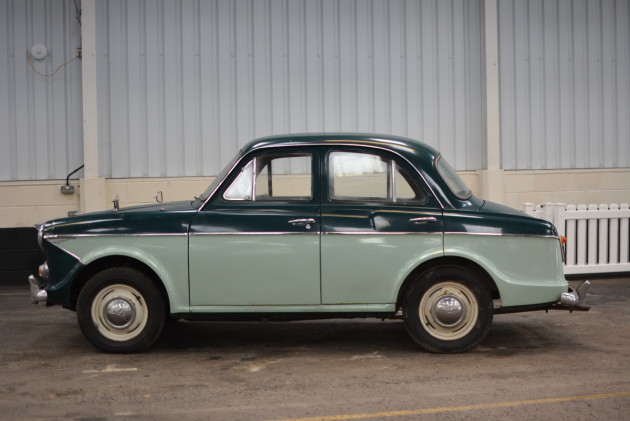 CLASSIC CHATTER
Powered by Dragons
Posted by jeffharris at 13:03