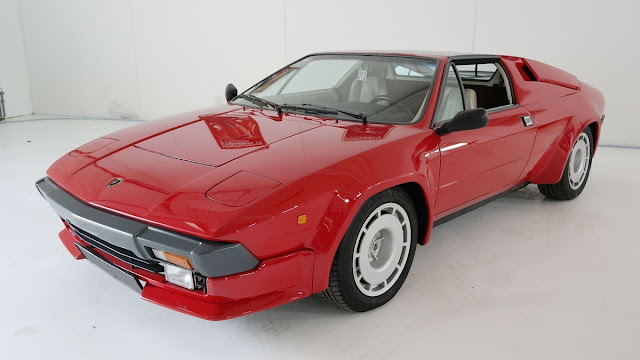 The Lamborghini Jalpa made its public debut at the March 1981 Geneva Auto Show; joining the Countach, this open coupe (removable “targa-style” roof section) has been referred to as Lamborghini’s “practical exotic car.”
The Jalpa was penned by Marcello Gandini of Carozzeria Bertone, who designed many preceding Lamborghini’s. A new “flying buttress” roofline extension, along either side of the engine bay, created a sharp fastback profile featuring jutting air intakes and uncompromising lines to create a car that looks purposeful and intimidating.
The November 1982 issue of Road & Track magazine featured the Jalpa on the cover and commented that “Exotic automobiles are wonderfully exciting. They provoke emotional responses among car enthusiasts that often transcend all rational considerations.” They continued that people “go crazy over a swoopy, low exotic car whose rumbling exhaust note synchronizes with their pulse rate.”
Recognized as the final attempt at creating an entry-level Lamborghini with a V-8 engine; the Jalpa was another name given in true Lamborghini tradition, taken from a famous breed of fighting bulls, just like the Miura model name from the late 1960s. This new model was based on the original Urraco, but the Jalpa was more a successor to the Silhouette in concept with the similar open top, targa-style roof configuration of one large removable panel above the driver and passenger.
This Lamborghini Jalpa is certainly one of the best on offer today and definitely in collector’s condition despite its 32 years of age. The odometer is reading a mere 27,500kms and warranted and further backed by the numerous invoices for services done on this exceptional Jalpa. Definitely an example for the serious Lamborghini collector. 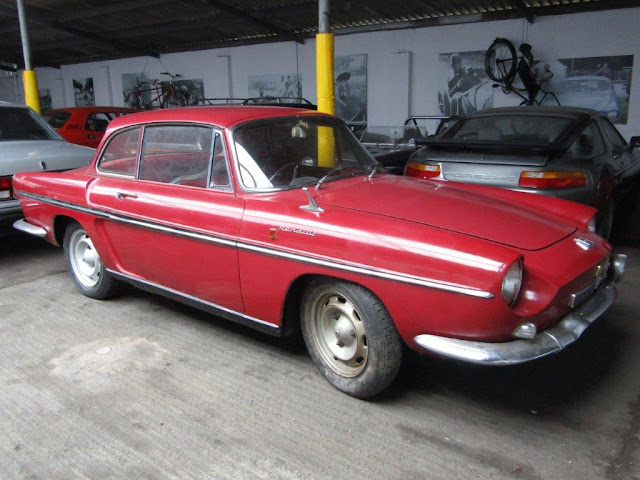 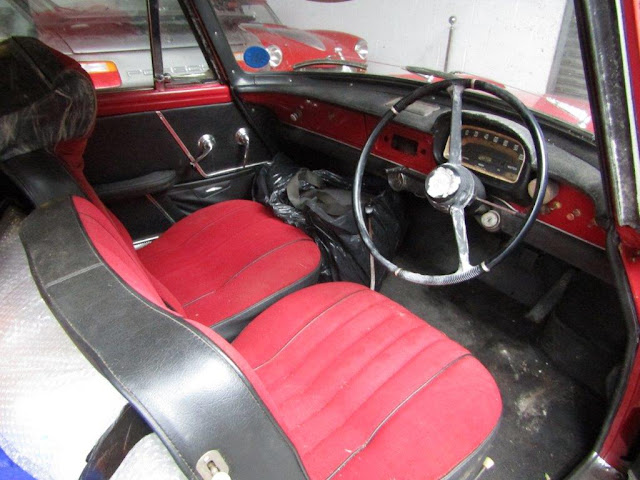 This Caravelle was purchased by the current owner when stationed at RAF Rheinahlen in 1962. He collected the car from the Renault factory himself and it was used extensively for family trips between Germany and the UK until he left the services in the mid-1960s. The car was then registered in the UK in 1964. The car broke down on a family holiday in Wales in 1974 which was repaired, but the recovery team damaged the spare wheel tray in towing the car. It was placed in the owners' garage to be repaired but due to house moves, this did not occur and it has remained in storage for the last forty‑five years. It will require UK re‑registration. Has original green log book, many handbooks, brochure and charts, original purchase documents, MoTs and tax discs dating 1960's to the 1970s. Mileage recorded at 64,734 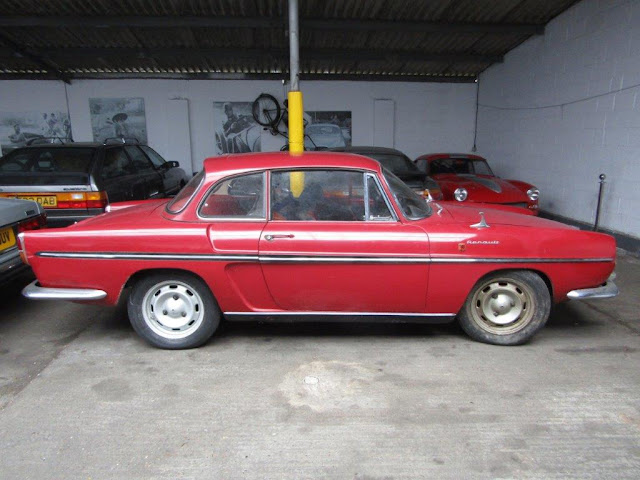 CLASSIC CHATTER
Powered by Dragons
Posted by jeffharris at 10:18