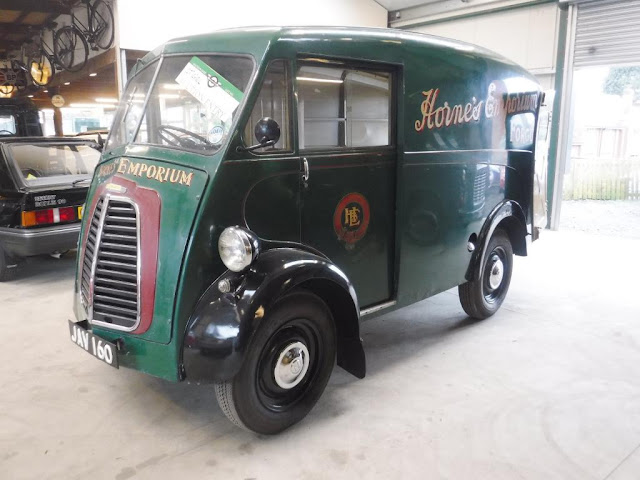 1953 MORRIS J-TYPE VAN
Being owned by a local farmer in Forgue, Aberdeenshire, Jimmy Horne built up his business in the 1920s when he bought the local post office and shop, which was the start of Horne's Emporium. The business also had a large garage next door to the Emporium where he serviced agricultural machinery as well as being a main sub-agent for Massey Ferguson tractors. The Emporium part of the business was sold in 1960 to a relation of Jimmy Horne and became known as Duffton emporium. Jimmy retired in 1977 selling out to a main tractor agent. He died in the early nineties at the age of 88 however his name still lives on the side of the van.
The J type was bought new on 25th March 1953 by Jimmy Horne, to replace a Jowett Bradford panel van that could not cope with the country farm roads, especially during the hard winter months. The van was ordered through the main agent in Aberdeen and was delivered in its original green, which it still sports today. Before being pressed into service, the van was decked out with wooden shelving on both sides to hold all the ironmongery that would be used and sold during its working life. Unfortunately only the nearside original shelving remains.
In 1960 the van was driven into a corner of the garage as more modern vehicles were pressed into service. In 1977 after being discovered the van was put on the back of a low loader and transported to a farm on the outskirts of Aberdeen.
It was on display at Grampian Transport Museum from 1984 to 1988 and during its stay there it was hired out to the BBC on a couple of occasions and used as a period vehicle on a film set.
The J type was then returned to the farm and dry stored until 1998 when it was bought by a vehicle enthusiast.
The best bid will be submitted on the day to the vendor.
On-site for viewing.
We are open 7 days a week here at Thornton Le Dale for pre-sale viewing, although a quick phone call prior to travelling is advised.
Don't forget. We personally collect FREE of charge around 90% of all our auction vehicles.
So, if you have a vehicle which you would like us to re-home.... just make the call. 01751 474455
Thank you. 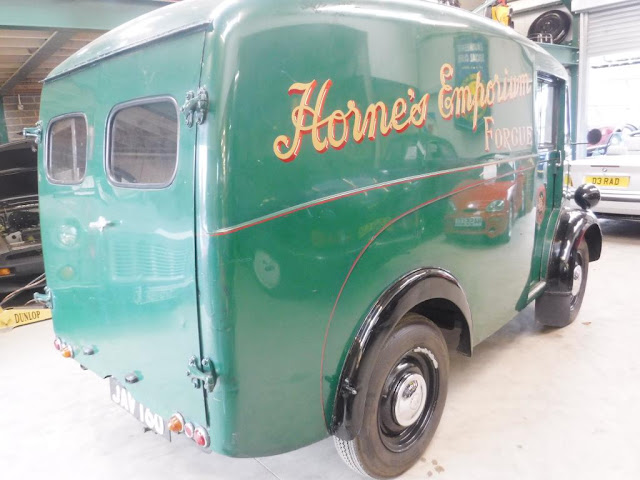 CLASSIC CHATTER
Powered by Dragons
Posted by jeffharris at 10:07