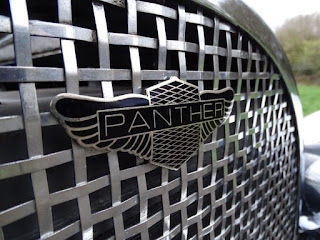 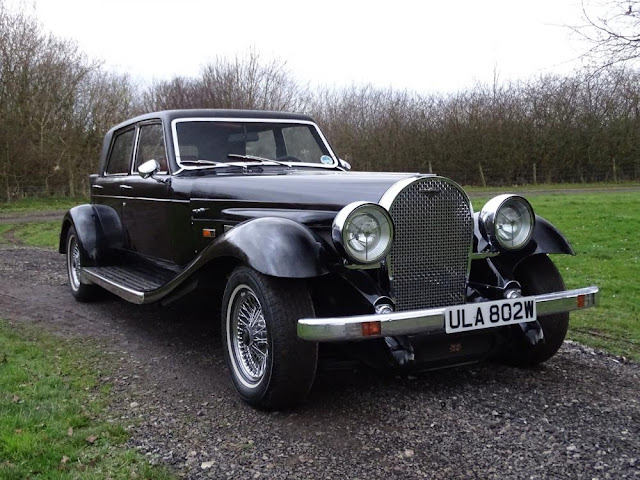 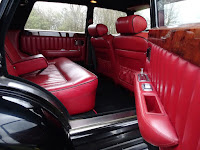 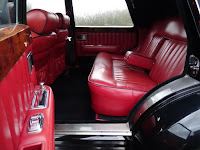 For most of its life, the Panther De Ville was Britain's most expensive production car, and it is easy to see why. Using mainly Jaguar mechanicals (including a straight-six or V12), the tubular-framed De Ville took styling cues from the Bugatti Royale and was beautifully constructed at Robert Jankel's Panther Westwinds facility at Weybridge. Interiors were opulent and well-appointed, often including drinks cabinets and televisions, and the car was offered as a four-door saloon or a convertible (although one six-door limousine was built). Clients were rich and generally ostentatious; famous owners included Oliver Reed and Elton John, and Cruella De Ville (played by Glenn Close) famously drove a black and white example in the film 101 Dalmatians.

This 1981 De Ville from the Ian Grange Collection is well appointed in black coachwork and a red leather interior with contrasting black piping. It has factory-fitted electric sunroof and air conditioning units, the latter having been refurbished with new condenser, pipes and seals. The car is fitted with the larger 5343cc Jaguar V12 engine mated to an automatic gearbox and the car runs on chrome wire wheels. Today, its Jaguar underpinnings making it relatively easy to drive and maintain, and a thriving owners club offering strong support, make the Panther De Ville an attractive and rare (only around 60 were made) classic sports car. This left-hand drive example, bearing the registration 'ULA 802W' comes complete with a history file, V5 and current MOT valid until 13th February 2020. Indeed, records show a regular annual MOT history back to 2010. Offered with no reserve, this offers a rare opportunity to purchase a De Ville with a great colour combination and up-to-date MOT.

Not the tallest man in the world, Ian Grange was nonetheless a very much larger than life character. Born in Stockport, severe dyslexia saw him leave school at fifteen with no qualifications. After doing his National Service, Ian went into the Manchester motor trade. A school of hard knocks that could literally have the shirt off your back (as he found out when purchasing a Jaguar E-Type from Harold O'Connor), the budding entrepreneur learnt to wheel and deal with the best of them setting-up Red Lion Autos in Cheadle before specialising in classic cars and relocating to Chorlton.

A serial nightclub owner as well as a car dealer whose clientele included 'everyone from dustbinmen to lords', Ian traded on both sides of the Atlantic Ocean. Resident in Florida for several years, he could turn a profit on machinery that made more conservative rivals blanch! Never afraid to sit on his stock 'while it increased in value', he professed there was 'a bum for every seat' and sold a fabulous array of classics including a Mercedes-Benz SSK, Lamborghini Miura, Ferrari 275 GTB, AC 428 Convertible, countless coachbuilt Rolls-Royces and Bentleys not to mention numerous outlandish American cars.

A classic car dealer for almost sixty years, Ian was a familiar face at auctions up and down the country. Happy to be bound by one of his irrevocable handshakes and a stickler for punctuality, he remained active up until his death last year. Thankfully, his daughter Samantha Grange-Bailey is picking up where her father left off and will reinvest the proceeds of the collection in further stock 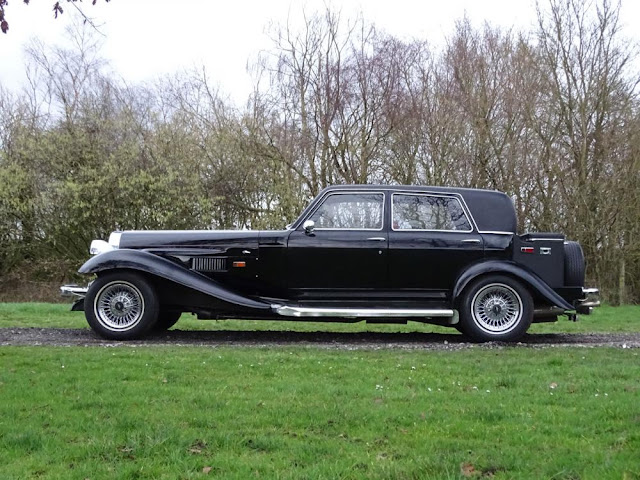 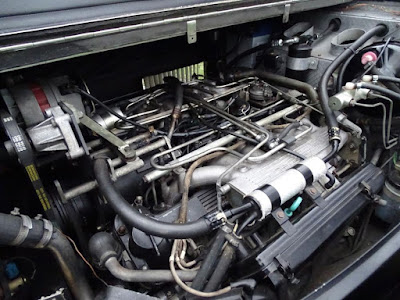 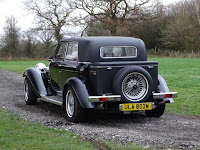 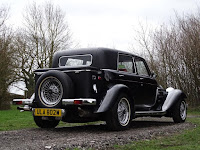