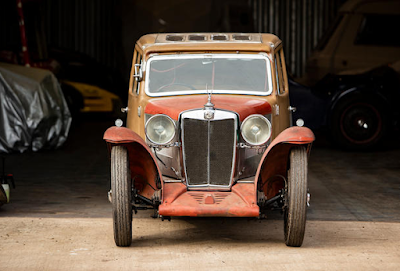 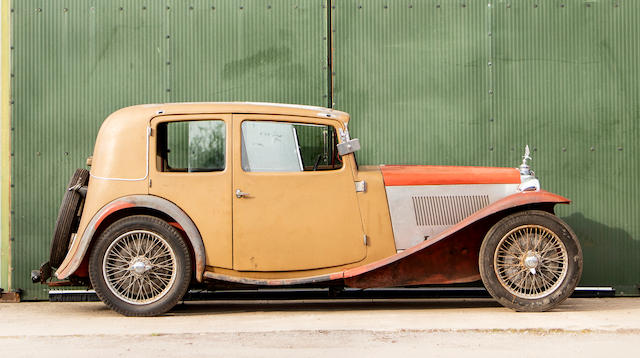 
*Fitted with the 1,271cc engine
*Present family ownership since 1964
*Offered for restoration

Small-capacity six-cylinder cars were much in vogue in the early 1930s and MG had duly climbed aboard the bandwagon in 1931 with the launch of the Magna F. Continuing the 'small six' theme, the K series of Magnette sports cars was announced at the London Motor Show in 1932. The Ks used an overhead-camshaft six-cylinder engine similar to that of the existing Magna series, but downsized to 1,087cc to gain entry into racing's 1,100cc Class G. Success in Class G was considered vital by MG boss Cecil Kimber, although customers not intent on competition could specify the Magna-type 1,271cc engine. For the K series, MG's long-stroke 'six' received a cross-flow cylinder head, and while the K1 was available in a range of body styles, the short-wheelbase K2 was only ever offered in two-seater sports form. Only 372 of all K1/K2 types were built between 1932 and 1934.

'AXB 201' was first registered on 5th December 1933. Little is known of the car's pre- and immediately post-WW2 history prior to its purchase by Mike Waggot in 1964. In poor but running condition when acquired, the MG was used initially before an ongoing restoration was commenced. Elements of the body have been replaced but the original body plate is still in place, and while the chassis is presumed original, the front knuckle has been replaced with one of a different number, possibly following accident damage (it was in place in 1964). It should be noted that the accompanying old-style continuation logbook (issued 1962) records the body number, not the chassis number.


We are advised by the private vendor that the chassis and body are in good condition, the former requiring inspection and the latter - currently in primer – in need of finishing, as is the original interior. The gearbox has been rebuilt but has not been tested, while the engine has been dismantled and will require a full overhaul. Offered with sundry bills and a V5 registration document, 'K0370' represents a wonderful opportunity for the MG enthusiast to bring one of these rare early six-cylinder MGs back to its former glory 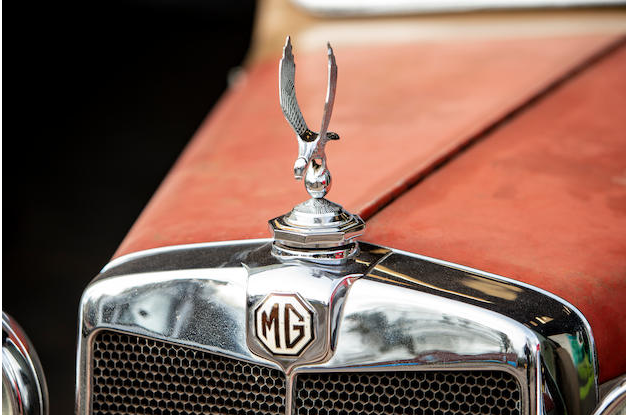 CLASSIC CHATTER
Powered by Dragons
Posted by jeffharris at 12:14