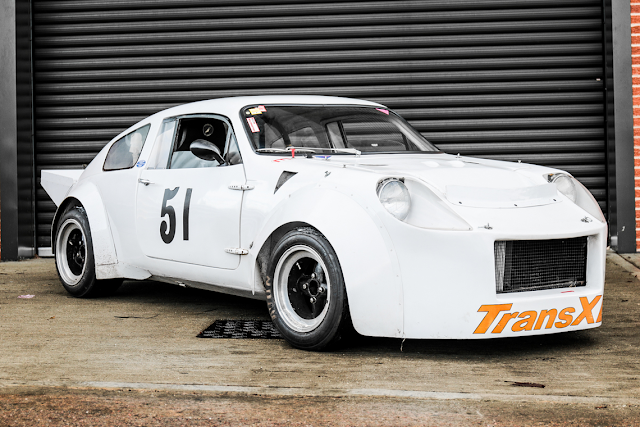 Following the cancellation of Dizzy Addicott's DART project (the original streamlined Mini racer), Jem Marsh from Marcos set about creating something similar. The car was designed by Brian Moulton with Malcolm Newell as pattern maker, along the same lines as the Mini Jem but clearly not a copy. The resulting Mini Marcos was somewhat simpler in construction and rather untidy at the front with a large flat radiator box angled downwards under the nose. The new baby made its debut at Castle Combe circuit in September 1965 on a wet track, which suited front wheel drive, and in the hands of local Mini exponent Geoff Mabbs, the Mini Marcos thrashed the opposition, lapping all but one, a Ginetta, to win by over a minute. The car was exhibited at the Racing Car Show at Earl's Court, London, in January 1966, a full year ahead of the Mini Jem. However, racing was not the Mini Marcos's only forté as it was rather successful going in a straight line, setting four British Land Speed Records aimed by Steve Roberts.
This TransXL International works car from 1977 utilises lightweight construction, is fully rose-jointed, and is fitted with a special rear axle and magnesium calipers. The 1480cc 'A' Series engine was purpose-built by John Mowatt as were the special gearbox and limited slip differential.
Driven by Steven Roberts, the car gained four land speed records (the flying mile, half mile, kilometre and 500m for cars up to 1600cc) and has won two Modsports Championships outright plus three others as a class winner. Probably the most successful Marcos ever built as the championship starts to win ratio is so impressive. In 98 races, this Marcos won 36, came second 27 times, third 11 times, with 74 podium places from 98 starts.
Its distinctive looks, diminutive size, and giant-killing racing success were all factors in the car being exhibited at the London Science Museum and subsequently at the National Motor Museum at Beaulieu. Sometime later the car was raced by Neil Roscoe and was fully rebuilt in 1999 whilst in the ownership of  Richard Line, before spending some time in the States in the care of David Kessinger in Harrison City, Pennsylvania. Under our vendors private ownership for the past few years, Robin Lackford was tasked with lightly recommissioning the car in 2016 culminating in a track day at Brands Hatch Indy in which the fastest time of 56.3 seconds, from a driver with no front wheel drive experience, shows this car hasn't lost any of its impressive performance.
Offered with a comprehensive history file, eligible for CSCC Modsports, and coming to Race Retro with 'No Reserve' this is a rare opportunity 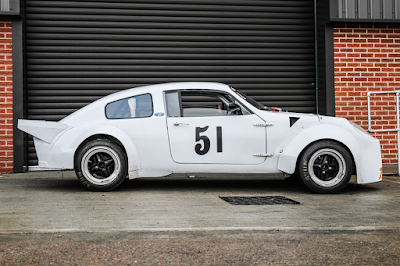 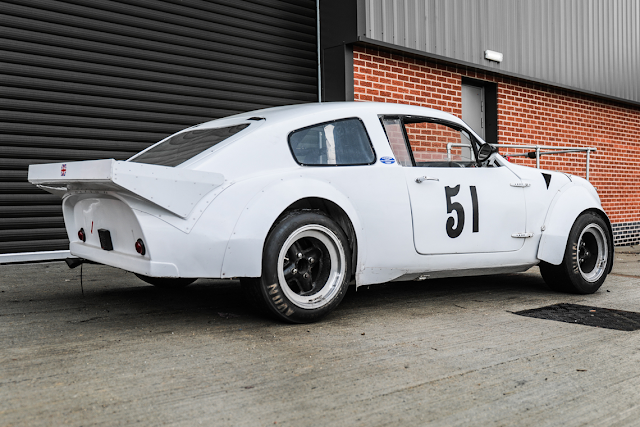