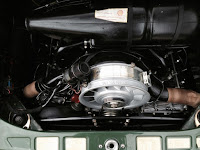 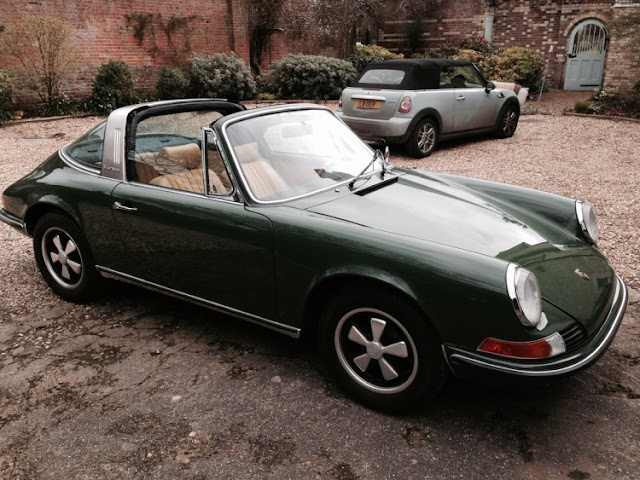 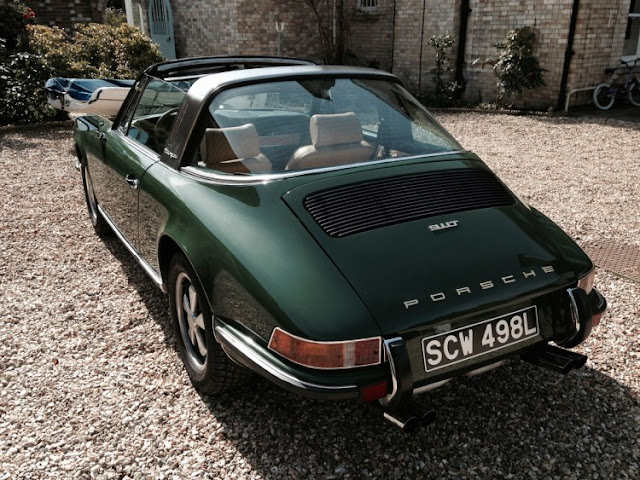 Porsche’s long-running 911 arrived in 1964, replacing the 356. The latter’s rear-engined layout was retained, but the 911 switched to unitary construction for the body shell and dropped the 356’s VW-based suspension in favour of a more modern McPherson strut and trailing arm arrangement.
In its first incarnation, Porsche’s single-overhead-camshaft, air-cooled flat six displaced 1,991cc and produced 130bhp; progressively enlarged and developed, it would eventually grow to more than 3 litres and, in turbocharged form, put out well over 300 horsepower. The first of countless up-grades came in 1966 with the introduction of the 911S. Easily distinguishable by its stylish Fuchs five-spoked alloy wheels, the ‘S’ featured a heavily revised engine producing 160bhp, the increased urge raising top speed by 10mph to 135mph. The 911T was added to the Porsche line up in 1968 as the “Touring” form of the 911. It had the 2.0-litre engine, but with a performance output of 110bhp. The T was the base model, costing 10 per cent less than its more powerful brother, the 911S.
A lengthened wheelbase introduced in 1969 improved the 911’s handling, and then in 1970, the engine underwent the first of many enlargements – to 2.2 litres. Tenacious adhesion, responsive steering, very good flexibility, superb brakes, meticulous finish and a solid, unburstable feel were just some of the virtues praised by Motor magazine in its test of a Porsche 911 in 1973.
This beautiful example of the 911T Targa is presented in the original colour of Irish Green (code 1510) as corroborated by the Certificate of Authenticity in the history file. This matching numbers car benefitted from a complete engine rebuild in 2014/2015 by marque specialists RPM in Hertfordshire with invoices totalling approximately £6,000. Furnished with a UK V5C and current MOT, this superb and highly collectable Porsche is ready for a new enthusiast to take to the open road. 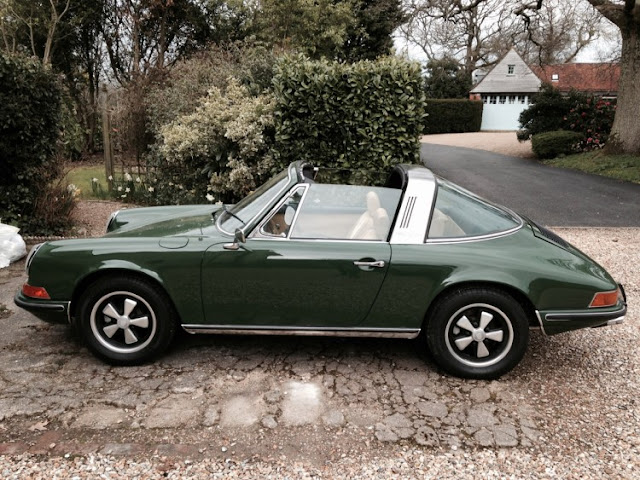