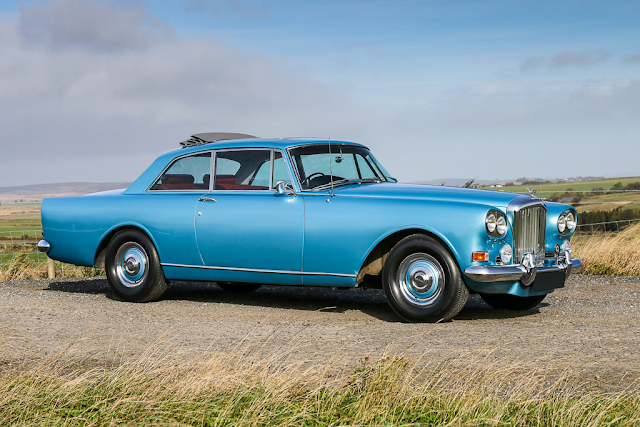 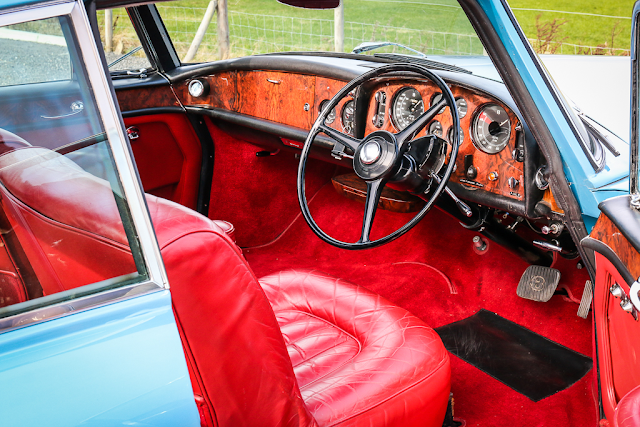 Bentley's magnificent Continental sports saloon has been synonymous with effortless high speed cruising in the grand manner since its introduction on the R-Type chassis in 1952. With the arrival of the final (S-Type) generation of six-cylinder cars in 1955, the Continental lost a little of its individuality but none of its exclusivity and this trend continued after the arrival of the V8-engined S2 in 1959. Although the S2 appeared externally unchanged, its performance was considerably enhanced by the new 6,230cc V8 engine. Power-assisted steering was now standard and there was no longer the option of a manual gearbox, Rolls-Royce's own four-speed automatic being the sole offering.
The Bentley Continental was, of course, exclusively a coachbuilt automobile. The firms of H J Mulliner, Park Ward and James Young all offered bodies on the Continental S2 chassis. By far the most striking of these S2 Continentals were those bodied by Rolls-Royce's in-house coachbuilder Park Ward, and this design by Norwegian Vilhelm Koren, with its influential continuous front-to-rear wing line, would continue on the S3 Continental. Quad headlamps were the S3's major styling innovation, and on the H J Mulliner, Park Ward-bodied Continental they were contained in slanting nacelles, giving rise to this model's 'Chinese Eye' sobriquet. Headlamps aside, the most significant change was to the S3's engine, which boasted an increased compression ratio and larger carburettors, modifications that raised peak power by some 7%. The Rolls-Royce two-door Cloud III from the same period was not a Continental, had a different chassis to the Bentley, and was clad in steel panels unlike the more sporting Bentley's aluminium suit of clothes.
Of the 312 S3 Continentals built between 1962 and 1966, a considerable number were supplied to prominent sportsmen and contemporary celebrities including Jayne Mansfield, Fanny Craddock, Sir John Mills and Harry Belafonte as they were "the car to be seen in" and pleasingly the Continental still retains that cachet.
This lovely example dates from 1964 and is finished in an attractive shade of Caribbean Blue Metallic with original St. James red leather upholstery and Burr Walnut fascia and door cappings. It was supplied new by Mcdermott & Co. Bentley agents in Sydney, Australia where it has spent most of its life. It's A really beautiful example that has been maintained without regard to expense and, as a result, it drives in complete silence feels taut and smooth. Having been in sunny antipodean climes for decades, we understand that it is corrosion free and in excellent order underneath. We are advised that this pretty Continental has covered a total of 118,000 miles from new, however, although the car was repatriated to the UK in 2015, repeated attempts to trace its service history have failed (at this stage) so, we would advise potential buyers to form an opinion based on a close inspection, which is probably the best way with any classic, really.
The car is fitted with a full-length Webasto sunroof and air conditioning, both of which were much appreciated when our vendor took the Continental on an extended trip to the Le Mans Classic in July of this year, during which it 'never missed a beat'. It was recently treated to a Bentley specialist service and will be given a, 'confidence-inspiring' once over before the auction.
We can't help feeling that the World was a better place in 1964 when this bespoke Bentley rolled out the doors of HJ Mulliner, however, I imagine that a trip down through central France in this wonderful Continental on a sunny day with the Webasto rolled all the way back, would do a fair bit to restore anyone's faith in human nature. 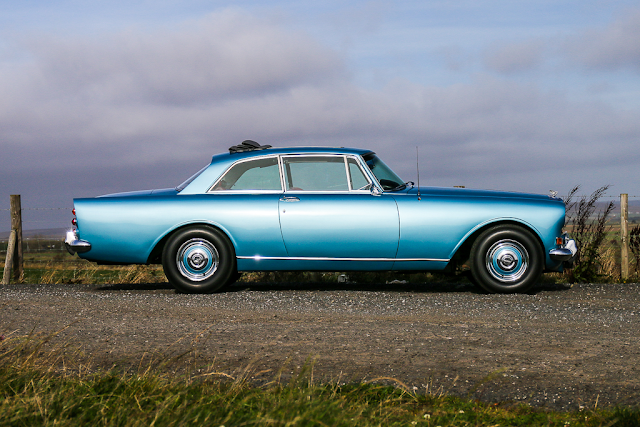 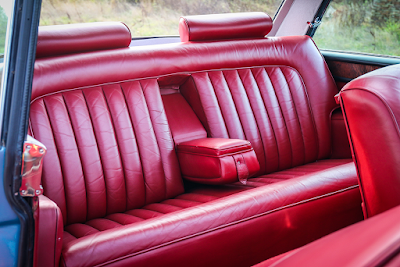 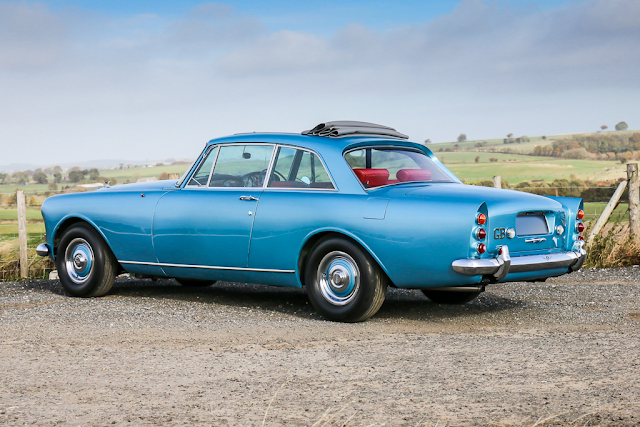 CLASSIC CHATTER
Powered by Dragons
Posted by jeffharris at 16:23