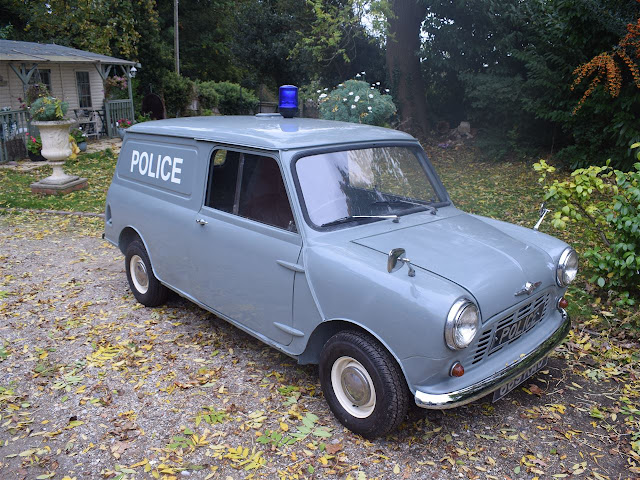 The production version of the Mini was demonstrated to the press in April 1959, and by August several thousand cars had been produced ready for the first sales. The Mini was officially announced to the public on 26 August 1959. The Mini was marketed under BMC's two main brand names, Austin and Morris, until 1969. The Morris version was known as the Morris Mini Mini-Minor, and the Austin was sold as the Austin Seven. In 1964, the suspension of the cars was replaced by another Moulton design, the hydrolastic system. The new suspension gave a softer ride, but it also increased weight and production cost. In 1971, the original rubber suspension reappeared and was retained for the remaining life of the Mini.

BMC insisted that the way company overheads were shared out, the Mini always made money. Larger profits came from the popular De Luxe models and from optional extras such as seat belts, door mirrors, a heater and a radio, which would be considered necessities on modern cars, as well as the various Cooper and Cooper S models.
The Mini entered into popular culture in the 1960s with well-publicised purchases by film and music stars. The Cooper S version was also used by some British police departments as a plainclothes car.

This 1963 Minivan 848cc in Tweed Grey was used in "Heartbeat" TV series and is described by the vendor to be in good condition all round and to have been recently re-commissioned.
It featured in many episodes of the programme mainly in the late 1990's but was shown in a repeat episode earlier this year.
This is a great opportunity for future Television work or promotional use.
The car is now both Tax exempt and MOT exempt and comes with its V5.
The number plate is transferable. These early mini vans are now becoming very sought after especially with this history. 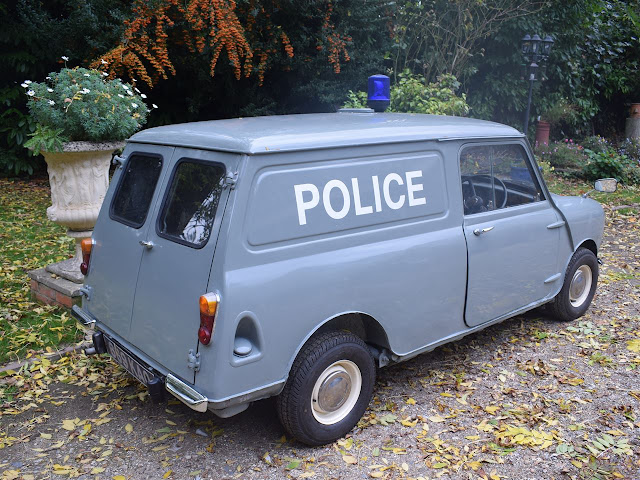 CLASSIC CHATTER
Powered by Dragons
Posted by jeffharris at 16:39