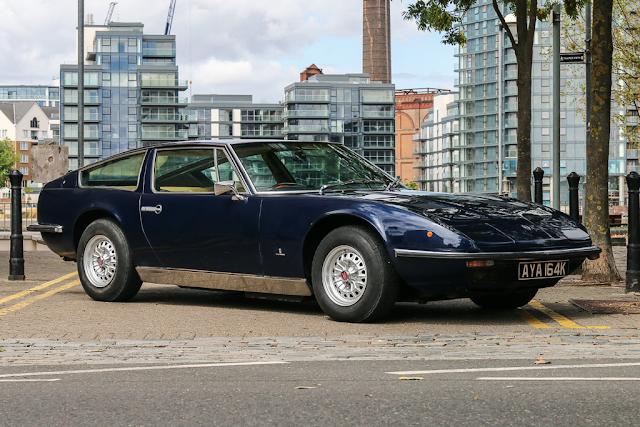 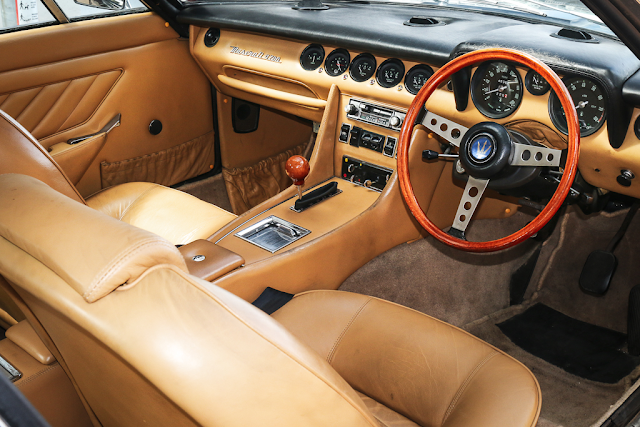 Named to commemorate Maserati's two victories at the Indianapolis 500, the Maserati Indy (Tipo 116) first appeared in 1968, at the Salone dell'Automobile di Torino as a prototype by Carrozzeria Vignale. The production model was launched by Maserati at the Geneva Motor Show the following March as a comfortable four-seat Grand Tourer with good luggage space and a top speed in excess of 150 mph.  For the 1970-72 model years, the Indy was offered with a 4.7-litre, 290bhp, V8 engine, fitted with power steering and air conditioning as standard, with the intention of capturing the US market and these later cars were billed as the "America".
Maserati was a low-volume manufacturer and Indys were only made to order. With only 1,136 cars being built in all forms. It's believed that less than fifty 4.7 Americas were produced in right-hand drive for the UK market, making this grand tourer a rare car. First registered on the 16th August 1971, this very smart Indy was delivered with the smooth 3-Speed Borg Warner automatic gearbox, power steering, and the well-appointed leather interior was fitted with air conditioning. It's easy to imagine this elegant coupe purring discreetly up to the entrance of Annabel's or galloping across country to a Cotswold house party for the weekend.
Purchased by our vendor on the 10th August 2012 and subsequently registered in her Chief Executive's name in 2013, the car was treated to a sympathetic but through mechanical and cosmetic restoration. Briefly, the sheaf of receipts on file show a new exhaust, attention to the engine, gearbox, electrics, leather interior when the mechanical work was finished, the Maserati was refinished in a sophisticated shade of Nautilus Blue. The bills on file, copies of which can be emailed to any prospective purchaser, amount to some £23,000. The odometer showed 48,362 miles at the time of consignment and the MOT is due for renewal in November 2018, although it is exempt from both the test and road tax.
Our vendor, a doyenne of British culture and design for the last five decades and awarded a Dame Commander of the Excellent Order of the British Empire in recognition of this, has expressed a desire to remain anonymous. We shall, of course, disclose all pertinent information to seriously interested parties.
To conclude, therefore, the Indy has always offered style and pace and the work of Carrozzeria Vignale has stood the test of time well. Offered at a competitive guide price compared to its early 1970's contemporaries such as the Aston Martin DBS, Ferrari 365 GTC, and Lamborghini Espada, this lovely Maserati, from celebrity ownership, represents a rare opportunity. 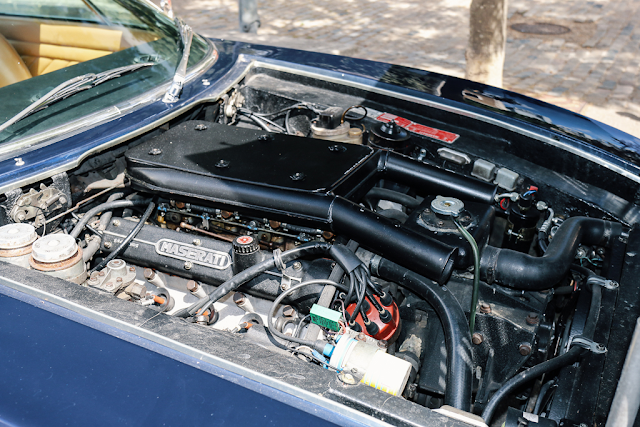 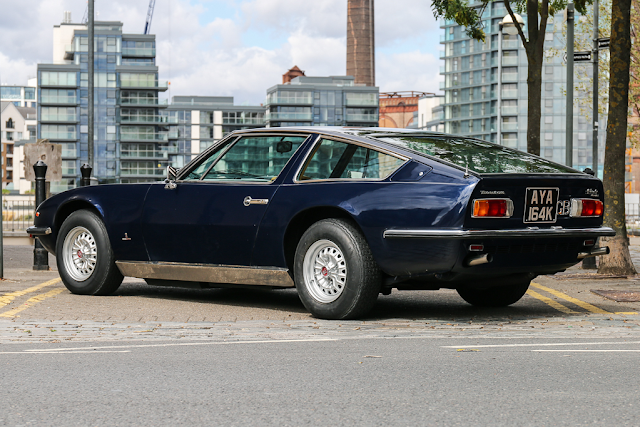