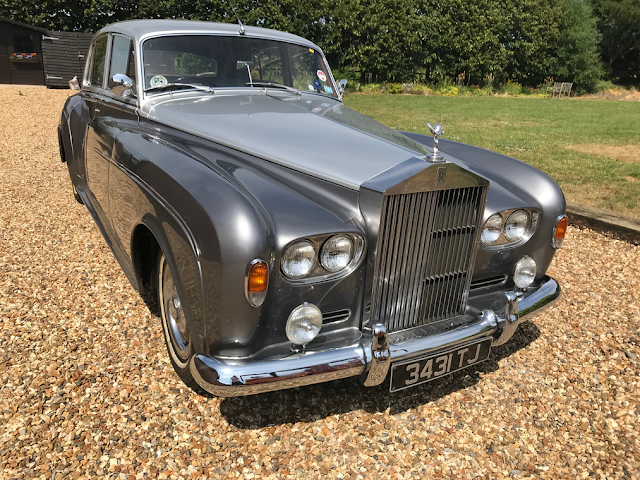 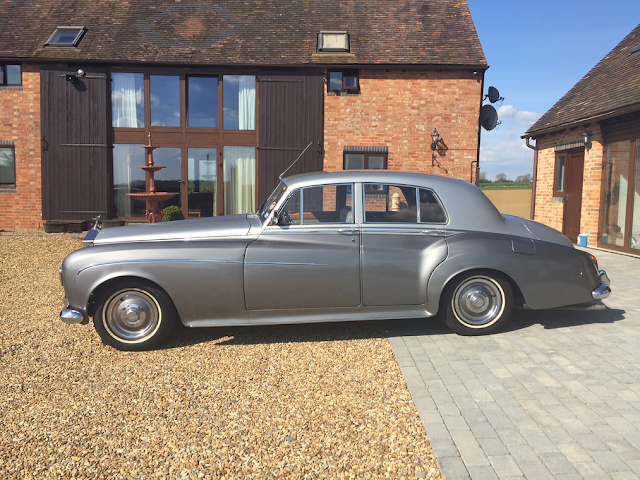 The Rolls-Royce Silver Cloud III, introduced in 1963, was the final development of the Silver Cloud line first offered in 1955 and was regarded by many as the finest in the company's history. Rolls Royce obviously felt the same way as the III was proudly advertised as "The Best Car in the World". Powered by the same stalwart 6.2-litre,all-alloy V8 that powered the Cloud II, but with a bit more power and a little less weight the Cloud III was a sprightly performer. With its smooth and efficient power plant, aristocratic looks, and majestic presence, the Cloud III would become the first choice for prominent and successful people and 3431 TJ is no exception with its first registered owner being one Fred Dawes Esq. - the man behind Radio Rentals and Rumbelows which was the largest electrical retail group in the world at the time.
Two-tone colour schemes were common throughout the 30s, 50s and 60s, manufacturers believing that a somewhat slab-sided design could be made to look longer, sleeker and subliminally faster by contrasting colours and, appropriately, the Cloud here is finished in Shell over Tudor grey with a Grey hide interior and presents in its original condition throughout. We understand that it's been  kept inside for most of its life in a specially heated garage which would explain why the paintwork is very smart and clean, the arches and sills appear rust free, and the chrome work is stunning and bright with only a little pitting limited to the handles and rear number plate light unit. This particular example benefits from an unusual chrome beltline curving along its front wings and front doors, an option that is rarely seen but really enhances the car's curves beautifully and adds a touch of style. The interior hide is in a lovely patinated condition with no tears or rip, but would benefit from a re-colour, and the Burr Walnut woodwork is beautiful and free of any splits, sun or water damage. It's being sold with a number of original custom features including whitewall tyres, electric window controls, side-view mirrors mounted on the 'A' pillars, special adjustable front seats, the sixties-style radio and manual roof aerial, rear footrests, and beautifully figured walnut picnic trays.
This is a 'matching numbers' car with its original engine and gearbox. The engine apparently runs superbly having been rebuilt in 2005 and the automatic gearbox was rebuilt some three years later. The brakes were recently overhauled as was the power steering and are in excellent order. The car is fitted with an electronic ignition upgrade, a new battery, and was recently serviced with an MoT valid until June 2019. It retains its original tools, jack and spare, and even has the spare wheel steel cover.
It's offered with a part service history which doesn't matter much as everything else is there including the owner's manual, the factory build sheets, ownership records,  workshop manual, original brochure, bills for the engine rebuild, gearbox rebuild, past MoTs, 2 keys, RREC annuals, and old photos etc
The Rolls-Royce Silver Cloud III was the last of its series and indeed was the last production Rolls-Royce to retain a conventional chassis. This exceptionally original and lovely Silver Cloud III is one of the very rare final series of coachbuilt Rolls-Royces delivered at the end of an era. 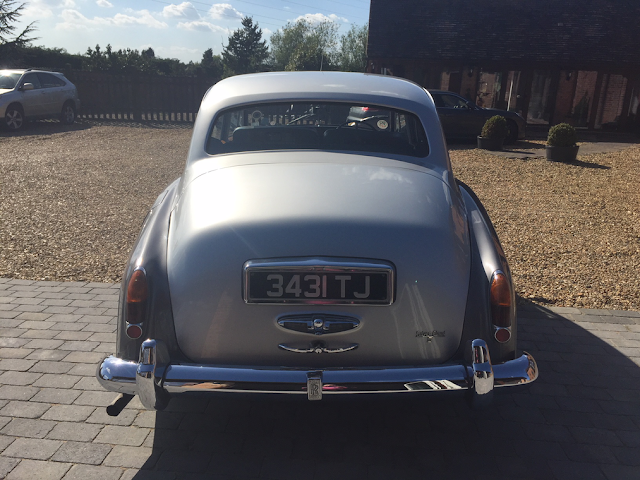 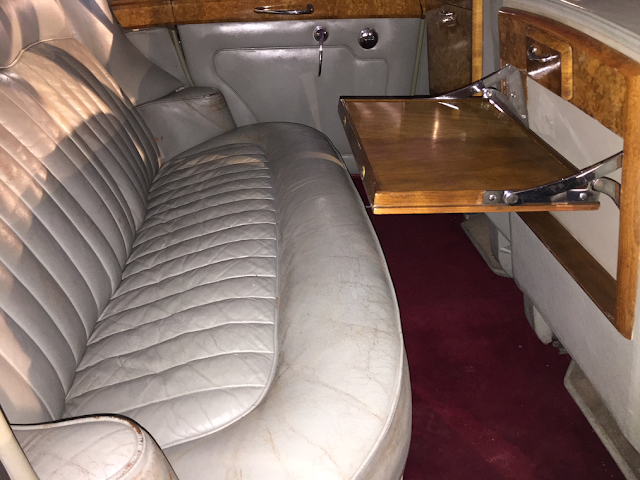