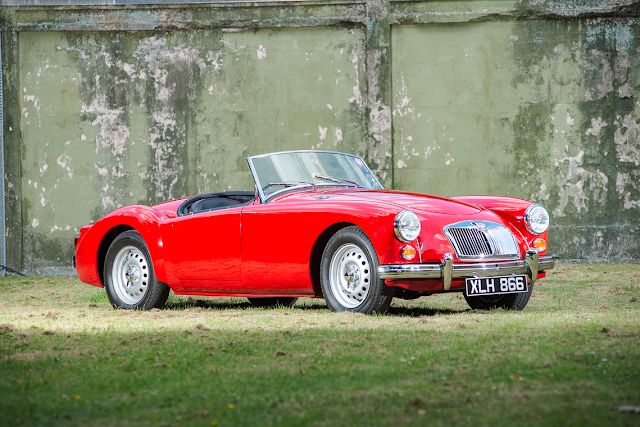 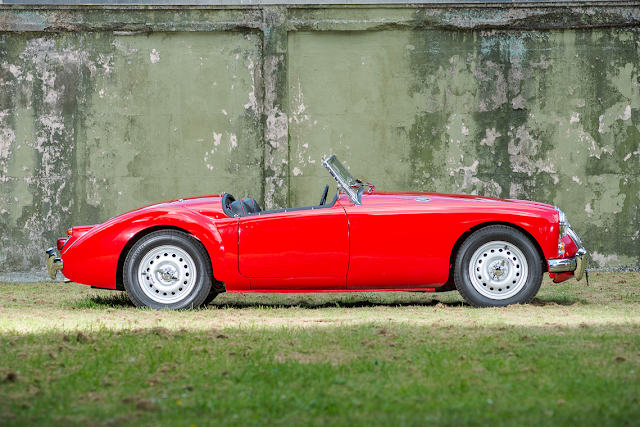 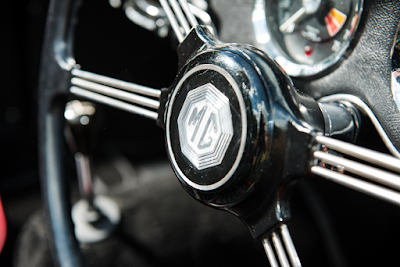 Intended as a replacement for the traditional 'T'-Series MGs, the MGA combined a rigid chassis with the Austin-designed, 1,489cc B-Series engine that had first appeared in the ZA Magnette. Running gear was based on that of the TF, with independent, coil-sprung wishbone front suspension and a live rear axle. Dressed in a curvaceous aerodynamic body and capable of topping 95mph, the MGA proved an instant hit, selling over 13,000 in its first full year of production.
Immensely popular though it was, the MGA faced stiff competition from the larger-engined Triumph TR3 and Austin-Healey 100/6. Coaxing more power from the standard engine was becoming increasingly difficult, so MG concentrated on developing a twin-overhead-camshaft cylinder head for the B-Series block. Conceived at Cowley by BMC engineer Gerald Palmer and introduced in 1958, the new 1,588cc engine did not disappoint. It featured a special light alloy cross-flow cylinder head with hemispherical combustion chambers and carried twin overhead camshafts with valve operation via Coventry Climax-style inverted bucket tappets, producing an impressive 108bhp at 6,700rpm. Considerably faster than the standard MGA, the Twin Cam could comfortably exceed 110mph, and to cope with the increased performance Dunlop disc brakes were fitted all round and Dunlop centre-lock wheels were a distinctive addition. The only other visual identifier was the script 'Twin Cam' near the vent aside the bonnet.  A high price and an unjustified reputation for unreliability discouraged sales, however, and the model was dropped after just two years. Production totalled 2,111 cars, a mere 360 of which were sold on the home market, and today the Twin Cam is one of the most sought-after of post-war MG sports cars.
This lovely MGA Twin cam is a rare matching numbers right-hand drive, home market example retaining its original registration number as confirmed by a copy of the original Buff Log Book. Manufactured on 22nd April 1959, XHL 866 underwent an extensive restoration during 2015 and 2016. The car was stripped, sandblasted and refinished in its original colour combination of Orient Red over black trim. The interior has been fully re-trimmed with red piping, and also features the original factory fitted steering wheel. Mechanically, particular attention was paid to the cylinder head, which included new valve guides and re-cut valve seats along with the fitting of unleaded valve seats. The engine was rebuilt to the original specification except for the addition of a Hi-Torque starter motor. The suspension and Dunlop braking system, with its unique brake master cylinder and all-around disc brakes, have been rebuilt and re-bushed.
The history file includes a lovely photo of the car in period competing in what looks like a hill climb road event, along with invoices, and the all-important British Motor Industry Heritage Trust Certificate confirming it as a matching numbers MGA Twin Cam and one of only 210 UK home-market, right-hand drive cars.
MG As are fast becoming truly desirable collector cars, with the Twin Cam models top of the list. This charming home market, sympathetically restored example ticks all the boxes. 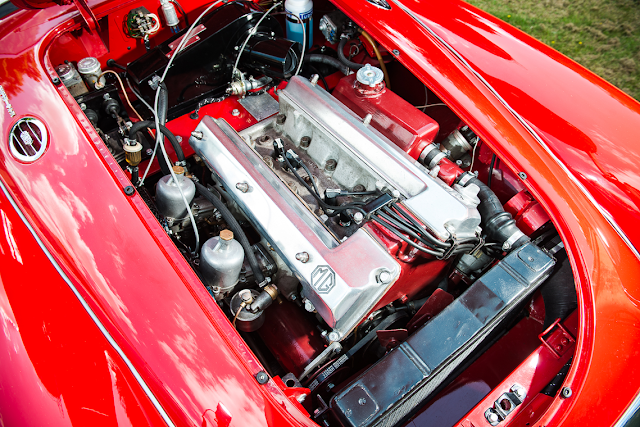 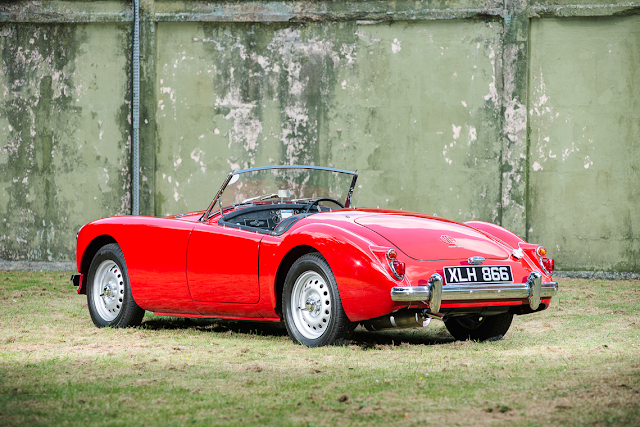