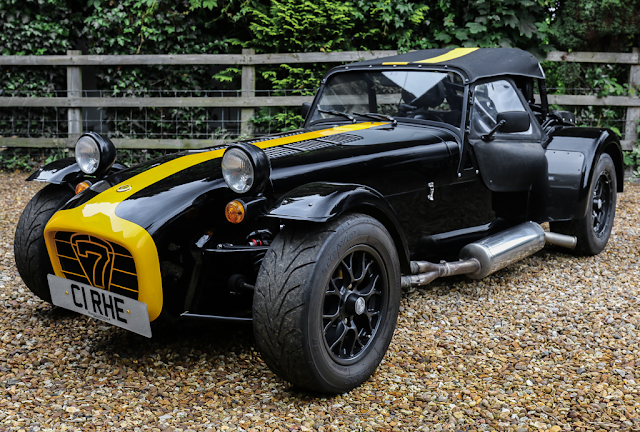 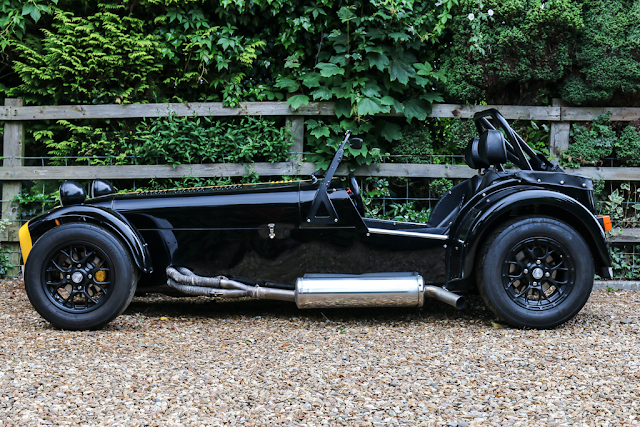 Automotive genius though he was, one imagines that the late Colin Chapman would be rather surprised that the Lotus Seven he launched at the 1957 Earls Court Motor Show, and then sold the manufacturing rights for in 1973, was still being built, bought, raced and enjoyed the world over, courtesy of Caterham. These days, although there is an ever-widening choice of chassis and engine options, the traditional narrow-bodied version of the car is still based on the Series 3 Lotus Seven. And, while few if any of the components are interchangeable between the Lotus and today's Caterhams, the Chapman-penned concept and general configuration remain unaltered and, though many times copied, has never been bettered.

Offered here is a stunning Caterham Super 7 Sprint finished in the great combination of Gloss Black with a black interior complimented by a Lotus Yellow speed stripe which pleasingly continues over the soft top. In the true spirit of the ‘ Seven’ tradition, it's powered by a tuned Ford Kent engine bored to 1740cc and provides the most involving of driving experiences. Fully equipped for track or road it's fitted with an FIA cross-braced roll hoop and comes with Willans 3’’ race belts, Compomotive alloys shod with Toyo R888 Proxes, and a plumbed-in 'Life Line' 2.25litre fire extinguisher system.

The history file contains the Caterham Cars post-build inspection carried out by the first owner in North Yorkshire at the Auto Centre in Darlington and the check sheet confirms the same specification today. In total, this ballistic little car has been enjoyed by five owners prior to our vendor who purchased it in 2015 from the Millwood Motor Company. In 2007 the chassis was stripped, shot blasted and repainted by specialists Arch Motors together with all the suspension parts including the rear suspension and the rear axle which was upgraded to accept disc brakes. The Caterham was owned by a Worcestershire-based Seven enthusiast for an extended period during which time the engine was fully rebuilt by ex-Ford Boreham man, Alan Baker, with full photographic evidence on file. Since then the Super 7 has only covered approximately a thousand miles. The weather equipment includes a rapid-response Judd half-hood, a Caterham full hood, and later-type side-screens with elbow pockets. As can be seen from the accompanying photographs the car remains in immaculate condition and is one of the smartest examples we have ever seen.
In addition to the post-build inspection report, the owner's file contains all the old MoTs from its first in 1999, corroborating the indicated mileage of 26,996, the original Owners Manual, and the Caterham Assembly Handbook. This versatile little car is MoT tested (September 2018), street friendly, and 'Speed Event' compliant.

It’s a proven fact that Caterhams still represent the most cost-effective way to enjoy true supercar performance, handling and braking making this exceptionally well-sorted Super Seven worth a detailed inspection. 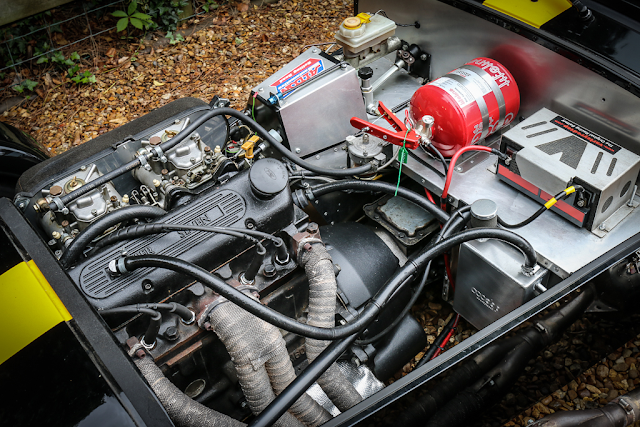 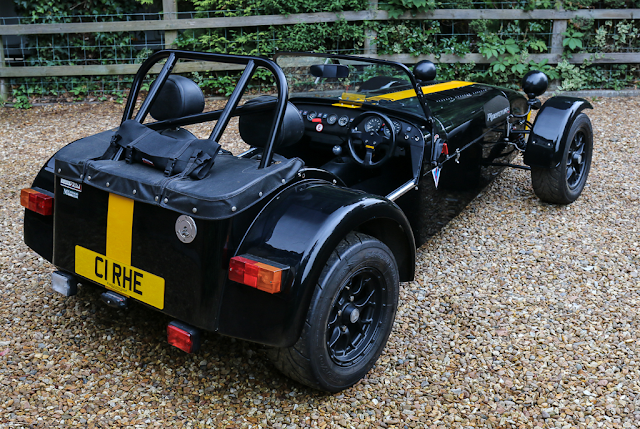