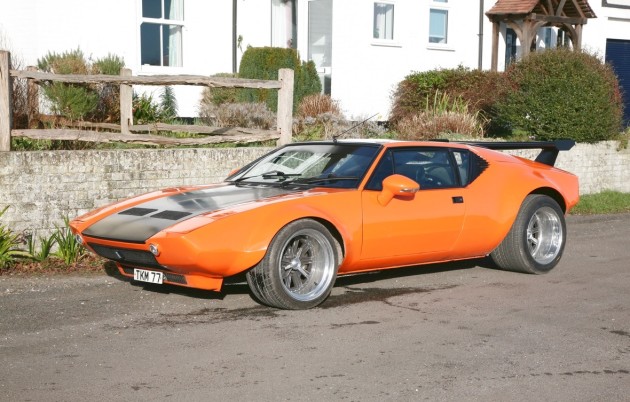 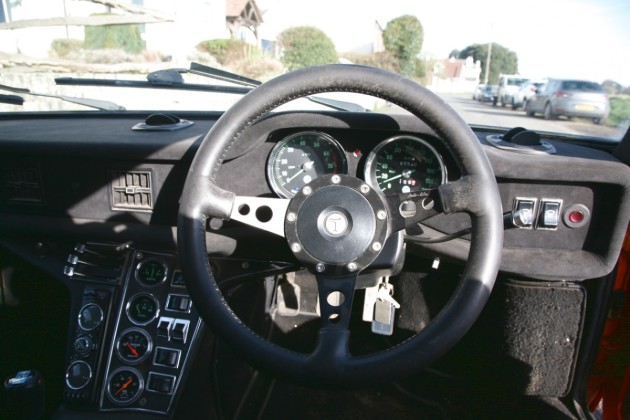 Argentine-born Alejandro de Tomaso entered the car business in 1959, setting up a factory in Modena, Italy, from where he initially concentrated on race car development, including producing a Formula One car for Frank Williams in 1970.
From 1963 he also produced a range of luxury tourers and sports cars, including the Vallelunga, Mangusta, Longchamp and Deauville. The Pantera was launched in 1971 using a steel monocoque chassis designed by Gian Paolo Dallara who had previously designed the Williams F1 car for De Tomaso and was also chief designer for Lamborghini. The striking styling was the work of the prolific Tom Tjaarda, chief stylist at Ghia and responsible for numerous innovative cars for the likes of Fiat, Lancia, Ford and Chevrolet.
A proper supercar, the mid-engined Pantera was powered by a 5.8-litre Ford Cleveland V8 conservatively rated at 330bhp but closer to 380bhp when properly set up and capable of considerably more with specialist tuning. Mated to a ZF all-synchro five-speed transaxle, it could fling the Pantera to 60mph in 5.5 seconds with a top speed of 145mph – 175mph depending on which of the three factory axle ratios was selected. So prodigious was the torque that it could pull away in any gear.
Suspension was competition specification double wishbone/coil spring all round with powerful disc brakes at each corner. From 1972 the car was detuned to 248bhp to meet tighter emissions regulations in the US market, but European models were unaffected.
The Pantera was to remain in limited production for 21 years, getting ever more outlandish as time went on, sprouting wings, flared arches, air vents and fatter bumpers. A total of 7,260 had been sold by the time production came to an end in 1992, virtually all of them left-hand drive.
The Pantera featured here was registered in the UK on 21st February 1974 and has been here ever since, having had 7 owners in the last 44 years. Thought to be 1 of only 17 cars supplied in RHD the vendor purchased the car in a poor state in 2009 and set about rebuilding it from top to bottom. If this had been done in the USA the result would be referred to as a “Restomod”, but being British I think we should avoid that label. Let’s say the Vendor decided to take the opportunity to incorporate modern improvements to make the car more useable!
A car that is well known by the Pantera club, it has had the same registration for years. One of the former owners was the Aerobatic Champion pilot Brian Lecomber, as can been seen in the accompanying photographs. The car has featured in several magazines including Supercar Classics in December 1987 and Classic and Sportscar in February 1996.
Improvements and modifications during the rebuild included adding wider arches to accommodate three piece Halibrand style 11 x 17 inch wheels on the front, and 13 x 17 inch on the rear. This was all done in steel as can be seen, before the body was treated to a high quality paint job in eye popping orange and satin black. The tyres are in good condition, which is important as 335s at the front and 375s on the rear were an expensive purchase!
All new suspension was installed, powder coated with new bushes, joints, and Koni shock absorbers set up by Mallock Racing. Brakes were also upgraded to AP Lockheed discs and callipers all round, with Aeroquip hoses. New stainless steel water pipes and hoses, new alloy header tanks, and a fully plumbed in fire system!
The engine was not left out of this marathon project. Still with its original 351 c.i. block the engine was carefully rebuilt as a 383 c.i. stroker. That’s 6,200cc in Eurospeak, more than enough one would think! All this power is delivered through a new Heavy Duty clutch and the original ZF 5 speed gearbox
Other more subtle improvements include front LED running lights with indicators, and later Ford wing mirrors to improve with rear visibility incorporating repeater indicators.


The odometer shows 63,000 miles which may well be correct. The massive history file has 20 old MOTs the earliest of which comes from 1980 when the mileage was 35,564. The file contains plenty of bills showing careful maintenance, mainly from 1988 onwards, and plenty of parts invoices from the recent rebuild.
Coming with the history file will be a slightly water damaged original Owners Manual ( and a second replacement for good measure), lots of Owners Club newsletters, with the car featuring in several of them. Copies of the magazines with the car featured, a couple of Brooklands De Tomaso books, a Holley carburettor rebuild manual and a well thumbed De Tomaso repair manual.
The vendor is in the lucky position to have other cars to play with, and as usual you can’t play with them all! This is a stunning car that just begs to be driven and will not disappoint its lucky new owner! 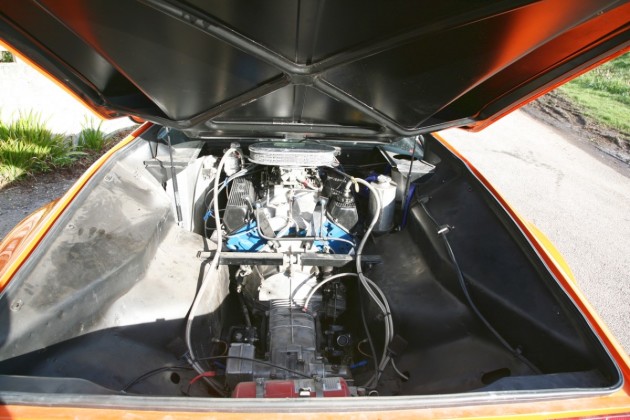 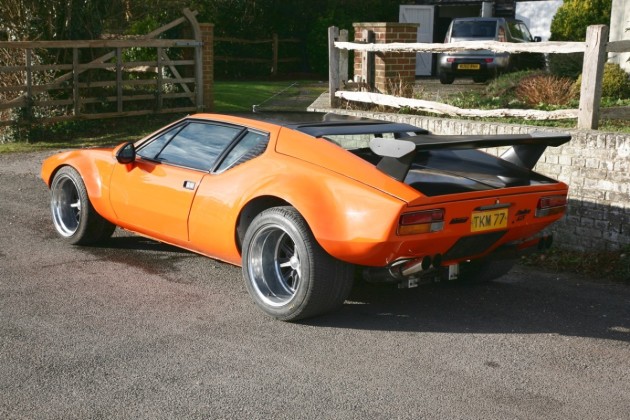