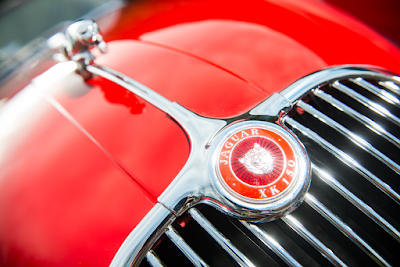 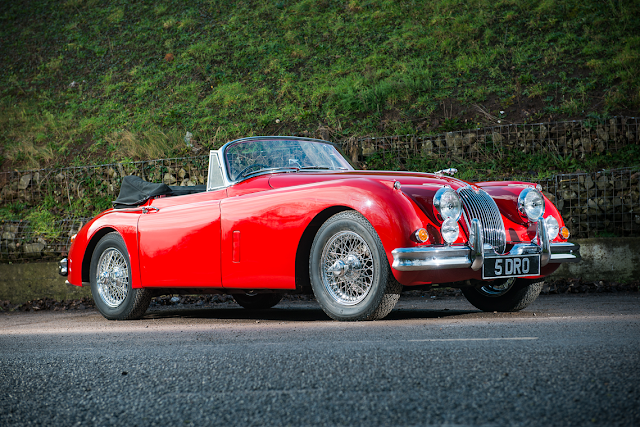 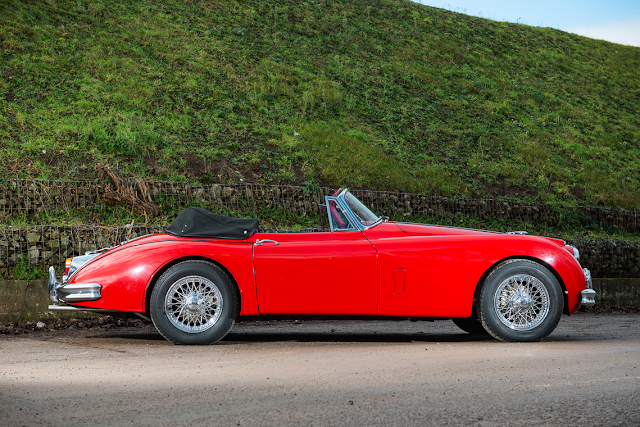 The XK120 was launched in 1948 and was an international sensation, finally putting Jaguar on the world stage and their competition successes would see the beginning of a hugely positive period for the company. The XK150 was the final incarnation of the XK line and appeared in May 1957. A more refined and capable machine than its predecessors, the 150 was easily identifiable by its higher scuttle and door line, wider grille and improved interior space. However, the XK150 retained much of the mechanical layout of the XK140 including the same 3.4-litre DOHC Jaguar straight-six, which developed 180bhp at 5,750rpm. As before with the XK range, standard (with steel wheels) and special equipment models were available, but a bewildering range of models was to evolve. A total of 2,200 XK150 Drophead Coupé models were made, of which 85% (left-hand drive versions) were sold to America, 10% went to the rest of the world and only 5% came to the UK Market. 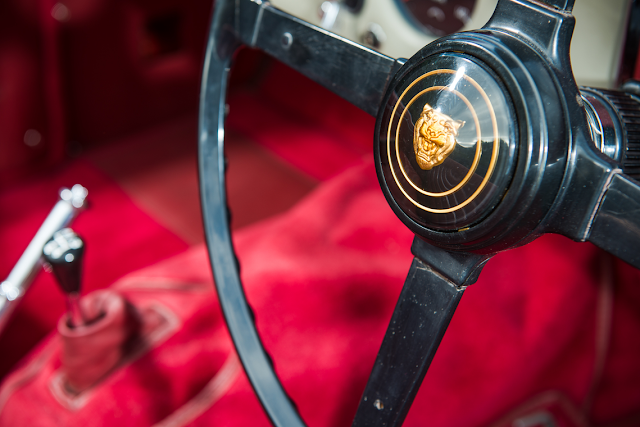 According to the original buff logbook in the owner's file and confirmed by the accompanying Heritage Certificate, this car was registered in Hertfordshire as ‘5 DRO’ on the 14th of July 1958. It was finished in Carmen Red with a Red Leather interior, red carpets and a black mohair hood, and was fitted with overdrive, chrome wire wheels, and driving lamps. The car was owned by a Norwegian lady based in Edinburgh for much of the 1970s and 80s and when she finally returned to Norway, she took her beloved Jaguar with her. At some point later, the decision was taken to fully restore the XK and there is photographic evidence of this within the substantial file.
It remains presented in gleaming Red with red leather and retains its original engine and gearbox thereby qualifying as a ‘matching numbers’ car. Pleasingly, it still proudly sports its original UK registration, ‘5 DRO’.
Our vendor, a very well known Jaguar expert, collected this car from a long-standing Norwegian contact and drove it over 1,300 miles around Europe taking the long way back to the UK last year. He has driven hundreds of classic Jaguars and dozens of XKs over the years but regards driving this car around Europe as one of his best “life experiences” and he cannot talk highly enough about ‘5 DRO’. He reports that “the gearbox operates as it should, as does the overdrive. The engine is free revving and behaved impeccably”. It's not fitted with a 'Kenlowe' fan, which is pretty much unheard of in the UK, but he informs us that, during that long trip, the car didn't overheat or stress in any way.
Presented for sale in superb condition and with a lovely patina, this is an older restoration the quality of which is still evident today and does great credit to the craftsmen responsible some 20 years ago.
Original UK cars made up only 5% of total XK150 production and this is an exciting opportunity to acquire a rare, right-hand drive, matching numbers car with great history. ‘5 DRO’ is a Jaguar XK jewel and not to be missed. 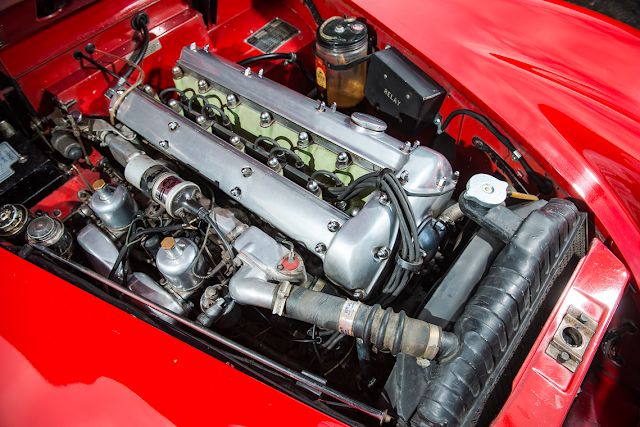 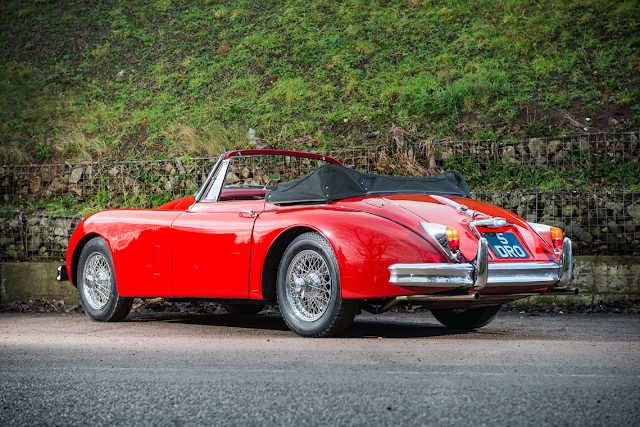