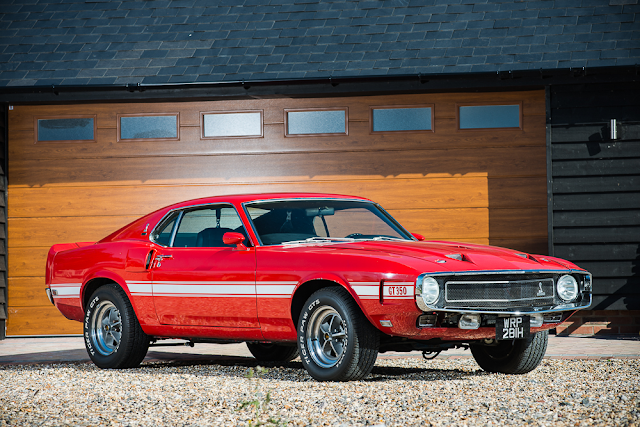 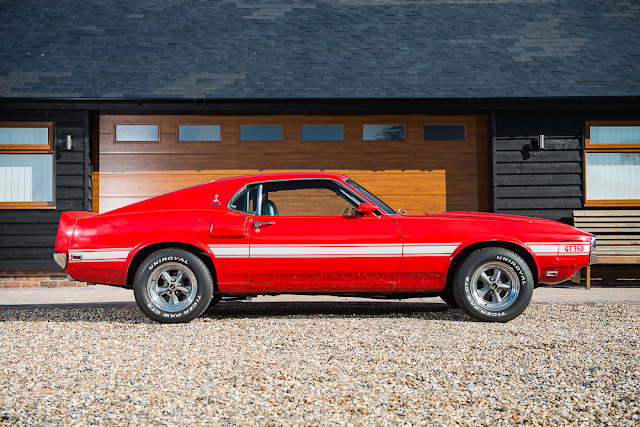 1969 was, effectively, the final year for the Shelby Mustang. By now assembly had shifted to Michigan from California where it was contracted out to the A.O.Smith Corporation. Smith, an established Motor City contractor, had brought a level of serious manufacturing skill, supplier management, procedure, and standards never seen at Shelby’s facility where LAX met the vibrant (and sometimes extreme) subculture of Venice, California.
The 1969 Shelby Mustang was drastically different visually from the standard Mustangs, with a completely different nose and grille, a wide rectangular opening with blacked-out grille flanked by 7” headlights and with Shelby’s characteristic driving lights now smaller rectangular pieces below the attractive bumper. The special Shelby bonnet had five ducts, three NACA-style surface ducts to supply cold air directly to the engine air intake and two extractors at the back of the bonnet relieving under-bonnet pressure and exhausting heated air in front of the windscreen.
The 'Marti Report' accompanying this very special GT350 confirms its build date as February 27th, 1969 and it was ordered in Candy Apple Red with a White stripe and "blackout hood treatment". The interior was '3AA'- Black Clarion knit/Corinthian Vinyl Hi-Back bucket seats, and the car was fitted with a four-speed, wide ratio, manual transmission. The document also goes on to state that the Shelby was specified with a  “3.25 Traction-Lok differential, sport deck rear seat, power front disc brakes, power steering, AM radio, tinted glass, and deluxe belts”. It left the factory on February 28th and was delivered to Galpin Motors in Sepulveda, California.
Our vendor, who clearly has a passion for 'American Iron', has owned this striking car for the past few years and it has resided in his significant collection of special American muscle cars. It has just returned from "Iconic Creations" in Essex where it was fully serviced and treated to a new exhaust. The car is UK registered and, as you might expect from such a fastidious owner, is in exceptional condition. If you are in the market for a late-sixties Shelby, we don't know where you would look to find a better one. 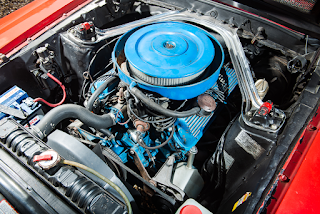 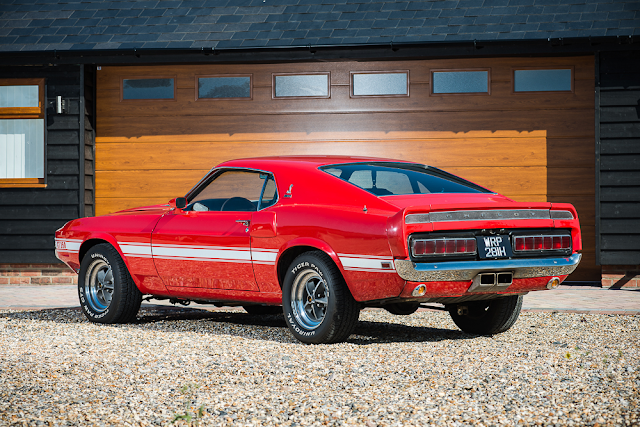