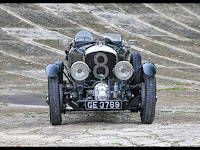 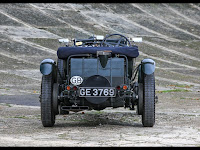 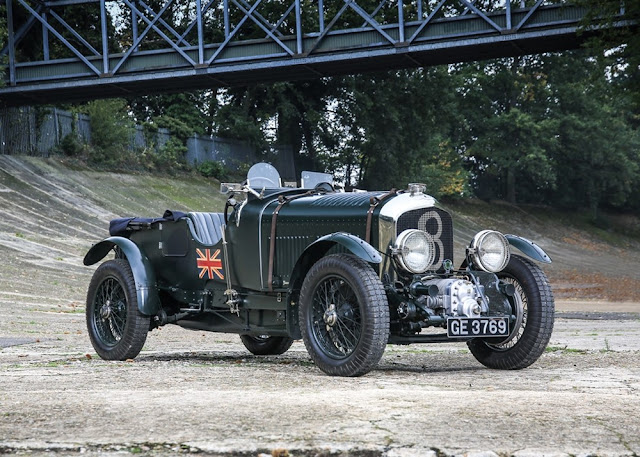 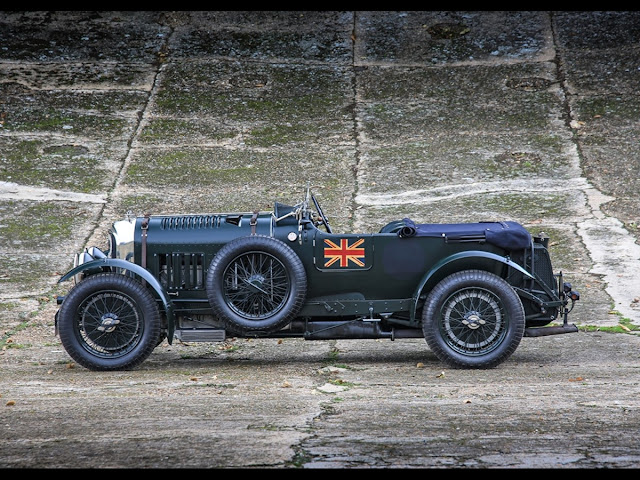 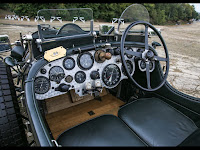 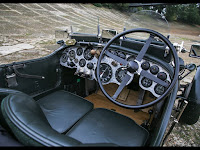 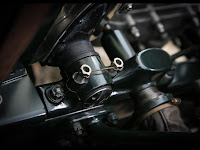 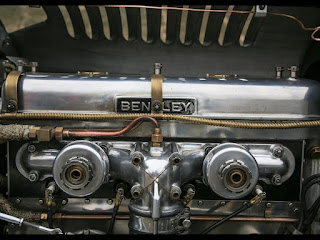 First shown at the 1929 London Motor Show, the 'Blower' Bentley was developed as a private venture by 'Bentley Boy' Sir Henry 'Tim' Birkin in order to extract more performance from the proven 4½ litre model which was becoming outclassed by its rivals on the racetracks of Europe. His aim was to produce a British car that would enable British drivers to continue to win races as spectacularly as the 4½ litre that had won the 1928 Le Mans 24-Hour race. 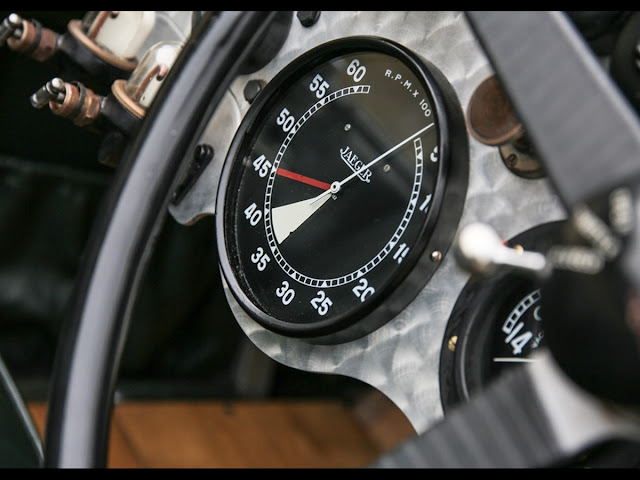 The supercharger installation was engineered by the brilliant Amherst Villiers, who modestly claimed that it was 'recognised in engineering circles as a definite landmark in automobile construction'. Unimpressed, W. O. Bentley never supported the development of the supercharged car and is quoted as saying how much he "disliked the easy short cut provided by the supercharger", preferring to increase engine capacity as evidenced by the 6½ litre and 8 litre cars while reducing front-end weight by using Elektron castings. However, 'W. O.' did not control the purse strings at Bentley Motors and the influence of Birkin, backed by the fabulously wealthy Woolf Barnato, saw the supercharged 4½ litre Bentley come to fruition.
Its potential was emphatically demonstrated when Tim Birkin took 2nd place in the French Grand Prix at Pau with his supercharged 4½ litre tourer amid a field of monoposto GP racers. The production cars were fitted with an Amherst Villiers Supercharger Mk. IV, of Roots type with twin paddle rotors, which drew mixture from twin SU carburettors and was driven off the front of the crankshaft, the latter having been substantially strengthened to accommodate the increased power. With 9½lbs boost at 3,500rpm, the blown Bentley developed 175bhp, a healthy increase over the production 4½ litre's 110 horsepower while with 10lbs boost at 3,900rpm, 182bhp was produced.
The first production model, chassis number 'SM 3903', a sporting four-seater bodied by Vanden Plas, was exhibited on Stand 130 at The Motor Exhibition at Olympia in October 1929 and would be retained as the Company demonstrator. Although similar in many respects to the standard 4½ litre car, the new model was immediately distinguishable by the massive supercharger protruding at the base of the radiator.
Just 50 production supercharged 4½ litre Bentleys were built to support the homologation of five Birkin team cars: among the few cars of their day capable of 100mph on the open road, they have always been regarded as the supercars of their era. Motor Sport spoke of the Blower's 'remarkable acceleration' and 'ancestry of well-tried racers' and called it 'a car for the connoisseur of sporting cars...'
According to the copy of the original build sheet, order number 1529 was sent out of the factory on October 4th, 1928 and first registered on 23rd January, 1929 with its current registration number GE 3769. Accompanied by its original buff log book, chassis UK 3299 began life as a 10’10" chassis, four-seat sports tourer and was the ex-Scottish Show car in 1929. As a Sports Tourer, its proud new owner had specified some minor modifications thus making it stand out more than other similar models from the factory. These modifications were to include a more sloped windscreen, flush toolbox to near side running boards, rev. counter and cigar lighter and also subtle side-scuttle vents to be supplied and fitted and the front seats to be much softer with more space being made for the side 'curtains' (all this can be seen on the build sheet copy on file) and had cream fabric as an interior finish. According to Stanley Mann Racing, when owned in 1949 by Dr. Hopwell, he put in a 1930 4½ engine from his other 4½ litre Bentley. The car then had a two seater body from a 12/60 Alvis fitted and then some years later a Vanden Plas body by Robinson was fitted and finally, in 2011, it was rebuilt as a Le Mans replica, as mentioned in Clare Hay's 'Bentley, The Vintage Years' book.


The present owner purchased GE 3769 in 2011 from the late great Stanley Mann when it was in need of some attention. The engine and the John Bentley 'Villiers' supercharger were both built from scratch by a renown vintage car specialist to exacting standards and the owner gave the car to well-known Bentley specialist, Clive Oliver, to carry out all the work required to bring it up to its present fabulous exacting copy of the famous 'Birkin' Blower Bentley. There are only two totally original examples of these blown Bentleys in existence; one is with Bentley Motors in Crewe and the other in Ralph Lauren’s famous private collection. The present vendor was extremely particular to replicate every detail exactly according to the original, which is evident upon inspection. An overdrive has been fitted as well as servo brakes, twin petrol pumps and Birkin carburettors. The British Racing Green exterior coachwork is complemented by the exquisite dark green leather interior with even the door cards being embossed with the famous ‘B’ as per the original, the interior costing many thousands overall and with the added benefit of a sprung rear seat providing more comfort for those fortunate passengers who enjoy swift vintage travel combined with the thrill of a supercharged 4½ litre at full throttle! The dashboard is an exact copy of the original even with the twin oilers and all other instrumentation dials by Jaeger and Smiths, including the rev. counter, water temperature gauge and oil pressure gauge. This is an exemplary feat of engineering paired to some originality and is undoubtedly the finest of its type available on the market worldwide today, indeed a true rarity.
ORIGINAL SOURCE


SELECTED BY - IDRIS THE SQUIRREL