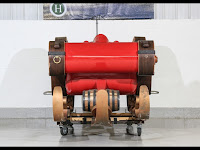 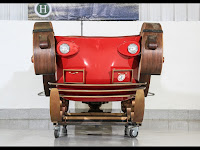 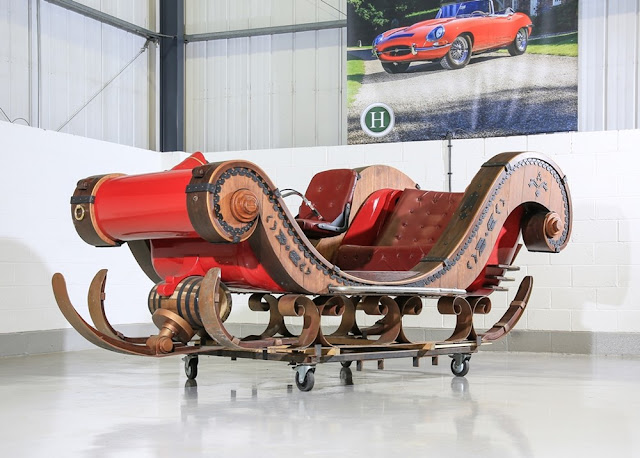 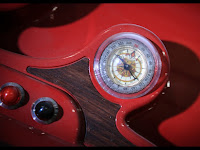 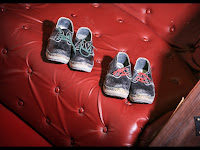 Get Santa' is a 2014 British Christmas comedy film directed and written by Christopher Smith and starring Jim Broadbent, Rafe Spall, Warwick Davis and Kit Connor. It was Tony Scott's last film as Producer. The plot involves a nine year old boy, Tom (Kit Connor) finding Santa Claus in his garden shed after he crashes his sleigh. Desperate to return to Lapland in time for Christmas, Santa asks Tom and his dad for help. It's just a few days before Christmas and his reindeer are found running loose through the streets of London.
This 'completely authentic' one owner from new, 2014 example of Santa's sleigh sits on a wooden chassis with elaborate carved detailing. The trim is in deep complementary red with a Chesterfield-style rear bench seat and the driver's seat uses motorcycle-style handlebars. The sleigh’s handling is enhanced by the front three-ski configuration and the three speed gearbox can be set to fast, faster and light speed. Optional extras found on this 2014 model include autopilot, all terrain snow mode, carrot disbursement and Northern Light guidance. All gauges appear to be in good order with both naughty and nice gauges surrounding the navigation system and compass. 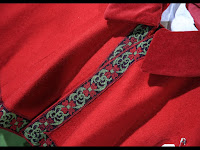 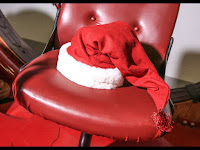 Given that this Sleigh was produced for Mr. Claus in 2014 for his role in Get Santa, we estimate that the Sleigh has travelled three times around the world on December 25th 2014, 2015 and 2016 and thus 74,627 miles can be assumed. Within the history file is a DVD copy of the film 'Get Santa' signed by Santa himself.
Accompanying the Sleigh are a number of authentic film costumes also used in the movie by Santa and his Elves. These include Santa's outfit, made from luxury wool suiting with a plush faux fur trimming and Jim Broadbent's name label on the inside, together with Santa's glasses, rings, hat, padded suit, boots, and even the device he uses to call his reindeer. Numerous Elf costumes and clogs worn in the film are also included, some still bearing the labels depicting the character or actor’s name, such as Delores played by Bernadette Windsor. All costumes were made with the best quality heavy wool suiting, trimmed with cotton velvet cuffs and embossed with an array of beautiful ribbons, braids and buttons. Perfect for the icy chills of the North 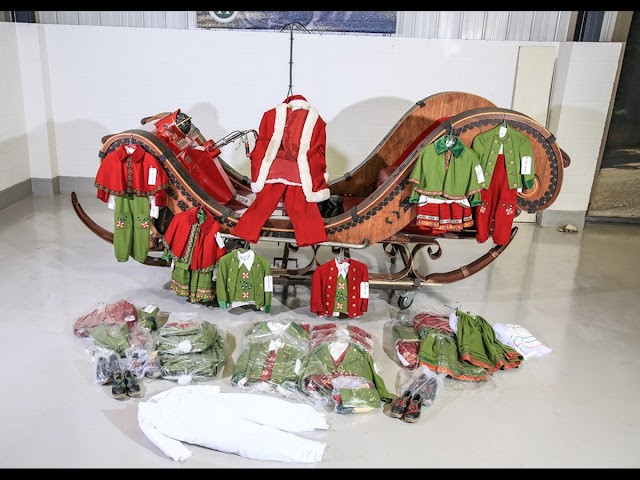