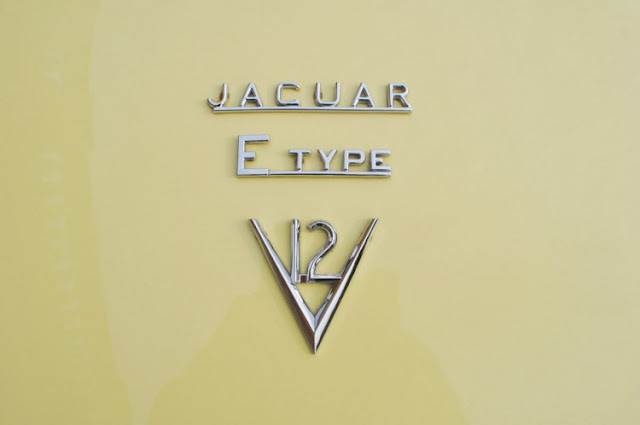 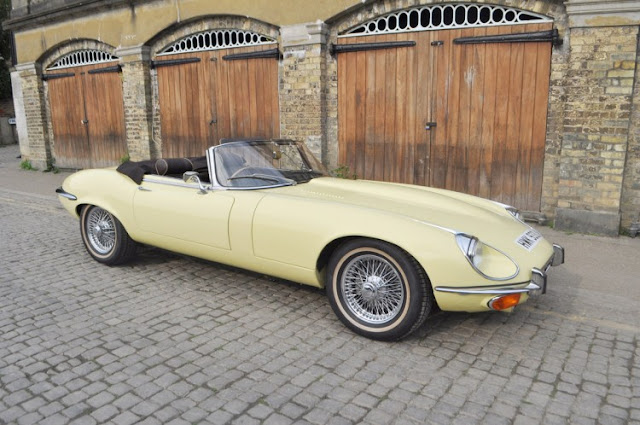 One consequence of the E-Type’s long process of development had been a gradual increase in weight, but a good measure of the concomitant loss of performance was restored in 1971 with the arrival of the sensational Series III V12. Weighing only 80lb more than the cast-iron-block 4.2-litre XK six that it replaced, the new all-alloy, 5.3-litre, the overhead-camshaft V12 engine produced 272bhp, an output good enough for a top speed well in excess of 140mph. Further good news was that the 0-100mph time of around 16 seconds made the V12 the fastest-accelerating E-Type ever. 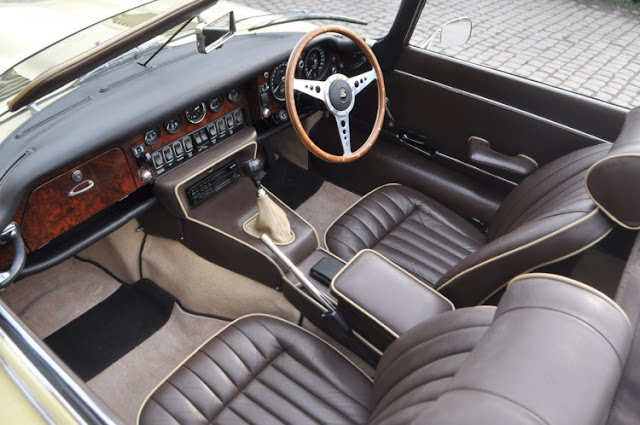 Other mechanical changes beneath the Series III’s more aggressive looking exterior included ventilated front disc brakes, anti-dive front suspension, Lucas transistorised ignition, and Adwest power-assisted steering, while automatic transmission was one of the more popular options on what was now more of a luxury Grand Tourer than an out-and-out sports car. Flared wheel arches, a deeper radiator air intake complete with grille, and a four-pipe exhaust system distinguished the Series III from its six-cylinder forbears, plus, of course, that all-important ‘V12’ boot badge. The interior though remained traditional Jaguar. Built-in two-seat roadster and ‘2+2’ coupé versions, both of which used the long-wheelbase floor pan introduced on the Series II ‘2+2’, the Series III E-Type continued the Jaguar tradition of offering a level of performance and luxury unrivalled at the price. 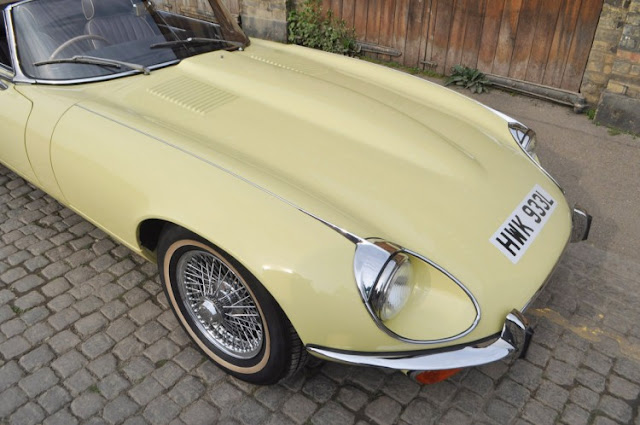 Manufactured in October 1973, this Series III E-Type has covered an unbelievably low 2,500 miles from new- having been cared for and caressed by its current custodian since 1990. At this time the car was restored to an exceptional standard ( costing in excess of 100,000 GBP then by English Cars of Distinction) The car was updated to the high specification presented today, which included Connolly leather throughout with matching bound carpets and burr walnut veneer dashboard.  The steering and suspension system was also updated with all components Zinc plated or powder coated. Brakes were uprated to vented discs and chrome wire wheels. The engine was also enhanced with a 90×70 bore and stroke firing from 4 Strombergs and producing 272bhp mated to a 5-speed gearbox. The result is a sensation.
Finished in iconic primrose, over chocolate bean interior and having covered just 2,500 miles this has to be one of the lowest mileage V12 roadsters to be offered on the open market. 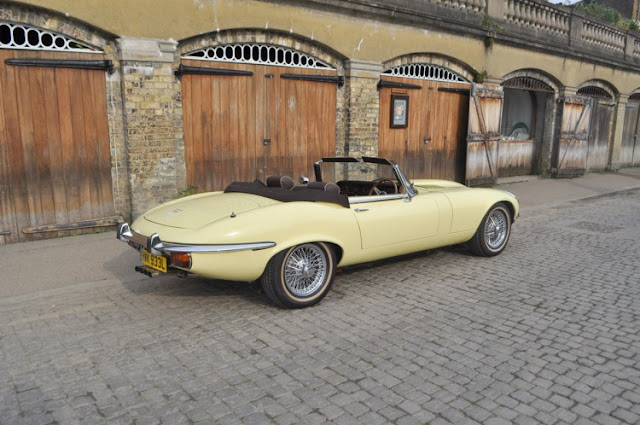 FOR MORE DETAILS CLICK HERE
Posted by jeffharris at 12:34