‘We expected to find strong traces of a competition heritage in the first Maserati to be given a full Motor road test because the name of this Italian company is so closely bound up with the history of motor racing. Some traces of this sort are indeed part of the Indy 4.7 – notably its tremendous performance… To this can be added the note of restrained ferocity emitted by the exhaust pipes of the engine, an outstandingly smooth and quiet unit, yet a race-bred four-cam V8. There is a racing influence, too, in the taut neutrality of the responsive handling, as well as in the beauty of the body, which made the car a crowd-drawer wherever it stopped.’ – Motor. 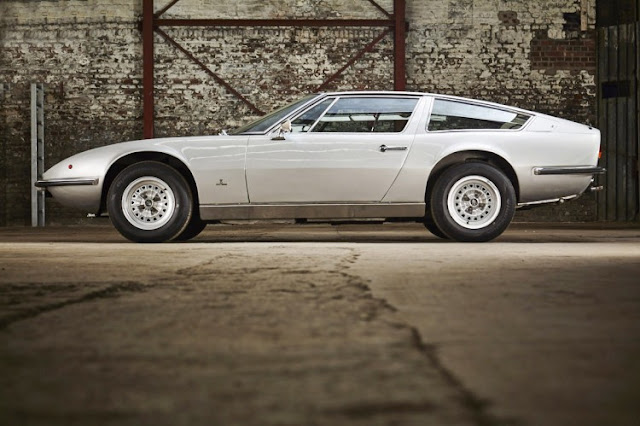 Maserati followed up its stunning, Ghia-styled Ghibli two-seater with the equally elegant Indy 2+2, though the latter, announced in 1968 and noteworthy as the first unitary construction Maserati, was the work of Carrozzeria Vignale. The Indy first appeared publicly on Vignale’s stand at the 1968 Turin Motor Show and was officially launched by Maserati at the Geneva Salon in 1969. Running gear was conventional, with independent front suspension, live rear axle and four-wheel disc brakes, while the power unit was – initially – the Modena firm’s well-tried, 4.1-litre, four-cam V8, with 4.7- and 4.9-litre versions following. With 260bhp on tap, the top speed of Maserati’s luxury four-seater was in the region of 240km/h, a figure the subsequent larger-engined versions improved upon.
In 4.7-litre form, the Indy’s claimed maximum increased to 292bhp, which was good enough for a top speed within a whisker of 250km/h, with 0-160km/h achievable in under 18 seconds.
The sleek Vignale coachwork was such that the Maserati Indy was able to carry four people in relative comfort without impairing its performance as a sports car.
Autocar magazine’s summary was one of almost unalloyed praise: ‘Classic touring car with V8 engine and 160mph potential. The beautifully smooth power unit, silky gearbox and light, power assisted steering. Good brakes, balanced handling, comfortable ride, superb stability. High price but few disappointments.’


This wonderful 5 speed 4.7 Indy on offer today was first registered to Sweden and has remained there its entire life. Of course, a European version with servo steering and servo assisted brakes this gorgeous Indy is complete with air conditioning, and its original leather interior.
Unmolested, with no modifications since it left the factory the matching numbers engine, brakes and transmission are all in excellent working order. Equal of the contemporary Ferrari 365GT 2+2 in both looks and performance, the Maserati Indy remains relatively underappreciated. Elegant yet practical, it is a thoroughbred Grand Routier representing outstanding value for money. 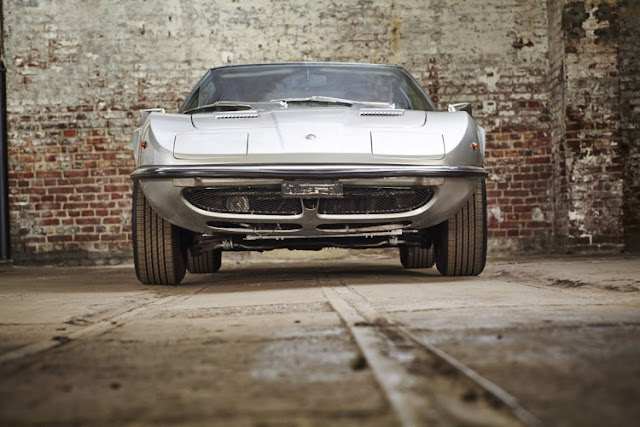