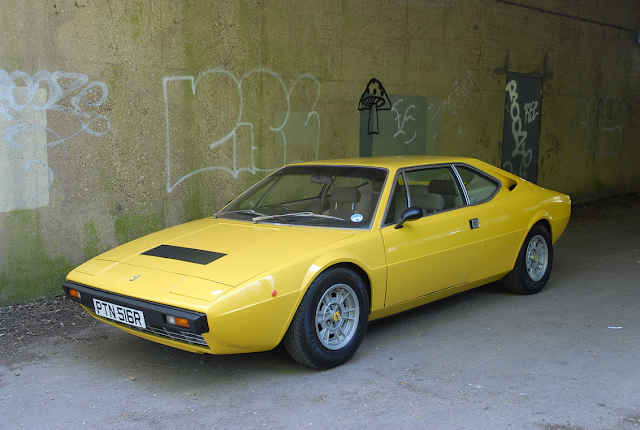 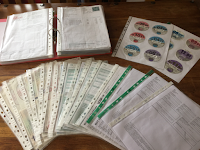 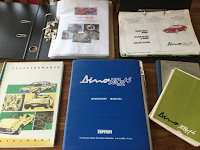 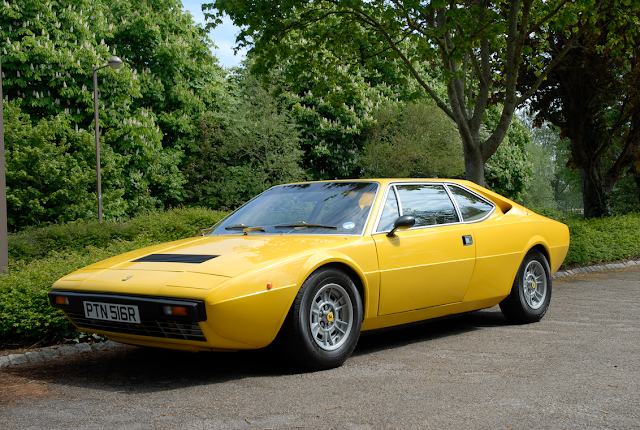 introduced at the 1973 Paris Motor Show, the Dino 308 GT4 was a significant departure for Ferrari in several ways. It was the first production car from Modena to feature a mid-engined V8, a layout that would become common to their core range for decades to come, along with the first production model to feature Bertone styling rather than Pininfarina bodywork. The styling was controversial at the time, with some journalists comparing it to the Bertone-designed Lancia Stratos and Lamborghini Urraco. The chassis was based on the Dino 246 but was stretched to make space for a 2+2 configuration. The 3.0-litre V8 was integrally joined with the gearbox and had an alloy block and heads with dual overhead camshafts fed through 4 Weber 40 DCNF carburettors.
As is often the way, Bertone's styling effort probably looks better now than it ever has, but at the time, the proportions gave traditionalists an attack of the vapours. For all this, the car was a huge success being bigger and more usable than any other mid-engine car had managed or would manage for a while. More than 3,600 were sold, dwarfing sales of V12 models and showing Ferrari the way forward. Today, these '70s Ferraris have come of age with their classic looks and brilliant handling and are as fast as you are ever going to need in the real world, with a top speed of over 150mph and a 0-60mph acceleration time of 6.4 seconds.
PTN 516R is a UK, right-hand drive car finished in Giallo Fly with a Cream cloth interior and was first registered on 01/01/1977, presumably to take advantage of the suffix change at the start of the year. It has currently covered 65,970 miles and the details of its long and interesting life can be gleaned from the ownership file which is about as comprehensive as we have ever seen. The car was fully prepped and subject to a bare metal repaint between 08/02/1998 and 11/02/1999 and photographs of this process are in the history file. The cambelts were done 2,900 miles ago in 2012, the clutch was replaced two years later, and at c500 miles between MOTs, it simply isn't being used enough.
Along with the pics from the respray, the ownership file contains nigh on 40 years of invoices relating to parts and servicing, all its MOTs, a number of old tax discs, a maintenance folder, workshop manual, spares catalogue, and a 308GT4 instruction book. Also included with the car are both sets of keys and a copy of the July edition of Classic and Sportscar featuring Ferraris and highlighting PTN 516R in the "One to buy” column(page 226). During their road-test, C&SC observed that "There is no rust, even in the doors, the motor is nicely detailed with no leaks" and "It starts easily and drives well".
The 308 GT4 has been a bit of an underdog for many years but, as a drivers' car, is superb in every way and has earned the right to call itself "A Ferrari". Recent results have witnessed a lift in prices as the collectors' car world wakes up to the potential of these great little Ferraris. 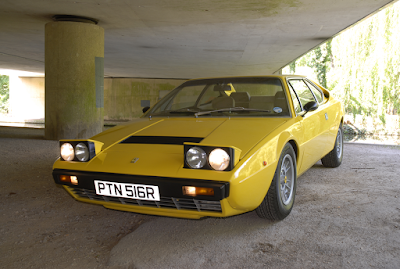