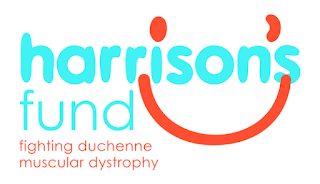 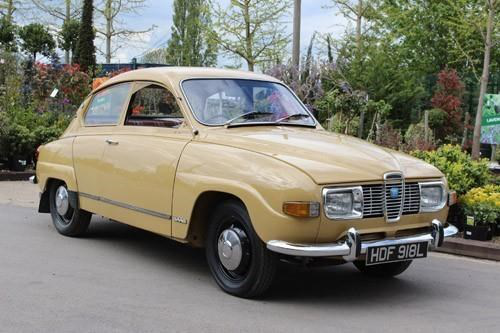 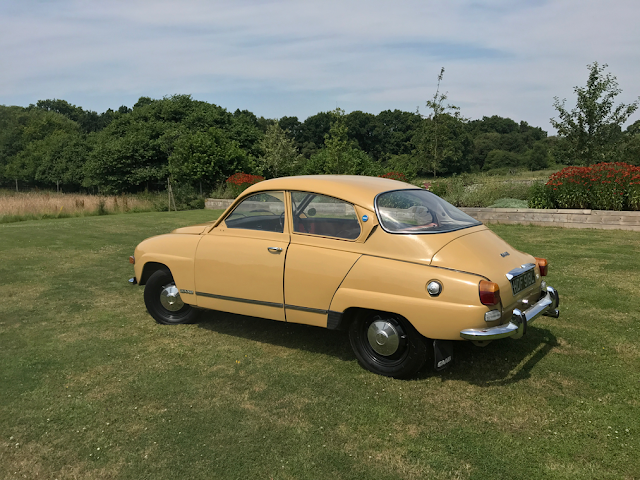 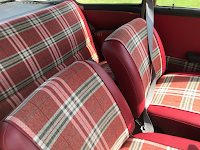 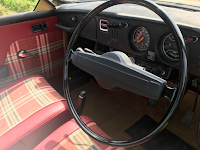 Saab launched the 96 model using their own rally proven two-stroke engine before entering into an agreement to buy Ford’s compact V4 engine and introducing their first four-stroke car, the 96 V4, in late 1966. It continued in production in that form until, remarkably, February 1980.
Probably the most famous Saab 96 in the world, HDF 918Lhas partially dismantledd some years ago in preparation for a restoration that was never completed due to the owner’s illness. It was rescued by restorer and broadcaster Ant Anstead for Series 2 of Channel 4’s ‘For the Love of Cars’ in 2015. The work was undertaken by Ant and the team at restoration specialists MRH in Hertford. Firstly, the shell was fully stripped and assessed, then all welding repairs were completed before it could be painted in the original Saab Ambragelb Y8B, a very period yellow-gold. The original engine, gearbox and ancillaries were then rebuilt with new or reconditioned components and modern electronic ignition was fitted to improve cold starting and reliability.
The wiring and electrical systems were either renewed or restored and the fuel system was also completely rebuilt with modern materials. A single choke Weber carburettor was fitted in order to utilise its manual choke. The brakes, steering and suspension were also completely rebuilt with new components throughout and fitted with poly bushes. The interior was partially trimmed in a high-quality tartan material, as a poignant gesture to the Scottish heritage of its previous owner, Chris, who sadly died of cancer before completing the restoration.
As can be seen in the programme, our vendor Asif Ansari, paid a world record price for the model and made an emotional promise to Chris’ family to auction the car for a cancer charity. Asif donated the car to benefit the Brain Tumour Research Trust and immediately bought it back for £15,000, an incredible gesture.
We, therefore, have the honour of selling this very special Saab, with its 68,000 miles and MOT until November 2017, to benefit the remarkable work of Harrison’s Fund. We respect the generosity of Asif, and in doing so we are more than happy to donate 100% of the buyer’s premium.
For further information on Harrison’s Fund please visit their website https://harrisonsfund.com. 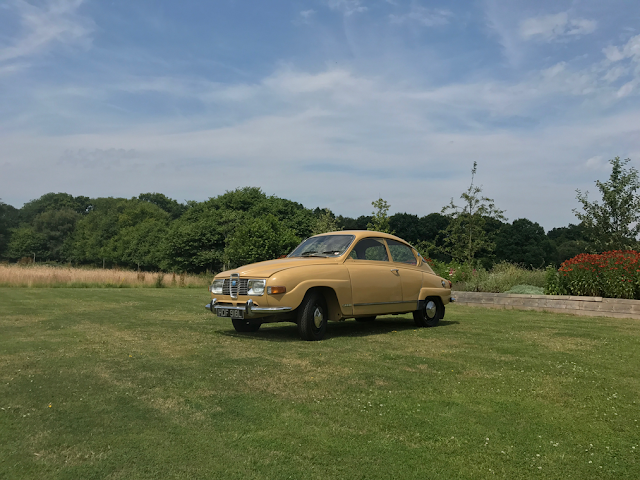