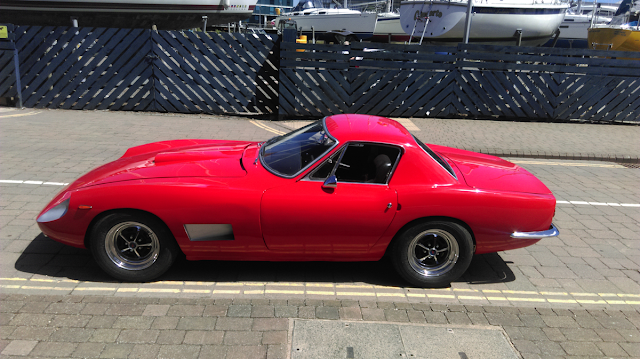 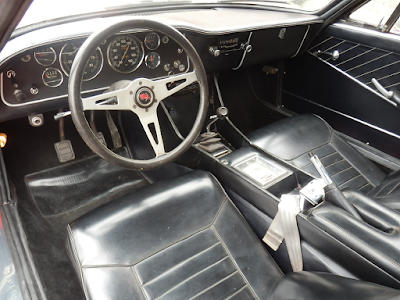 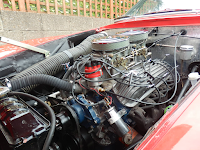 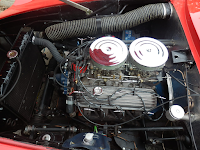 The new Intermeccanica was built and assembled entirely in-house in Italy and a deal was struck with Ford to supply the mechanics. The hand-crafted, steel-bodied 'Torino' was born and proved successful in both coupé and convertible forms. The car was later renamed the 'Italia' in late 1967 in the interest of keeping relationships with Ford healthy as they planned to call one of their new models by the same name.  This highly successful elegant, sexy sports car caught the eyes of discerning car lovers.
The car offered here Chassis #40052 is documented in "Intermeccanica, The Story of the Prancing Bull" as the second Torino Coupé produced and the 7th car to roll of the production line. This very early car benefits from being fitted with the Ford 289 Hi-Po V8 engine of 271bhp and close ratio, top-loader, 4-speed gearbox. This combination was only fitted to the first 24 Torino's and it's suggested in the book by the founders of Intermeccanica that this engine/gearbox batch was made available to them following a cancelled order from the Shelby Cobra program. Subsequent cars had to make do with the Ford 302 and later, the 351 Cleveland, which was detuned and restricted due to American emission laws.
#40052 was purchased by our vendor in New York in 2015 as a restoration project, having not been run since 1982. A full and sympathetic restoration was completed over a period of around two years where everything was restored, refurbished or replaced as appropriate. The car has only completed a few miles since this restoration and will require a proper post-restoration shake-down before being subjected to extensive use.
Critically, the car retains all its factory-installed suspension and running gear, including the all important and valuable Hi-Po engine. When purchased, the engine was fitted with a Shelby dual-quad intake manifold and dual Holley 4-barrel carbs. Whilst it is unknown if these were later additions, but they have certainly been with the car since 1982 and so were incorporated into the restoration as an integral part of the cars history.
The bodywork was restored and repainted whilst the mechanics were dismantled and rebuilt with new parts, as necessary including the engine which was similarly stripped and reassembled using as many original/new-old-stock parts as practical.
The interior was retrimmed with the exception of the centre console and the seats, which once carefully cleaned, were deemed in good enough condition to keep original.
Presented with the car is a history file, which includes many receipts from the restoration. Some parts not utilised in the restoration come with the car including the Remote Brake Booster (replaced with a more modern equivalent), dual points distributor base plate (replaced with magnetic pickup), spare specially constructed mechanical tach drive cable etc. Copies of 1970's and early 1980's newsletters from the Intermeccanica Owners Club (of America) are available on the Internet and include an insight to the previous owners use of the car and provide interesting reading and a valuable source of information on these rare cars. 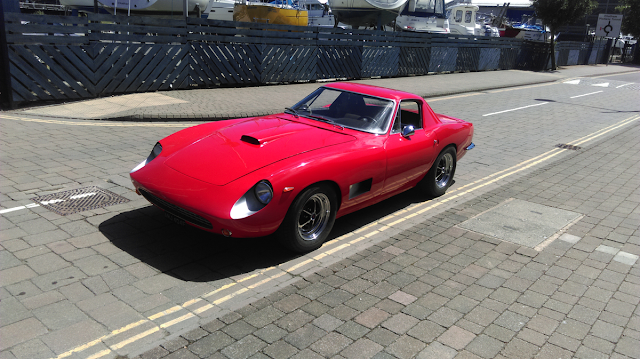 This, left-hand drive, Italia Coupé is a good looking car with lots of styling cues from other Italian exotics, and with its big American V8, is remarkably quick and handles well. One thing for sure, you're unlikely to see another one. 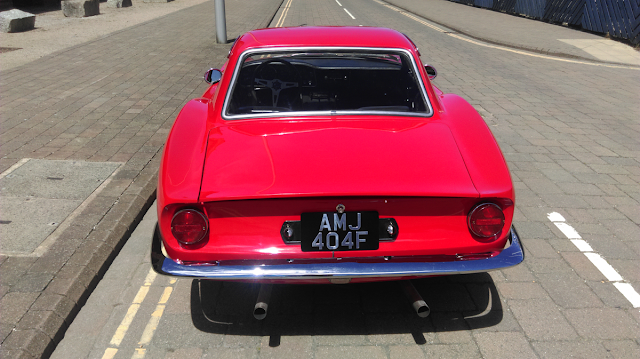