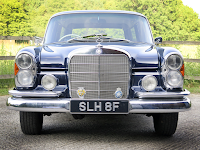 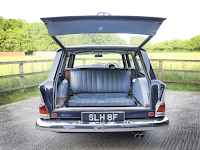 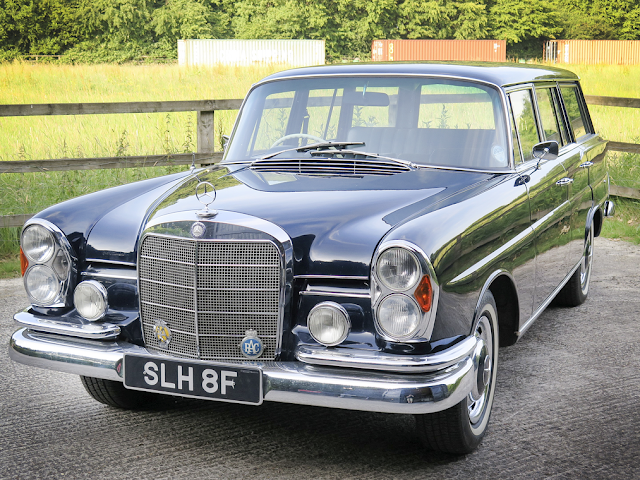 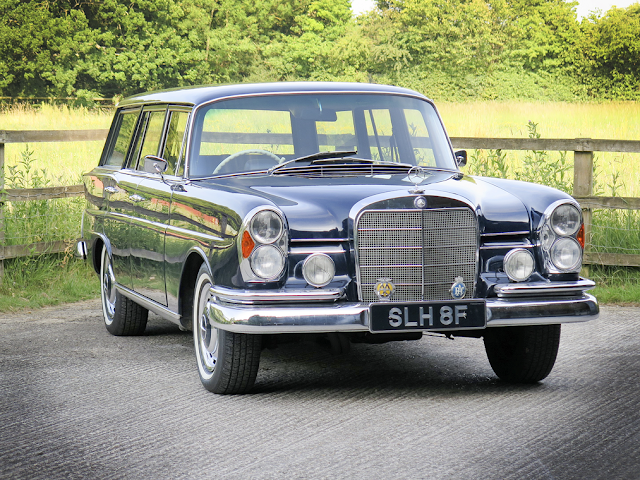 The futuristic looking 'Fintail’, launched Mercedes-Benz to new levels of sales worldwide. It was an amazing success mostly due to its simple and square contours, although it is not remembered for its looks, more for its reliability, durability, and excellent Teutonic engineering standards. It ended nearly a full decade of the Ponton family (1953–1962), thanks to which, Mercedes-Benz went from a ruined post-WWII marque to a world leader in the automotive industry. It was succeeded by the W116, the first model to carry an 'S-Class' in the range, a name that is now synonymous with luxury and innovation. 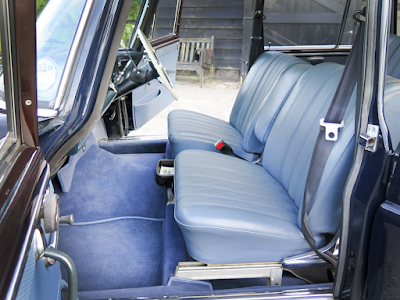 Offered here is an exceedingly rare Mercedes-Benz 230S 'Universal' in original right-hand drive form and it's possibly one of just three UK estates ever produced. In 1967, it was delivered by the factory to IMA of Mechelen Belgium, the coach works that converted Mercedes-Benz saloons to estates for the German market. When finished, it was supplied through the UK dealer network as a special-order vehicle and, at the time, would have been incredibly expensive at around three times the price of an equivalent estate from Ford or Vauxhall, so was only of interest to a very few well-heeled individuals on this side of the Channel. This particular Universal is rarer still being based on the Series II fitted with the signature stacked twin headlights of the later Saloon and Coupé models produced until 1972. 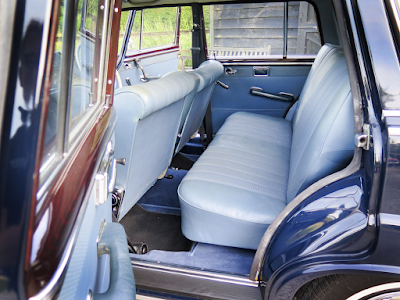 It has been part of a small Mercedes-Benz collection owned by a true enthusiast who recognized the rarity of the Universal several years ago. Still carrying its original UK attractive registration number, he acquired the Mercedes from  Peter Jones, a prominent figure in the M-B Owners Club. One of the features of this Universal is the fitting of a third row of seats by IMA making it a true 7-seater and may well have led to the factory adding just such a conversion to their options list in years to come.  It retains its original Ivory steering wheel, dashboard knobs, and its period Blaupunkt radio During the previous owners tenure-ship, the engine has been uprated to a 2.8-litre unit making this stylish estate a true performer. 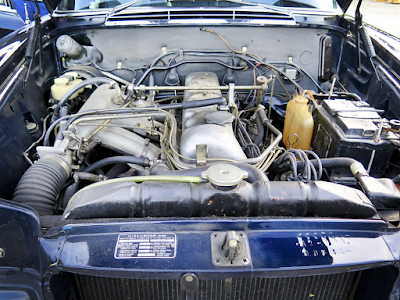 The car looks splendid and appears to stand 'all-square'. It's finished in Dunkelblau and presumably, the interior has been restored at some stage as the Sky Blue leather and Cornflower Blue carpets look excellent. Complete with a full MOT.
This beautiful timeless classic has to be the ultimate seven-seater estate and would grace any event worldwide. Original and usable, get the picnic sets out and let's get off to Goodwood.! 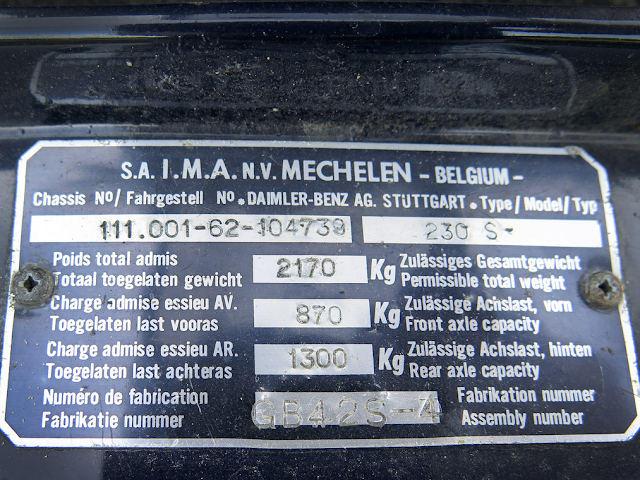