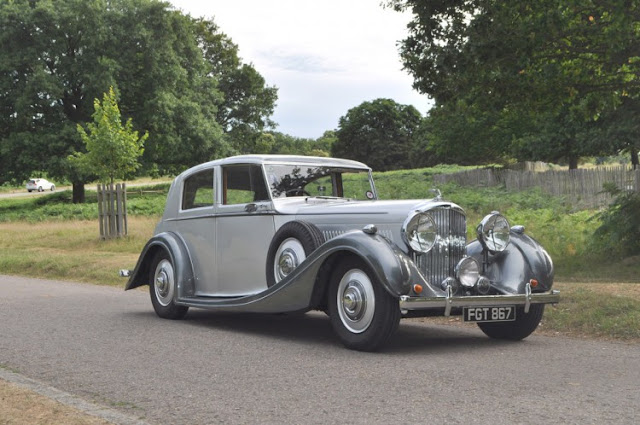 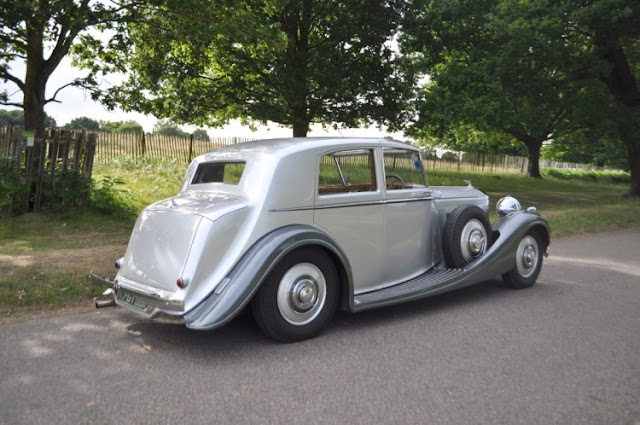 .By the end of the 1930’s the ‘Derby’ Bentley, introduced towards the beginning of that decade following the firm’s take-over by Rolls-Royce, had undergone a number of significant developments, not the least of which was an increase in bore size in 1936 that upped the capacity to 4,257cc; a move that coincided with the adoption of superior Hall’s Metal bearings. This new engine was shared with the equivalent Rolls-Royce – the 25/30hp – and as had been the case with the preceding 3½ litre model, enjoyed a superior specification in Bentley form, boasting twin SU carburetors, raised compression ratio and a more sporting camshaft. Thus the new 4¼ litre model offered more power than before while retaining the well-proven chassis with its faultless gear-change and servo-assisted brakes. 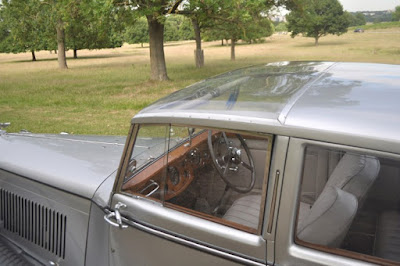 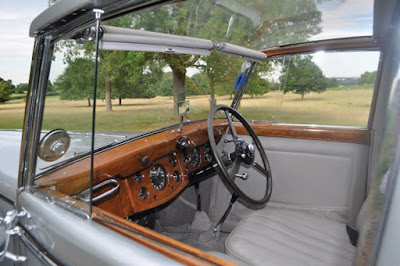 The construction of modern highways in Continental Europe, enabling cars to travel at sustained high speeds, that had prompted the introduction of Hall’s Metal bearings, would lead eventually to the adoption of an ‘overdrive’ gearbox, improved steering and lubrication system on Bentley’s ‘Silent Sports Car’, with the introduction of the ‘MR’ series cars in 1938. This car has chassis number B28MR and is, therefore, the 28th such car.
The Derby Bentley was, of course, an exclusively coach built automobile. Of the 2,442 manufactured, almost 50 percent were bodied by Park Ward in a limited number of styles. This particular example though was bodied by H.J. Mulliner as one of a handful of ‘High Vision’ saloons built by them; it was exhibited on their stand at the 1938 Earls Court Motor Show and is thought to be the only example with a full Perspex roof over the front seats, rather than just a small strip. It is also said to be the highest priced Derby Bentley ever sold; possibly because of the high price of Perspex, which had only been invented a few years earlier. 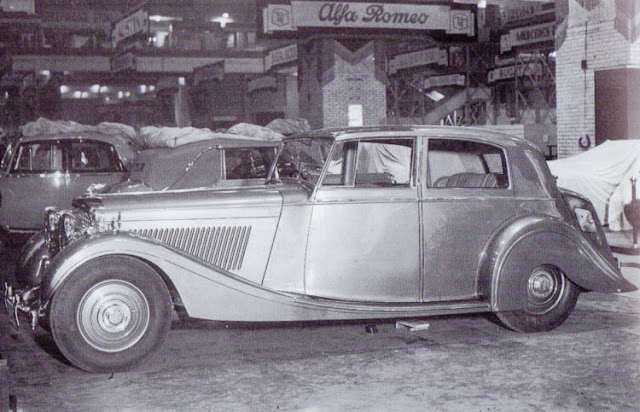