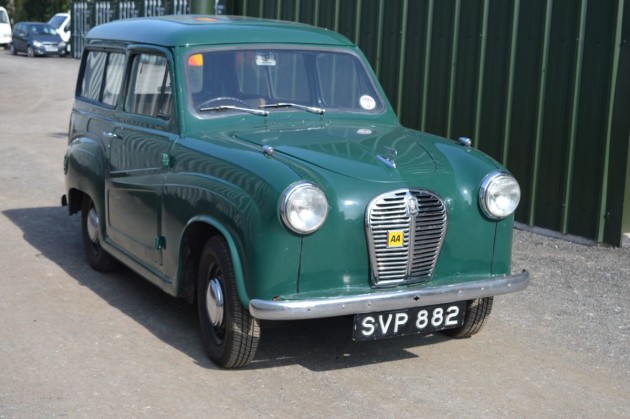 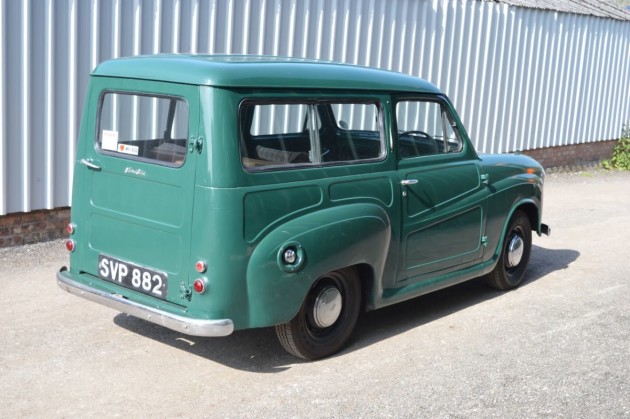 Launched in 1951 to compete with the rival Morris Minor, the A30 marked a radical departure for Austin as it was their first model not to have a separate chassis, featuring instead a fully stressed monocoque that was much lighter and stiffer.
It was also the first car to feature the new ‘A-Series’ overhead-valve 803cc engine which produced some 28bhp, sufficient for a top speed of 70mph and 42mpg economy. The braking was a hybrid system, with fully hydraulic drum brakes up front and rod operated drums at the rear. The suspension was by way of independent coil springs at the front end and beam axle/semi-elliptic leaf springs at the back.

Initially only available as a four-door saloon, a two-door version was launched in 1953 and Countryman estate and van options became available the following year. The two-door cost £475 at launch, some £30 less than the four-door. The A30 remained in production until late 1956 when it was replaced by the A35, almost identical but with a slightly larger 948cc engine producing 34bhp.
A common trick at the time was to buy the van version and fit it out with rear seats and side windows, turning it into what was in effect a Countryman estate without having to pay the punitive purchase tax. 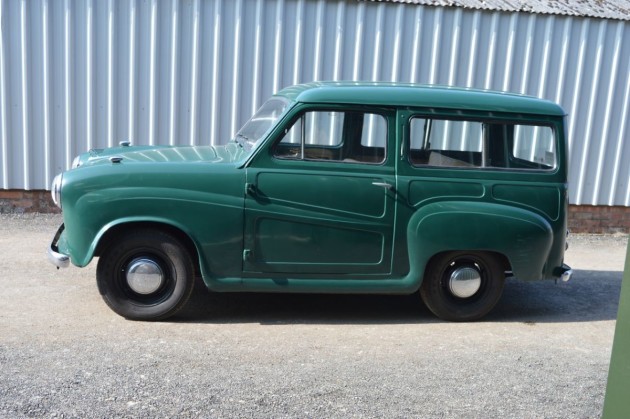 Consequently, original Countryman are extremely rare, especially as they were prone to tin worm. Many van conversions used the Countryman’s seats and rear windows, purchased through the parts department at the local Austin agents. The key distinguishing feature is the roof, the Countryman omitting the pop-up roof vent seen on the van derivative.
Earlier models also included anti-drum, heavily-shaped doors and side panels, items dropped on later models to reduce cost. This cute 1956 A30 has these features and also lacks a roof vent proving its first owner gritted his teeth and paid the purchase tax at the time.
It retains its original buff logbook, old-style logbook and current V5C which shows just two registered keepers in its lifetime. The first owner sold it in 1986, the Countryman being in a bit of a state by then, its new owner undertaking some welding and restoration at around that time. 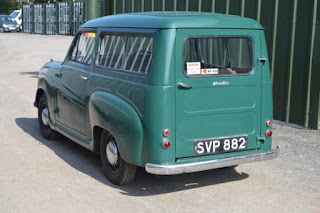 Various photos on file show the extent of the work, which is still sound enough for it to get a MOT, its current ticket expiring in October 2017, although as the car dates from 1956, it doesn’t actually need one. There are a further five old MOTs on file along with a workshop manual.
Little used of late, the vendor has decided to part with this rare and genuine Countryman which is ready to use and improve. 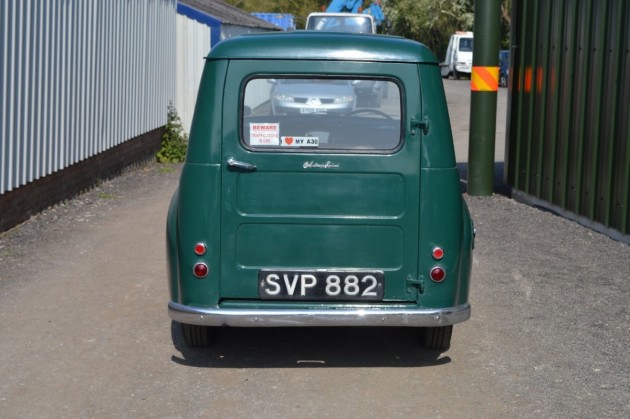