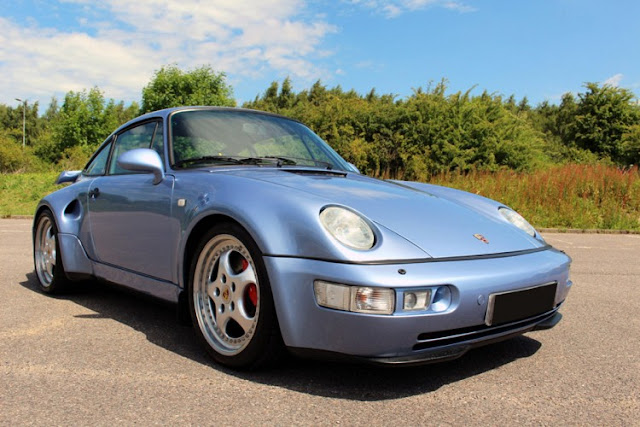 The Porsche 964 is the company’s internal name for the Porsche 911 manufactured and sold between 1989 and 1994. Designed by Benjamin Dimson in 1986, it featured significant styling revisions over previous 911 models, most prominently the more integrated bumpers. It was the first generation 911 to be offered with Porsche’s optional Tiptronic automatic transmission and all-wheel-drive as options.
Porsche introduced the 964 Turbo model in March 1990 as the successor to the 930, choosing to adopt the well-proven 3.3-litre engine from the 930, with several minor revisions that made the engine smoother, less prone to turbo lag and more powerful. Power was improved, with an output of 320PS (240kW or 320bhp) at 5750 rpm. A total of 3,660 of the 964 Turbo were built, across all markets.
Coys are delighted to offer this very special 964 Turbo, developed with no expense spared by Richard Chamberlain of CTR Developments. The 964 was the personal project of a 911 obsessive with the single aim of driving over 200mph in his dream specification 964 Turbo. The base car, a factory 964 Turbo, was installed with a genuine 993 GT2 Evolution motor fitted with twin K27 hybrid turbos, Motec race engine management system and BTB Inconel exhaust. Braking is taken care of with 993 ‘Big Red’ brakes and Pagid pads, the nd suspension is revised with the highly regarded KW Clubsport kit. The bodywork was entrusted to specialist Paul Conboy, who performed the conversion to Flachbau specification. Paul removed the rain gutters to improve aerodynamics, installed a light weight RUF-style sunroof, and painstakingly re-profiled the rear scoops to increase airflow to the intake system. The cabin was finished in Turbo S Clubsport lightweight style components and completed with an AIM full digital dash.
Driven by successful racer Richard Chamberlain after extensive testing by Judd Developments and CTR, this astonishing car has achieved 212mph at Bruntingthorpe, whilst still offering the long driving comfort of other road going GT cars. As testament to the work completed, the 964 featured on the front cover of Issue 208 of specialist title 911 & Porsche World with the headline ‘WILD THING – 212MPH AND COUNTING, THE FASTEST 911 WE’VE EVER TESTED’
With accompanying receipts of over £250,000 this is possibly the best developed 964 Turbo in existence. A very well thought out, packaged and executed Porsche, and one of the very fastest cars on UK road today. The 964 will be offered with a full history file, UK V5 document and current UK MoT Certificate. 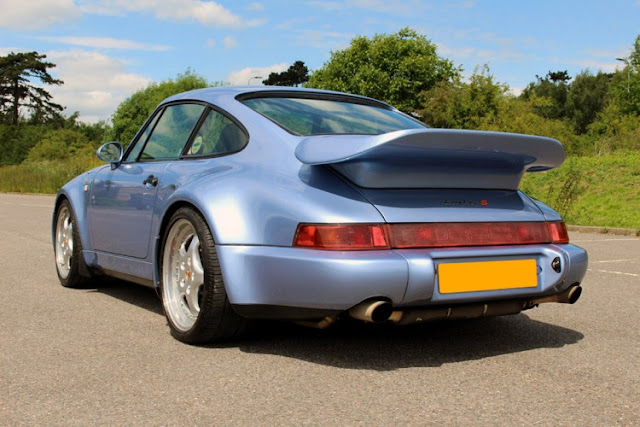